Missionary Moment: The Mailman Prayed in Silence for Many Hours 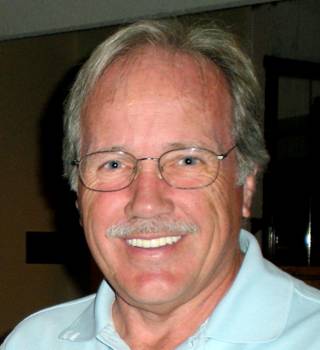 Being a mailman on a quiet rural route, gives a mailman plenty of time to think in silence.    However, Jamie Zeigler, a mailman in our rural area, often held daily conversational style prayers with his Heavenly Father.  Mr. Zeigler described to us missionaries that just before he met us, he prayed fervently for many hours to ask God to provide direction to help his family.

Two weeks later, Brother Mac Haddow, a member of our ward, who owns a home on Mr. Ziegler’s mail route, felt inspired to call Mr. Zeigler and invite him over for dinner and  to meet the missionaries.  I was standing next to Brother Haddow when he made that first telephone call.  It was like music to my ears.  Usually ward members just give us the name of a person they know, but they often ask us not to even mention their name.  Here was a member who not only was willing to give us a referral, but he did it right in front of us by calling his mailman over for dinner!

As best I can recall, the conversation went something like this;

Jamie Zeigler then politely replied to Brother Haddow that he would talk it over with his wife.  Within minutes of the invitation, Mr. Zeigler telephoned back to say that he and his wife were happy to accept the invitation to dinner and to hear the missionaries.

The dinner with Jamie Zeigler, his wife Tammy and their children started with a bit of nervousness in the air.  The family was nervous about what to expect, and we were also worried about presenting a spirit filled lesson.  We did not want to disappoint Brother Haddow.  He is a prominent lobbyist on Capitol Hill, and a former Chief of Staff of Utah for Senator Orrin Hatch.  Fortunately, due to the wonderful Haddow family, the dinner was wonderful, the spirit was strong, and our message about the restored gospel all combined to generate a desire with the Zeiglers to learn more.

The following Sunday, Mr. Zeigler and his son attended our church.  Later that afternoon, Brother Haddow called us to report that Tammy Zeigler had called him after church to thank the Haddows because her husband and son had just returned from church excited about what they had heard and felt in their hearts.  She asked if she and the other family members could attend church the following Sunday.

In our next lesson, we invited the family to be baptized.  They promised to read and pray together as a family and seek divine guidance.  They did pray and received a strong confirmation from the Holy Ghost that they should be baptized.  We soon started to teach them the rest of the lessons in their own home.  However, the sight of Mormon missionaries coming and going into their house caused quite a stir with their neighbors.  Some of the neighbors started to treat the Zeiglers differently than before.  Their family was not invited to attend the neighborhood BBQ and other negative treatment continued to grow.

Thankfully, the ward members immediately stepped in to fill the void.  One ward family invited the Zeiglers over for a BBQ dinner not even knowing that the Zeiglers were being ostracized by their neighbors.  The church members became an immediate source of new friends that the Zeiglers so desperately needed.

In just six seeks from their first introduction to the missionaries, Brother and Sister Zeigler and two of their children were baptized.  I was honored to perform the baptism for Sister Tammy Zeigler.  Within weeks of the family’s baptism, Brother Zeigler’s mother was also taught the lessons and was baptized.  The Zeigler family then became a great source of referrals for the full-time missionaries.  In their first two months as members of the church, the Zeiglers gave the missionaries over twenty new referrals of their friends and relatives.  Brother Zeigler soon received the priesthood and the family went to the temple the following year.

This story was a huge success because of the efforts of many people.  God answered Brother Zeigler’s sincere prayers by using a member of the ward to invite the family over for dinner and hear a missionary lesson.  The Zeiglers used their agency to accept and act on the new gospel truths they heard from the missionaries and followed the promptings of the Holy Ghost to be baptized.  Righteous new friends from the ward fellowshipped the family into full fellowship with the Saints.

I hope now that I am home from my mission, I’ll be able to be an instrument in the Lord’s hands like Brother Mac Haddow and help provide the missionaries with quality referrals by fully participating in the process. 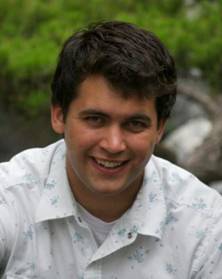