How You Say It Really Matters! - Effective Elocution | Meridian Magazine

How You Say It Really Matters! – Effective Elocution 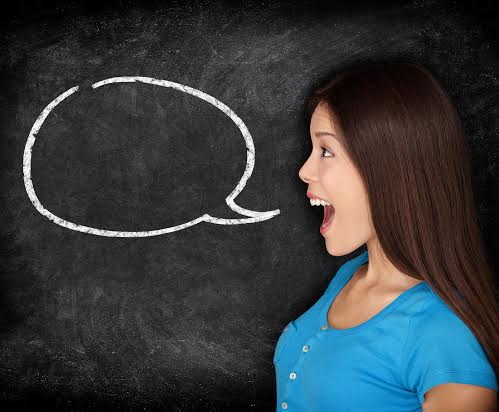 During my young years I developed some deplorable communication habits. Frequently I interrupted people, said wrong things to the wrong people, spoke too often, and had emotional speech. Even though I was good at presenting myself with proper posture and other manners, I was often lacking dignity of speech which led my friends and family members to become annoyed and frustrated by my talking. As I look at it now, I see that I was very controlling with my words.

To help me self-govern my speech, my father would often repeat a phrase that has changed my life as well as my elocution. He said, “Master your mother tongue and you will make a mark on the world that will be noticed.” This was one of my first lessons in self-government. I knew I needed this lesson and tried my best to figure out how to heed the wise advice my father gave me.

What I Learned About Effective Communication

2. Speaking deliberately (on purpose with a plan) requires confidence, trust in others to be able to learn, and honesty of speech.

Someone recently asked me the difference between being deliberate and being assertive. She said that she sees them as the same thing. I told her that in my mind, they were different. You see, even a passive person can be deliberate. If I was deliberately passive I would have confidence in my choice not to share my thoughts and opinions. As a passive person I could deliberately trust that my input is not needed in a situation because others can learn for themselves. Since being truly passive is usually based on selfishly preserving comfort in situations, and emotions lead to staying in a comfort zone, even passive people who are deliberate are not as free from emotional bondage as someone who is assertive and deliberate.

When I recognized that both of these character attributes were essential to my happiness I made a choice to assertively speak up, and deliberately, confidently, share the truth and understand how people think and feel.

3. Diplomacy is essential. After I started deliberately seeking to understand the communications of others so that I could improve conversations and become less selfish I recognized that when people truly understand others they usually choose to have diplomacy.

In Webster’s 1828 Dictionary diplomacy is defined as “the customs, rules privileges and forms of negotiation” and daily conversation. This means that though out history people have practiced a certain kind of respect in conversation. This respect is based upon understanding their role in a certain setting, and having an understanding and respect for the person being addressed.

Diplomacy is often used by ambassadors. Since that is the case that means if I am going to be diplomatic then I need to know who I am an ambassador for. Each day I am on God’s errand. I am his ambassador no matter who I talk to, so I need to seek to understand those I talk to and value them as God does while conversing.

Diplomacy has changed me. It is one thing to share thoughts calmly, assertively, and deliberately, but it is quite another thing to have diplomacy. This is how it looks.

So, if children are diplomatic, they respect their parents and say “okay.” If parents teach and correct their children effectively they are diplomatic too because it fits their role and the social expectations of who they are supposed to be to the child.

Diplomatic people carefully watch their voice tone and show understanding in their words and actions.

Diplomatic people can and do accept no answers and disagree appropriately in all relationships.

When one person is diplomatic and seeks to understand the other person, then the second person will naturally start to practice diplomacy too. It is contagious!

Diplomacy, assertiveness and deliberate action are essential for being understood, being an effective leader, changing peoples’ minds and hearts, and communicating calmly, confidently, and effectively. And, when a person can communicate in this way, they are happy.

To free yourself and your family from emotional communications practice assertive, deliberate, diplomatic conversations.

In my teens I recall MIA, the precursor of the YW/YM program, including formal debate, time for talks in opening exercises and play productions. Is it just our area, or have these programs been totally eliminated? The road shows were a blast. Write an original show, take it on the road to 4 or 5 wards with a timekeeper assuring you got on and off the stage in a set period of time.