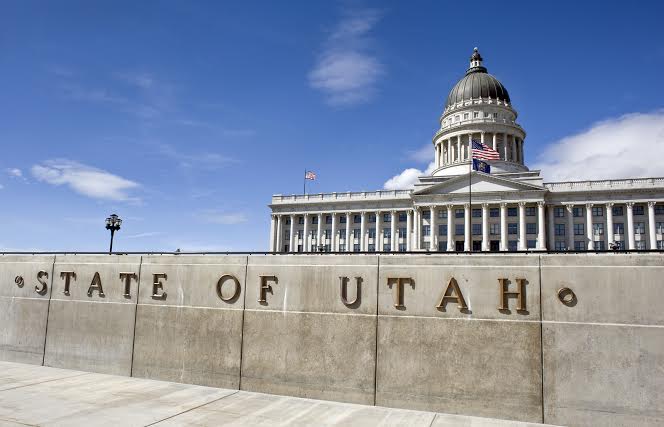 In a move that is both arrogant and irresponsible, one district judge overstepped his bounds, trampled the constitution of Utah, ignored the clear will of thousands of voters and imposed same-sex marriage on Utah on Dec. 20.

Even for those who watch these legal issues closely, it was a side-swipe, a surprise and a show of power in this movement that same-sex marriage could be imposed so suddenly on a state that is clearly religious and conservative and where 2/3 of its voters had spoken in a 2004 election. Utah became a poster-child about how powerless citizens may be in the steamrolling of this same-sex marriage movement across the country.

U.S. District Judge Robert J. Shelby struck down the marriage amendment in Utah’s constitution, writing in a 53-page ruling that gay and lesbian citizens have a “fundamental right to marry,” a right that the judge seemed to construct based on his own creativity and the merest thread of pieced-together legal precedent.

The decision was made without benefit of a trial, acting on a motion for summary judgment.

That a federal judge would impose same-sex marriage on a state flies in the face of the Supreme Court’s reasoning when the justices struck down section 3 of the Defense of Marriage Act, decided in the Windsor case in June of this year. Here they struck down a piece of the federal law which defined marriage because they said it interfered with New York’s capacity to make its own laws about marriage.

In that case Justice Anthony Kennedy, writing for the court, said that “the tradition of recognizing and accepting state definitions of marriage” was a key reason the federal government could not uphold a federal definition of marriage. Justice Kennedy said, that the court recognizes that by both history and tradition, the definition of “marriage” has been treated as being within the realm and authority of the states.

The Supreme Court stopped well short of saying that marriage was a “fundamental right” of gay citizens as Judge Shelby asserts.

The Deseret News editorialized, “As we scour the legal landscape, we find no 10th Circuit or Supreme Court precedent that prevents Utah from adhering to a traditional definition of marriage. Nonetheless, Judge Shelby’s blithe mix-and-match approach to legal argumentation has, for the time being, created a new class of same-gender applicants deemed married’ under the Utah Constitution.”

To add insult to the injury, the judge did not simultaneously issue a stay in the enforcement of his decision, pending an orderly appellate review, thus opening the door to chaos.

Though Utah’s Acting Attorney General Brian Tarbet immediately sought an emergency stay of the decision so that the case may have an orderly appeal in the higher courts, the Salt Lake County clerk’s offices were quickly opened to issue marriage licenses for same-sex couples with employees extending the hours of the office.

Word spread quickly and at least 100 same-sex couples came for licenses. The Weber County Clerk’s office specially opened on Saturday where about 300 people showed up hoping to get marriage licenses.

Brian Brown of the National Organization for Marriage said, “The rush to issue same-sex marriage’ licenses in Salt Lake County before the ink is even dry on Judge Shelby’s decision is unseemly and an insult to the people. This is one of the most important issues facing the state and country. The constitution of the United States is not changed because a single judge says it should be. This critical matter needs to be considered by the higher courts immediately.”

He also noted, “This ruling should concern every American who cares about the rights of citizens and their involvement in determining the laws that govern us. This trend of vetoing the voters from the bench must be stopped.”

In this case, with the help of the Salt Lake County clerk’s office, same-sex marriage was steamrolled into Utah.

The Church of Jesus Christ of Latter-day Saints issued this statement following the ruling on Friday:

“The Church has been consistent in its support of traditional marriage while teaching that all people should be treated with respect. This ruling by a district court will work its way through the judicial process. We continue to believe that voters in Utah did the right thing by providing clear direction in the state constitution that marriage should be between a man and a woman and we are hopeful that this view will be validated by a higher court.”

If Judge Shelby’s ruling is upheld, Utah will become the 18th to permit same-sex marriage, along with the District of Columbia. Same-sex marriage has been mandated by courts in Connecticut, Iowa, Massachusetts, New Jersey and, just last week, New Mexico. Only once before, in California has a federal court stepped in to void a state constitutional amendment adopted by popular vote.

What the national media saw in this was another opportunity to celebrate gay marriage, with little mention of the barren legal precedents the judge used or the smashing of the people’s expressed political will in a state that clearly does not support this.

CNN called the county clerk’s office a “joyful mayhem”. AOL said it was “a jubilant affair” as cheers broke out.

The Deseret News, however, said, “How marriage is defined in American society is admittedly one of the great legal and political contests of our day. But in that contest, one would hope for fair play… Efforts to overturn the constitution of a state must involve greater care and deference than pre-trial proceedings. Such a decision, subject to full substantive review by an appellate court, should prudently preserve the status quo until that review is complete.”

I agree with Harold that this is beyond SSM - it is about judicial activism towards limiting free speech.

Perhaps if our judges and courts included clear wording in their proclamations which reaffirmed the right of any American to speak out against any lifestyle they oppose--such as same sex marriage---then this bitter pill wouldn't be quite so intolerable. Unfortunately, the next step is for the legal system to dictate that any public denouncement of cohabitation, polygamy, or same sex marriage is subject to civil fines and criminal prosecution. That is when we know the courts have completed their task of taking all free rights away from the people.