Experience Is The Edge | Meridian Magazine

Experience Is The Edge 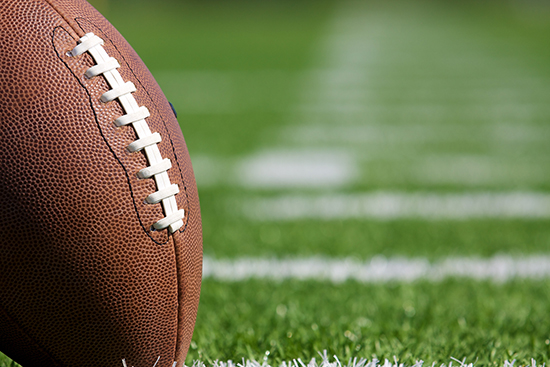 Lenny came rushing into my first hour class waving a newspaper. “Howard, have you seen the newspaper?”

“Yeah,” I replied. “Except for the fact that I could read it on my own, and then you would miss out on being the first to show me.”

He knew I had him there. He shoved the newspaper at me. “Here. Look for yourself.”

The section he had the paper turned to was the listing for the all-conference, and all-state football team nominations. I smiled. “You made all-conference. Congratulations.”

I was surprised, and scanned the list to see if he was telling the truth. Sure enough, I was listed in all-conference for offensive guard and on the state team for defensive tackle.

I guess the look on my face must have spoken my feelings because he laughed. “Hey, don’t be so surprised. You’re one of the best.”

I scanned for one other name, and sure enough, Wade was there for all-conference offensive tackle.

I thought back to the previous year. I had been a junior. My dad had previously only allowed us to compete in one sport, due to the amount of work to be done. But when I kept up my chores and my sport too, he gave me permission to do more if I also kept good grades.

I could remember my first football practice. I had never even seen a game on television, so I made a ton of mistakes, and my teammates teased me a lot. That just steeled my resolve and made me work that much harder. I made the varsity cut, and everyone was surprised, but no one more than me. Coach just laughed when I asked him about it. “Howard, you’ve got more heart and determination than anyone I know.”

Then came a day I will never forget. Coach pulled 40 of us juniors who were on varsity into a special meeting. “Men,” he said, “you have earned your varsity letter, but with the large, experienced senior squad we have, you will likely never get to play. I want to give you the opportunity to drop down to junior varsity if you would like. I can pretty much guarantee if you do you will get lots of playing time. Just come see me if you want to do that.”

Everyone knew that would be a loss of prestige. The attention from the cheerleaders and other students would be gone. So when I told Lenny I was going to JV, he was surprised. “Man, you’re crazy. No one cares about you on JV.”

I laughed. “That might be a good thing as many mistakes as I make. But more importantly, I joined up to play football, not to warm the bench.”

Only two of the 40 players went to JV – Wade and myself. When the varsity players were honored in assemblies, we might be mentioned, but we were usually left out. When varsity lockers were decorated, ours were conspicuously left undone.

But on JV, Wade and I became a powerful duo as offensive tackle and offensive guard. I also found I had talent at defensive tackle, earning the honors of most tackles and most sacks for the season. I made lots of mistakes, but I learned a lot.

Then, in our senior year, Wade’s and my experience showed as we moved to varsity, and we started in offense. I also started in defense and became the team kicker. We received lots of accolades, but mostly we had fun.

As my thoughts turned back to the paper, I scanned it for the names of the other 38 who didn’t go to JV, but none were there. Later, when Coach came to congratulate me, I mentioned that I was surprised none of them made it. “Many of them are more talented than I am,” I said.

“That might be,” he replied, “but experience and hard work will eventually edge out talent every time.”