Helping Men (and Boys) Be Honest and Accountable | Meridian Magazine

Helping Men (and Boys) Be Honest and Accountable 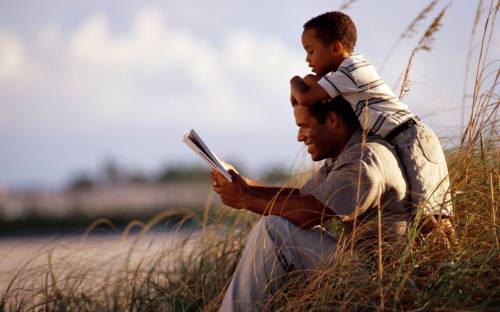 For the record, dishonesty, manipulation, and blame-shifting aren’t exclusively male problems. We all know women and girls who do the same. Nevertheless, a frequent issue that I encounter in my therapy practice is the complaint by women that their boyfriends and husbands often lie to “get out of trouble.” They also say that these men avoid responsibility for their actions by justifying, minimizing, and pointing fingers at others. Mothers and fathers often observe same behavior in their sons. The good news is that you can help the men and boys in your life to be honest and accountable by creating an environment where shame is eliminated, imperfection is accepted, and improvement is promoted not by control, but by “persuasion…gentleness and meekness, and by love unfeigned” (D&C 121: 41).

Why Men and Boys Struggle with Honesty and Accountability

Not all men and boys have a problem with dishonesty and responsibility, but enough do that the reasons are worth examining. From a young age boys are socialized to have a strong aversion towards feeling ashamed. Unlike many little girls, who are soothed when they cry, boys are frequently told to wipe away their tears and toughen up. As a general rule (of course there are exceptions), girls learn that being vulnerable draws people near while boys learn that vulnerability pushes people away. In this, and in many other ways, the message is conveyed to boys that “weakness” is intolerable. Their vulnerability leads to shame.

This continues in school. Being picked last for kickball, for example, makes one feel terribly humiliated (I should know, because it happened to me all the time). Losing in any competitive event can cause overwhelming embarrassment; indeed, winning matters so much largely because it eliminates the stigma of losing. If you insult a young man or his mother you can bet that “them’s fightin’ words,” because putting the offender in their place eliminates the shame of the insult as well as the perceived weakness of simply walking away (of course, it is our job to teach our boys that “turning the other cheek” is actually a tremendous display of courage).

The fear of appearing weak, and the humiliation that accompanies it, drives the stereotypical male behaviors of not asking for directions, refusing to read instructions, and other instances where men must appear, at all times, to be in control and know what they’re doing. Admitting that they don’t know something, or that they’ve made a mistake, often leads to an intense fear that others will think less of them.

This is why so many men justify their actions, place the blame on someone else, minimize the seriousness of their mistakes, and speak dishonestly. They lie to the ones they love (or tell half-truths) out of fear that admission of error or guilt will lead to disappointment, disapproval, and, you guessed it, shame.

How Can You Help?

While it is no one’s responsibility to “fix” anyone else (they have to make that decision for themselves), you can help by creating an environment where imperfection is nothing to be ashamed of. Indeed, we all make mistakes and come up short (Romans 3:23). While it’s okay (and at times necessary) to express hurt or disappointment to the men and boys in your life, this should always be explicitly directed at the behavior, not at the person. This means no name-calling, no labeling, and no uses of the phrases “you always” or “you never.”

When males confess a mistake or apologize for wrongdoing, they’re being vulnerable with you, which is probably a huge risk for them (remember, many have been socialized to believe, on some level, that vulnerability pushes people away). Reinforce their honesty and responsibility-taking by openly recognizing the courage it took to tell the truth and by letting them know how much it means to you that they’re taking ownership of their actions.

Be sure to express genuine love for the person (D&C 121:43-44). They need to know that you respect them more for telling the truth and starting to make amends, not less because of their mistakes. It’s amazing how easy honesty and accountability become when they lead to increased closeness. Now of course, I’m not suggesting that anyone be let off the hook; consequences are often a necessary part of penitent self-improvement. What I am saying is that healthy guilt (which is directed at the behavior) can encourage positive change, but shame (which is directed at the person) often triggers defensiveness, manipulation, and dishonesty.

Paul spoke of the difference between healthy guilt (godly sorrow) and shame (the sorrow of the world): “Now I rejoice, not in that ye were made sorry, but that ye sorrowed unto repentance: for ye were made sorry after a godly manner, that ye might receive damage by us in nothing [i.e. their sorrow was not due to the criticism or hurtful words of others, but because of their own poor behavior]. For godly sorrow worketh repentance to salvation…but the sorrow of the world [i.e. shame, hopelessness, and self-loathing] worketh death” (2 Corinthians 7:9-10, emphasis added).

While the men and boys in your life are ultimately responsible for how they act, you can make it easier for them to make the right choices by eliminating shame and by reinforcing honesty. Also, it must be said that while the socialization of girls and women is often different from that of males, these principles usually work with them as well.

Note: this article represents a combination of both the author’s insights and information from the book How to Improve You Marriage Without Talking About It, by Steven Stosny Ph.d and Patricia Love.

Jonathan Decker is a licensed marriage and family therapist in Saint George, Utah (visit his web site) and author of the book 250 Great Movies for Latter-day Families. You can contact Jonathan at (435) 674-6676, or email him at [email protected]. He’ll be having a private practice open house this Saturday, September 28, from 2-4 pm. All are welcome (details here).

I was shamed and my brothers were not made accountable nor responsible. However, I was blessed not to behave in these ways. They were. Sadly. These truths are valuable tools for everyone. Thank you for your insights and wisdom.

Becoming single from a divorce 6 yrs ago changed my life drastically. Married for 24 yrs, out of the dating world for 25. Dating has undergone extreme changes. Married men think it's okay to lie about their marital status and flirt & date women who are not their wives. After the painful experience of unknowingly becoming involved with a married man I decided to hold a male accountable for his actions. I let each male know that if he was truthfully single he hadn't anything to worry about. However, if he was in fact married or in a committed relationship, I would gather evidence then send it to the woman in their life as well as their Military Commander. These men would go on lying to & hurting other women with no accountability. Most likely some still are doing it. I wanted to make them really think about how it felt to be caught in their hurtful deceit even if only once.