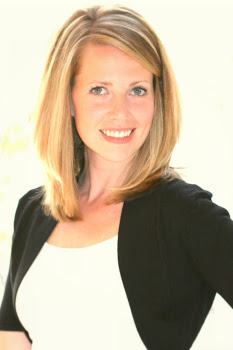 Sandra TurleyOn Thursday, March 7, acclaimed vocalists Dallyn Vail Bayles and Sandra Turley will be coming to the stage at the SCERA Center for the Arts! Both Dallyn and Sandra have toured internationally with the Broadway touring company of Les Misrables, including during its China premiere in Shanghai. Sandra Turley played the role of Cosette in Les Misrables on Broadway in New York City during the last 3 years of its original 16 year Broadway run.

Dallyn Vail Bayles has also performed with the Broadway touring company of The Phantom of the Opera, where he understudied and performed the roles of the Phantom and Raoul.

This will be a concert featuring timeless and contemporary musical theatre songs, as Bayles and Turley sing their favorites from Les Misrables, The Phantom of the Opera, Wicked, West Side Story, South Pacific, and many others from the best Broadway musicals.

One of the songs that Bayles will sing is “Bring Him Home” from Les Misrables, which he was performed in “Golden Days: A Celebration of Life,” the 85th birthday celebration of LDS Church President, Thomas S. Monson.

Last December, Dallyn Vail Bayles released his third solo album, “Some Enchanted Evening.” The album features many classic songs that will be familiar with those who love attending musical theatre, but also has many beautiful and moving songs from contemporary musicals.

Sandra Turley performed as “Ariel” in Disney World’s stage production of The Little Mermaid and currently is a presenter for Deseret Book’s popular Time Out for Girls Events. At the SCERA concert, Sandra will sing several of the songs on her debut solo album “on Broadway”, which was released in March 2012 with Shadow Mountain Records.

SCERA Center for the Arts