Hearing the People Sing: One day more until Les Miserables 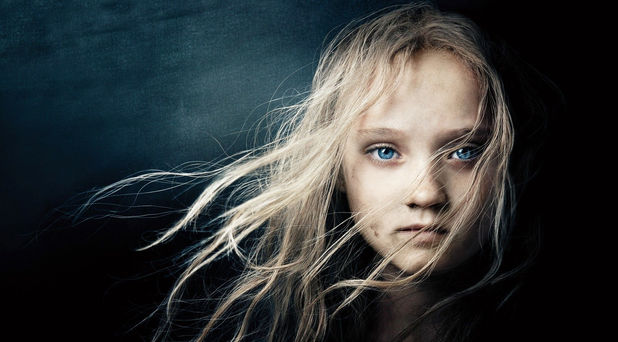 I went in to Tom Hooper’s film adaptation of Les Miserables justifiably skeptical. The piece was in capable hands, but attempting a project on this scale with decades of expectation is a risk that leaves a lot of room for failure. But when the first two chords of the overture boomed out through the theatre just as the camera moved in to reveal the first setting, those two chords that I’ve become so familiar with over a lifetime of listening to this musical seemed new to me when paired with such stunning, fresh imagery; I said out loud; “I can’t handle this!” to no one in particular.

And that is the experience of Les Miserables, opening this Christmas day, having the almost too-familiar become novel again through a new medium. With its intimately emotional performances and the storytelling opportunities that only film can utilize, it felt like I was hearing this story that I have literally heard dozens of times, for the very first time again.

Much emphasis has been placed on the unique approach that Tom Hooper took for a movie musical, by deciding against pre-recording the songs and having the actors lip sync to their own voices during filming. Though his technique of instead recording the songs live as they are filmed, means that you’re not necessarily going to want to run home and buy the movie’s soundtrack, it made these songs and these performances emotionally present in a way that cut right through you to the core.

Particularly of note was the performance of Anne Hathaway as the careworn and beleaguered Fantine. Though I am not necessarily a fan of her previous work, I would be in denial if I did not admit that she absolutely blew me away with her performance of I Dreamed a Dream. She portrayed the real heartache of a woman in such a helpless situation and you couldn’t help crying with her as the tears freely flowed in mourning “the dreams that cannot be.”

Tom Hooper made the strong directorial choice to use long takes and extreme close-up on many of the songs, which at times was at the expense of seeing the scale of things or the establishing picture of what was happening around the characters. It was a worthy sacrifice, however, as you instead grasped an understanding of what was happening by being invited to intimately understand each character’s emotional experience with their setting through such close, lengthy shots. Long enough shots that the 21st century attention span should’ve wandered, but the audience sat riveted. 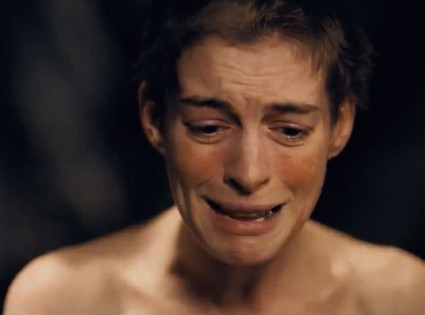 Eddie Redmayne commanded his close-up as Marius in Empty Chairs at Empty Tables. It is a song I often forget about, but he made it unforgettable. His performance became more compelling as the film progressed and he joined the revolutionary ranks with notable performances from Aaron Tveit as Enjolras and Daniel Huttlestone, who managed to punch out the perfect attitude as the small, but cheeky Gavroche.

Helena Bonham Carter and Sacha Baron Cohen (Thnardiers) deliver the kind of quirky, irreverent humor we’ve come to expect from each of those performers. Parents note that this film does not shy away from the suggestive or sexual material that is inherent in both the life of Fantine as a 19th century prostitute in the French slums or in the depravity of the Thnardiers as masters of the house.’

Russell Crowe’s Javert did not pack the punch that some may have come to expect from the role. Personally, I could watch Russell Crowe watch paint dry, I find his acting so compelling, but he seemed less comfortable with the vocals than many of the others. This, however, does not take away from the intensity of his eyes and his experience in film acting communicated Javert’s journey with clarity where his voice may have fallen short. This in contrast to Samantha Barks’ Eponine who clearly was one of the most vocally trained and talented of the leads, having come from playing the role in the West End and on the PBS 25th anniversary broadcast, but who failed to meet the high standard of emotional involvement in the film medium that was set by her co-stars.

Every lead had incredible moments, not one of them displayed shortcomings that weakened the entire film, I only have these criticisms in performance to point out because of the flawlessness and brilliance and impact that a few of the performances stormed through with. 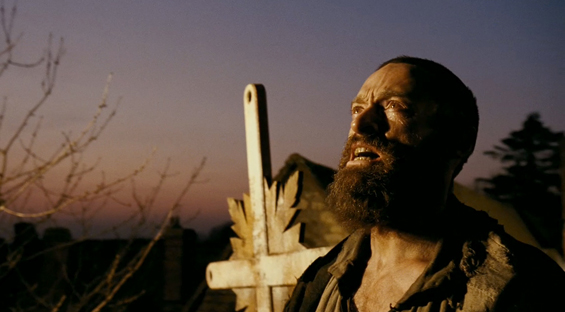 And one of those was that of Hugh Jackman as the escaped convict, Jean Valjean.

Jackman brought extensive experience from both stage and screen work to the role of Valjean. His story guides us through the other stories and he carried that responsibility with all of the force and vulnerability you can imagine. With new musical moments written especially for the film, he fleshes out the character in ways we had only hoped were possible.

Hugh Jackman has the voice, but rather than presenting us with the concentrated, pure tenor sound we’ve come to expect in songs like Bring Him Home, he allows he songs to be vocally punctuated with the real spiritual wrestling and emotional upset that Valjean is experiencing. He takes full advantage of the film medium in encapsulating a wronged man’s reality rather than a Broadway star’s moment of vocal triumph.

The first man to have that vocal triumph on the stage was Colm Wilkinson, who was the first Valjean on Broadway and in the West End and was a major player in giving this stage musical the original impact that it had when it opened in London in 1985. His presence in the film as the Bishop of Dignewas therefore a cherry on top for my experience with this film. He played the role and filled Valjean’s opportunity for redemption with such tenderness, but his presence also implied the film’s reverence for and attempt to recapture and expand on what originally made this story sink deep into the hearts of its viewers and listeners in the first place.

As a theatre practitioner, I’ve been sort of saddened to watch Les Miserables lose a little of its impact in recent stage productions as theatre-goers could sense that decades of doing the same staging and choreography was producing a tired performance result. Victor Hugo’s original story is incredible and the musical exploration of his characters and their experiences has changed many people’s lives, but years of that clarity had been sinking into clich—until now.

This film has reawakened a musical that was dormant. Do not attend, ignoring the fact that film and stage are different mediums and will therefore deliver different experiences, but do attend prepared with a box of tissues. No, seriously. I’ve never wept so much in a film and having come unprepared for such, I left as a blubbery, runny catastrophe.

This film was masterful and jarring and beautiful (though I can’t speak for how the experience would be without twenty years of preparing for it). In its essence it captures the plight of all of us, as we are the people “lost in the valley of the night” and we long for the music of a people “who are climbing to the light.

”  “For the wretched of the earth, there is a flame that never dies,” this film re-stoked that flame inside of me and I will assuredly be back again in the theatres to hear the people sing again.