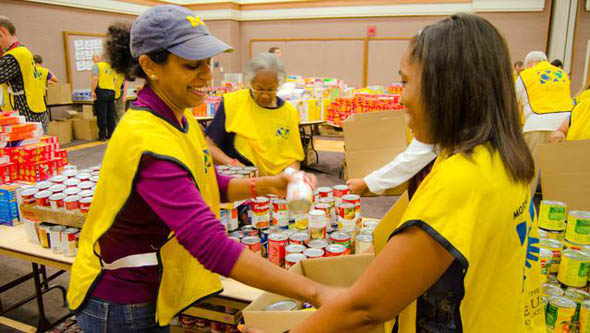 The governors of Virginia, Maryland and West Virginia and the mayor of the District of Columbia each issued an official proclamation declaring September 29, 2012, as a regional “Day to Serve.”  They encouraged faith groups, community groups, social organizations, businesses, and all citizens to organize or participate in community service projects to help improve neighborhoods and communities.

“The governors and Mayor Gray were thrilled to be a part of this project. They jumped on board quickly, took strong leadership positions and this project just took off,” said Elder Jack Gerard of the Church’s Seventy.

Approximately 750 individual community-based projects focused on hunger, the environment and other local needs.

Six semi-truckloads of food, donated by the Church, arrived at food banks in each state and in Washington, D.C. Each government office selected the recipients, and then the local food banks filed requests for the most needed food items. The truckloads were valued at $40,000 each and made a significant difference in the local food bank inventories. 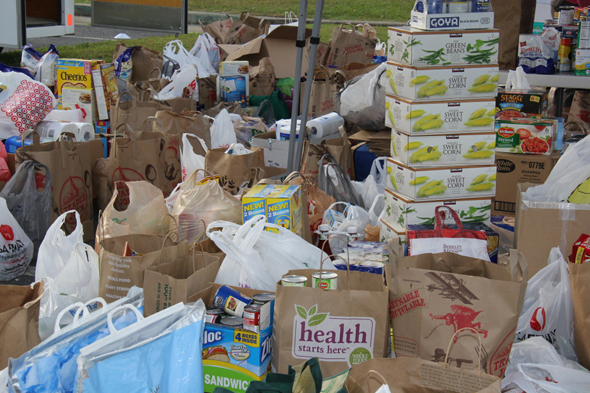 A broad variety of projects, both large and small, all focused on a similar goal, as described by D. C. Mayor Vincent C. Gray: “The sad truth is that far too many children in our city and across our nation go to bed hungry each night and wake up in the morning not knowing where their next meal will come from.”

At the “Pack the Pantries” project on 16th Street, Northwest, in the district, members of the Christ Lutheran, All Souls Unitarian, Zion Baptist, Nineteenth Street Baptist and First Baptist churches, the Wesley Theological Seminary and Mormon Helping Hands of The Church of Jesus Christ of Latter-day Saints combined efforts to prepare 850 boxes of donated food items for the Capital Area Food Bank. 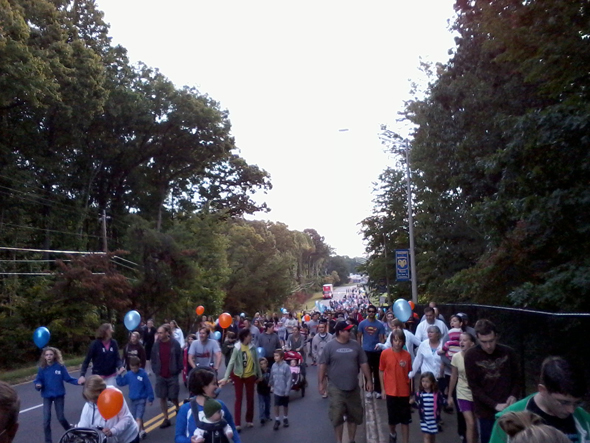 In the Silver Spring Maryland Stake, families were invited to donate a day’s food for another family, or the equivalent cost of those three meals, explained Stephen Antoniak, first counselor in the stake presidency. In addition to their own family donation, Church members invited a friend or neighbor to make a similar donation.

“We were able to gather enough food for 16,600 meals, plus a cash donation,” Antoniak reported. “We calculated that would be a total of 21,039 meals or coverage for more than 2,000 families.”

Students and alumni at West Virginia University organized a food drive in conjunction with their school’s recent homecoming activities. Reports indicate than more than a ton of food was gathered prior to the weekend football game, but additional collection points were available at the game.

Petersburg, West Virginia, volunteers donated their time and energy to canning 400 jars of apple butter, all given to the Methodist Children’s Home there. 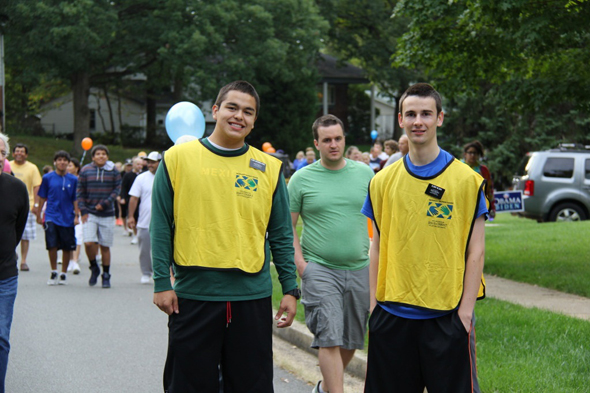 A Gift to Ben, a nonprofit organization in Williamsburg, Virginia, received more than a thousand pounds of food from Mormon congregations in the Tidewater area. The organization, headed by Thumper Newman in honor of his 14-year-old son who was killed in a car accident, serves the hungry throughout the community. The organization distributes food to churches, government housing, homeless shelters and women’s shelters. Over the past nine months Newman has noted a 40 percent increase in demand for his services, so the donation was “significant.” “Through all of this I’ve learned,” Newman reports, “that we really can make a difference.

On a smaller scale, over 80 students at Elizabeth Seton High School in Bladensburg, Maryland, voluntarily consumed a school lunch of carrots and water, donating their lunch fees and canned goods as well to the food drive. “It seems like a small contribution compared to some of the other efforts,” said Sister Catherine of the school faculty, “but it was a meaningful experience for our girls. They’ve caught a glimpse of the hunger concern, and they shared in the responsibility.”

The shared responsibility resulted in a major contribution to community food banks and community environments.

“What a great way to end Hunger Action Month, said Leslie Van Horn, the executive director of the Federation of Virginia Food Banks. “As a result, everyone participating will provide hope to so many in need.”

“We cannot underestimate the value of this large, diverse group of people coming together with the common goal of serving our fellow men,” added Elder Gerard. “It has shown us what can be done when people share a goal and work together to make a powerful difference in our communities.”