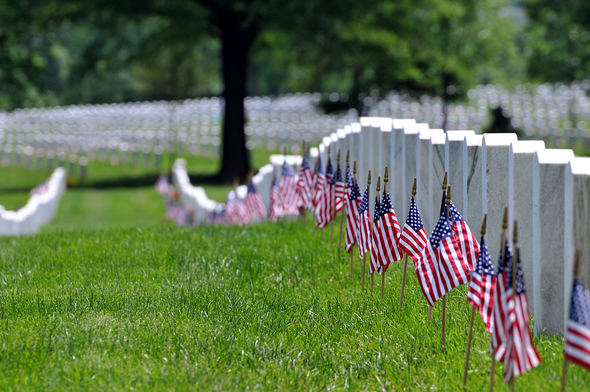 If you read this title and thought, “When is life fair?” welcome to modern living.  Whether we’re piling up adversity or we’re the envy of everyone we know, there’s a tendency to focus upon times when life hands us a raw deal, times when we take stock of our situation and decide we’ve been shortchanged somehow.

It’s easy to do; we’re surrounded by people who have the things we lack. If you struggle with infertility, the whole world looks pregnant (and every woman sounds like Goofy, and brags, “Garsh, you just look at me and I get pregnant!”).  If you just lost your job, everyone seems to be taking lavish vacations, driving fancy cars, and purchasing flat screen TVs. If you suffer from chronic illness, everybody else seems healthy as a horse.

Guess who’s the champion of noticing unfairness? Little kids. “But he gets to stay up until eight-thirty!” “But she got to sit in front last time.”  “He got a bigger cookie than I did.”  Their lives seem filled with injustice, tiny slights that elicit whining and accusations of grand imbalance in the universe. I’ll bet you can’t even count how many times you’ve heard a child moan, “But that’s not fair!”

Who actually came up with this notion of fairness, and told children to expect it? Did we somehow imply that this is one’s right, simply by trying to love them equally?  When did they start watching one another to see who got the new jacket or the prettiest hair bow?  And how did a kid who struggles with math suddenly become such an accurate score keeper?

We all went through it, and now we’re adults still doing it!  We see someone apparently enjoying more of life’s perks and try to figure out how they managed to outwit the system.  We compare our homes, our clothes, our abilities.  In fact, there is almost nothing that escapes our ability to compare it to what someone else has.

Fairness, or the lack thereof, is waved in our faces when we watch commercials and are told we are “less than” in some way, if we don’t buy a certain product.  We measure our social standing, and even our very happiness, by how lucky we’ve been accumulating life’s favors, as if this is a game of Monopoly and the point is to accumulate properties.

Yet fairness is, in fact, a childish concept.  Mature people don’t expect fairness for a minute.  They’ve learned to adapt to Plan B, step aside out of courtesy, and often drop their expectations altogether.  When, through sheer luck of the draw, they have surprisingly clear traffic or a low utility bill, they don’t see it as long overdue equilibrium; they see it as a joyous surprise, as if someone handed them fifty dollars for no reason at all.

I used to point out to my children those times when the pendulum would swing the other way, and we would get the good parking spot, the short supermarket line, the amazing bargain.  I wanted them not to expect good fortune as an entitlement, but to see that life hands us both setbacks and windfalls, the minuses and pluses pretty much balancing out.  I also wanted to teach them optimism.  Let’s face it, you can look for the good in life, or drag through each day expecting rain clouds.

And I think, for the most part, our kids do look on the bright side.  But even as they reached their teens, we heard the inevitable, “But it’s just not fair!” from time to time.  I finally learned to smile and say, “Are you sure you want fairness?  Let me tell you about fairness.  Fairness means one person in our family goes to bed hungry every night.  It would be a miracle if even one of us had the gospel.  Fairness means you would not have a computer, much less a television or a cell phone.  You’d be living in a third world country and would be lucky to have a decent pair of shoes.”

And this isn’t just telling kids to eat their dinner “because of all the starving children in China.” These are true statistics about world population, and if you really want fairness on this earth, then you’ll have to give up a ton of blessings you now take for granted. “You’re right,” I would tell my kids, “Life isn’t fair. You’re one of the lucky ones.” Sometimes a broader perspective can shrink self pity and remind us to appreciate the land in which we live and the immense blessings we enjoy.

Like me, you’ve probably seen the email circulating that says the following:  “If you have food in your fridge, clothes on your back, a roof over your head and a place to sleep you are richer than 75% of the world.

“If you have money in the bank, your wallet, and some spare change you are among the top 8% of the world’s wealthy.

“If you woke up this morning with more health than illness you are more blessed than the million people who will not survive this week.

“If you have never experienced the danger of battle, the agony of imprisonment or torture, or the horrible pangs of starvation you are luckier than 500 million people alive and suffering.

“If you can read this message you are more fortunate than 3 billion people in the world who cannot read it at all.”

Or the very timely and popular Facebook message that we often see on bumper stickers as well, “If you can read this, thank an American Soldier.”

Such information gives us pause and rightly interrupts our pouting. This doesn’t mean we don’t try to set real injustice right, such as those times when we must defend the persecuted or demand that a worker honor his contract. We have a legal system for a reason and times arise when we have to roll up our sleeves and insist upon fairness.

But what it means is that we need to take a wider view, and realize we are not being continually dumped on by a cosmic fairy who’s laughing her head off as we writhe beneath her tricks.  Indeed, as members of the church we are blessed beyond the wildest dreams of most people in the world.  We get sidetracked comparing inconsequential prizes (he has better golf clubs?  Seriously?) and we forget to be grateful that we have so much of what actually matters.

King Benjamin told us that, even if we were to struggle and work all our lives to pay back the Lord for blessing and redeeming us, we would still be unprofitable servants.  There is simply no way to balance the scales.

And speaking of Christ and what He did for us, if you want the best example of UNFAIRNESS in the biggest, boldest font you could ever hope to find, look to Christ himself, suffering for our sins.  Now our complaining looks truly ridiculous, doesn’t it?

Try to make a list of all the blessings in your life.

I say “try” because, in truth, we both know you can’t actually do it-there’s no way to tally the infinite blessings God has given each one of us, even on days when adversity looms large. We are blessed beyond measure, and look awfully immature and uninformed when we whine about unfairness.

Brothers and Sisters, we are all overpaid.