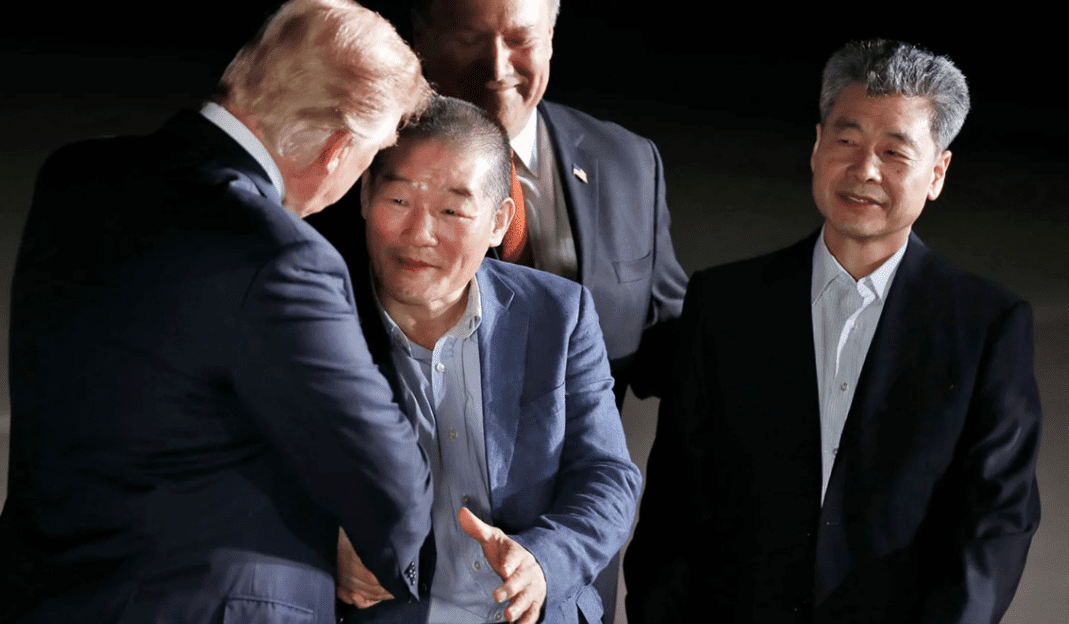 Arrested for praying, released detainee now prays about next steps

In May of 2017, Kim Hak Song was on a train on his way back to Dandong, China, the border city where he’d entered North Korea some weeks before, when members of the North Korean security service approached him.

The government agents accused him of hostile acts toward North Korea, and said they had evidence against him. It would be easiest if he simply confessed.

“I was thinking, I don’t know what I did wrong,” Kim said through a translator last week (June 2) at his home church, the Oriental Mission Church in East Hollywood, after a service there. In his first extended public comments since being released from a North Korean prison May 9 Kim preached and gave testimony about his detention.

When he asked his captors what hostile acts he reportedly committed against North Korea, he was told his crime was prayer.

Prayer, he thought, was normal. The North Korean government, he said, did not.