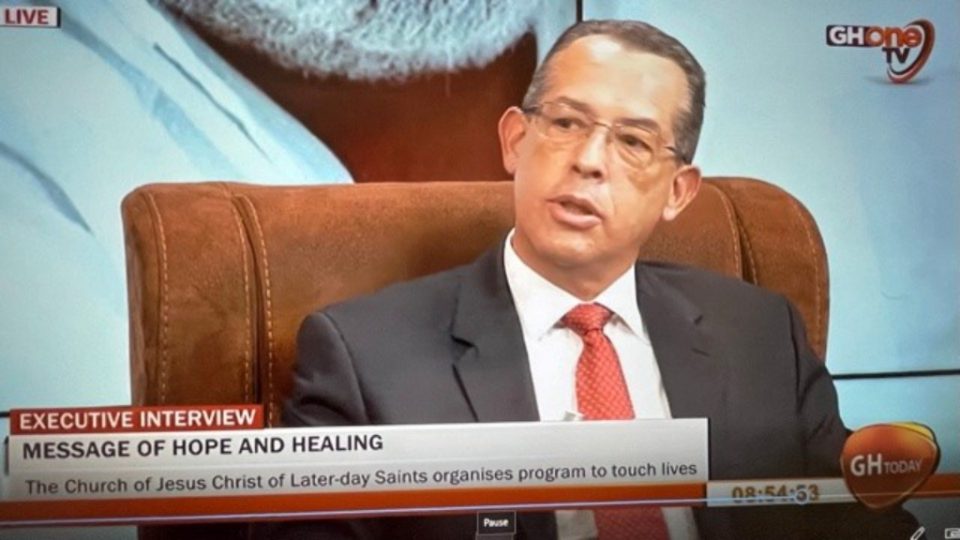 When it was announced on November 13, 2020 that in one week, November 20th, the prophet was going to deliver a message to the world of hope and healing, the people in the Africa West Area took notice and prepared to listen. Not only listen personally, but they have been sharing the message with their friends, posting the announcement on social media and talking about it in the community.

On Tuesday, November 17th, the Church arranged to share the announcement with television stations and were included in morning talk shows. Elder Hugo E. Martinez, a General Authority Seventy and the Africa West Area President for the Church of Jesus Christ of Latter-day Saints, along with Area Seventy, Elder John Attah Koranteng and Elder Anthony M. Kaku represented the Church in Ghana at GHOne TV.    The emphasis of these morning shows was three fold: 1) to introduce Russell M. Nelson as a global faith leader and a living prophet, 2) prepare people to hear a message of hope and healing, and 3) invite listeners to prepare to watch and listen to the message on 20 November on the respective television stations and on YouTube.

These morning shows were not only broadcast in Ghana, but throughout the Africa West Area. Broadcasts originated in Nigeria, Sierra Leone, Liberia and from Cote d’Ivoire for French speaking countries that include Togo, Benin, Mali and Senegal. In Nigeria, Elder Frederick O. Akinbo and Elder Jerat-Kennedy Chukwuemeka Igwe, both Area Seventy were on the morning show at NTA 2.

As people heard these invitations to listen to a prophet, they prepared to hear President Nelson’s message.  Many people made comments on social media of their excitement for the opportunity to hear the prophet.

On November 20, 2020, the awaited time came and the message was delivered.