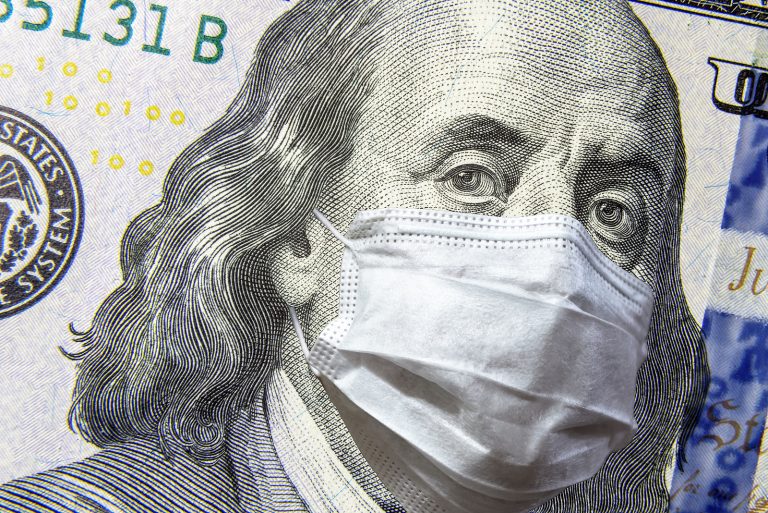 Are These Really Unprecedented Times?

Journalist and news anchors reporting on COVID-19 use phrases such as “unprecedented times” and “uncharted territory.” The implied message is that pandemics and plagues haven’t happened before and that quarantine is a modern invention to “stop the spread.” But like almost everything else, history has lessons to teach.

This is only half of the story, however. COVID-19 is unprecedented and uncharted to individuals who become ill with the virus, to their caregivers, and to those who lose family or friends. A few days ago, I had an experience that highlights the inequality of who stays well, who gets sick, and who dies.

I went to a small home improvement store and through my mask asked a young employee where to find a craft item. She took me to where it was and, through her mask, gave me options and ideas. Making small talk while paying for the item, all the while social distancing, I asked her if she knew anyone with the virus. Her eyes fell.

Finally she spoke: “You probably can’t tell because of my mask, but I am Navajo. I grew up on the reservation in Southern Utah. We…” she paused again. “We got running water seven years ago. My parents still live there.” She paused again. “My parents are in their eighties.” Another pause. “To answer your question, yes, I have many family and friends who have had COVID and five have died.” Another pause. “I can’t go see my parents because if I go there I can’t work here.”

Meeting this young woman reminded me that certain segments of the population: persons who live on reservations; on the street; in high-density public housing (like New York City); or in care facilities are far more vulnerable to the virus than the rest of the population.

Take nursing homes as an example. A resident of a care facility is 40-45% more likely to get COVID than the general population. Over one-third of the nation’s COVID victims lived in nursing homes. If you use high-density public housing as a measure, New York City has about the same number of COVID deaths (as of August 1) as California, Florida, and Texas combined. (See https://www.cdc.gov/coronavirus/2019-ncov/cases-updates/cases-in-us.html.)

This inequality has precedence in history. Alex Chase-Levenson, who studies quarantines in Europe, 1780-1860, wrote about how different socio-economic groups experienced quarantines differently. “If you were rich… the whole thing often sounds unexpectedly great. ‘I managed to catch up on a lot of reading, and the food was wonderful.’ The vast majority of people quarantined, though, were sailors, soldiers, and fishermen who had to move back and forth across the Mediterranean. These people were crammed into tiny rooms, and they had to stay there for weeks” (penntoday.upenn.edu/news/pandemics-quarantines-and-history).

How many weeks a ship stayed in quarantine varied from century to century and country to country. The word quarantine actually comes from the Italian words, quaranta giorni, meaning, “forty days.” In Venice in the 14th century, ships had to quarantine at anchor for forty days before disembarking. Today’s returning missionaries and other travelers are advised to self-quarantine for ten to fourteen days.

In 1911, quarantine was thought to be outdated. The Encyclopedia Britannica explained that quarantine was“a term originally applied to the old sanitary preventative system of detention of ships and men” that “is now a thing of the past” (time.com/5799525/coronavirus-covid19-quarantine-ships-history).

What I do know is that this Sunday was homechurch.22 for Richard and me. The temples are basically closed. We have been sheltering-in-place since March 16. The eightieth birthday party I had planned for Richard that all of our children were planning to attend mostly happened via technology. You, too, have your own list of ways you are dealing with COVID from the grief of losing family or friends, to financial losses, to increased anxiety and depression, to missing normal life, to inconvenience, to catching up on reading and enjoying good food.

For perspective, I looked for parallels in Latter-day Saint history wherein pandemics, plagues, and quarantines resulted in changed policies or when compensating spiritual blessings were received.

A major route change for European pioneer companies came because of disease. Church agents organized groups to gather at Liverpool, England to sail to New Orleans. After landing in New Orleans, immigrants took steamboats up the Mississippi to Nauvoo to rendezvous with overland companies. From there, the trek to the Valley of the Great Salt Lake began. (This was before the coming of the railroad in 1869.)

In 1854, a group of 220 Saints sailed from Liverpool for New Orleans. In the crossing only four died, but while quarantined on an island off the coast of New Orleans, a major outbreak of cholera occurred and twenty-four died. Earlier that year a Danish immigrant group suffered a similar outbreak.

Because of these and other similar cases, in 1854, Brigham Young discontinued the New Orleans option. Instead, ships docked at New York, Boston, or Philadelphia, which required more overland travel but had much less potential for disease. (I wondered how Philadelphia could be a port since it is a hundred miles from Atlantic Ocean. Google says that the Port of Philadelphia is on the Delaware River and was a major immigration port of entry for 1.3 Million immigrants.)

Plagues of the past necessitated change.

Commerce, Illinois, which would become Nauvoo, was a mosquito-infested swamp in July 1839. Brigham Young remembered: “President Joseph Smith had taken the sick into his house and dooryard until his house was like an hospital and he had attended upon them until he was taken sick himself and confined to his bed several days.”

On July 22, “Joseph arose from his bed of sickness, and the power of God rested upon him. He commenced in his own house and dooryard, commanding the sick, in the name of Jesus Christ, to arise and be made whole, and they were healed according to his word. He then continued to travel from house to house from tent to tent upon the bank of the river, healing the sick as he went until he arrived at the upper stonehouse, where he crossed the river in a boat, accompanied by several of the Quorum of the Twelve, and landed in Montrose.

Miraculous healings were manifest during plagues of the past.

The Spanish Flu and the Common Cup

From 1830 to 1900, members of The Church of Jesus Christ of Latter-day Saints sipped sacrament water or wine (see D&C 27) from a common cup. This seemed to follow the precedent set by Jesus at the Last Supper: “And he took the cup, and gave thanks, and gave it to them, saying, drink ye all of it” (Matthew 26:27).

But drinking from a common cup took faith for those seated in the back of the chapel who received the cup after many others. “Some reported that it contained all kinds of debris, hair, and foul smells.” Though often repulsive, faithful Saints took a sip to renew covenants. Some reasoned the sacrament prayer would take out any impurities. (https://history.churchofjesuschrist.org/blog/sacrament-cup-influenza-epidemic-1918).

Common cups or ladles were also used in schools and other public places until the turn of the century. At that point, sufficient knowledge of how diseases were transmitted made it a public health concern. More frequent hand washing, teeth brushing, and the discontinuance of the common cup became public health initiatives. In 1912, an ordinance of the state board of health in Utah and a letter from the First Presidency of the Church directed wards to change from a common cup to individual sacrament cups. This did not happen overnight because tradition is tradition and individual sacrament cups cost money. Fundraisers were held by some stakes to offset the cost.

With the Spanish flu pandemic of 1918, the necessity of individual cups was accepted throughout the Church to protect members. This pattern has continued until today when more stringent sanitary practices are becoming the norm.

Plagues of the past necessitated change.

The Pandemic of 1918 and Revelation

(Manuscript copy of Joseph F. Smith’s vision of the Redemption of the Dead.)

Death was a common visitor in the life of Joseph F. Smith, sixth president of the Church. When he was five, his Uncle Joseph and Hyrum, his father, were killed in Carthage Jail. At age thirteen, his mother, Mary Fielding, died. He had forty-five children by four wives and adopted five more children. Fourteen predeceased him. He was president of the Church during World War I in which more military lives were lost “to disease (63,114) than to combat (53,402), largely due to the influenza epidemic” (encyclopedia.1914-1918-nline.net/article/war_losses_usa/2014-10-08). According to the Centers for Disease Control and Prevention, the pandemic of 1918 killed an estimated 675,000 in the United States.

I think of President Smith sitting alone in his room, being very ill himself. I think of his mental state as news updates of war and flu casualties came daily. And I can only imagine he was still mourning the death of his oldest son, Hyrum Mack, who died of a ruptured appendix on January 23, 1918. (Hyrum, an Apostle, was forty-seven and left a wife and five children.)

Seeking comfort from this burdensome weight, he wrote: “On the third of October, in the year nineteen hundred and eighteen, I sat in my room pondering over the scriptures…. I opened the Bible and read the third and fourth chapters of the first epistle of Peter, and as I read I was greatly impressed, more than I had ever been before….  As I pondered… the eyes of my understanding were opened, and the Spirit of the Lord rested upon me, and I saw the hosts of the dead, both small and great” (D&C 138:1, 6, 11). So begins one of the most enlightening and detailed revelations about the afterlife of which we have record. (President Smith will die six weeks after receiving this revelation on November 19, 1918.)

Miraculous visions were manifest during plagues of the past.

To whatever degree your COVID experience is unprecedented, President Russell M. Nelson’s hope-filled words of August 5, 2020, can help: “My dear friends, our Heavenly Father and His Son Jesus Christ know us, love us, and are watching over us. Of that we can be certain. These unique challenges will pass in due time. I remain optimistic for the future. I know the great and marvelous blessings that God has in store for those who love Him and serve Him. I see evidence of His hand in this holy work in so many ways” (newsroom.churchofjesuschrist.org/article/president-nelson-message-covid-19).

I noticed something in your article that I would like to highlight. When the Israelites were preparing to cross the Red Sea, the water didn’t part until it was touched by a sandal. When President Joseph Smith, Jr. blessed people, he said to first rise, then be healed. First show your faith, then the miracle comes...