Are Baptists Christians? – – A Case for Latter-day Christianity | Meridian Magazine 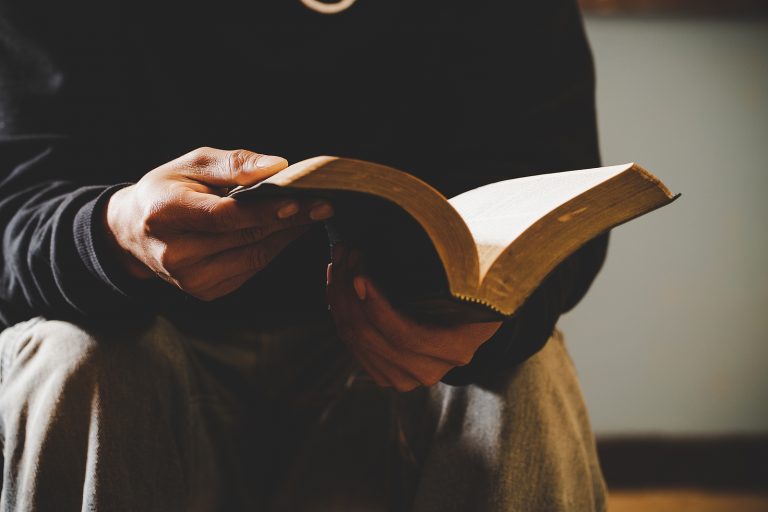 Are Baptists Christians? – – A Case for Latter-day Christianity

A few years ago, the well-known pastor of a Baptist mega-church in a major Southern city made a statement on a national television news show that really riled me up.  He said in front of millions of viewers that “Mormonism is a cult” and “not a part of orthodox Christianity”.

As a faithful lifelong member of The Church of Jesus Christ of Latter-day Saints, I took extreme exception to his remarks, and I wrote him a letter to help him understand the error of his ways.  He never responded, but hopefully the excerpts I share here will be helpful to others.

Let me say up front that this is not in any way a criticism of my Baptist brothers and sisters in Christ.  A good friend of mine in Georgia who is a Baptist elder said that when any three Baptists get together there will be at least five opinions, so some of those may be closer to my own.

First I explained in my letter that there are many different kinds or “flavors” of Christians, going back to the first centuries of Christianity. I agree that the Latter-day Saints are not Baptist Christians or Evangelical Christians or Catholic Christians, etc.  I will even agree that we’re not part of “orthodox” or “traditional” flavors of Christianity, if by that you mean the post-Nicene church that became the “universal” or “catholic” version of Christendom by defeating or outlasting all the other variants.  I’ve read that one of the early so-called “Church Fathers” wrote: “one man’s heresy is another man’s orthodoxy.”

I believe my faith to be the original church of the Corinthians, the Ephesians, and yes, those who were first called Christians at Antioch, and that same church is now restored in these latter days. So I call myself a “latter-day Christian”, with theological roots that precede the “historical” or “orthodox” version that was the product of the various councils and creeds.

That “orthodoxy” eventually became so corrupt and so apostate that the Reformers broke away from it and formed the Protestant movement, in protest of its having “fallen away” from Biblical truths (2 Thess. 2) and “changed the ordinances” (Isa. 24:5) so that the “faith once delivered to the saints” (Jude 1:3) was no longer recognizable as the church that Jesus organized.  There were many enlightened Christian thinkers and theologians in history who, like Joseph Smith, believed that Christianity had become apostate and that a restoration of the New Testament church of Christ was necessary.

It does not appear that these extraordinary gifts of the Holy Ghost were common in the Church for more than two or three centuries. We seldom hear of them after that fatal period when the Emperor Constantine called himself a Christian; . . . From this time, they almost totally ceased; . . . The Christians had no more of the Spirit of Christ than the other Heathens . . . . the Christians were turned Heathens again, and had only a dead form left.

John Smythe the founder of the Baptists, first left his position as a Church of England minister and joined the Separatists, but then dissolved his congregation to re-form it as the first General Baptist church among English expatriates in Amsterdam in 1609. He felt that the “historic” or “orthodox” Christianity of his time had wandered astray. Those first Baptists were considered a “cult” by many Protestants in other “traditional” Christian denominations, who persecuted them unmercifully.  Tens of thousands of Anabaptists were persecuted and murdered by other “Christians” because they rejected the prevailing doctrine of infant baptism.

Around 1640, Roger Williams of Providence, Rhode Island, founder of the first Baptist church in America, refused to continue as pastor on the grounds that there was:

… no regularly‑constituted church on earth, nor any person authorized to administer any Church ordinance: nor could there be until new apostles are sent by the great Head of the Church, for whose coming, I am seeking.

Personally, I think anyone who accepts Jesus Christ as the Only Begotten Son of God and as his/her personal Savior who died for our sins and was bodily resurrected on the third day is a Christian. C.S. Lewis described such people as “mere” Christians.

But the narrow definition used by the Baptist pastor I wrote to would exclude anyone who:

And do you remember those believers who were first called Christians at Antioch? (Acts 11:26) I would respectfully submit that those Christians:

The Baptist pastor said in a television interview that “Mormonism” is a “cult” because:

His exact words were: “and so by that definition it is a theological cult”.

As a Latter-day Saint, I welcome the opportunity to “stand ready to give a reason for the hope that is in me”, (1 Peter 3:15), but those who sling around the word “cult” with respect to The Church of Jesus Christ of Latter-day Saints seek to cut off debate rather than to encourage dialog.  It’s as though they are afraid of an open and honest discussion.

But following the pastor’s definition of “cult” for a moment, I’d like to respectfully submit that:

And even his own Baptist flavor of Christianity in some ways fits his definition of what makes a “cult”, such as:

Christian denominations of the time, as I’ve already mentioned.

In order to be consistent and truthful, one has to admit that the same descriptions many have used to brand “Mormonism” a cult apply at least in part to Roman Catholicism and “Baptistism” as well. Does that mean that they are “cults”?

One of the dictionary definitions of a “cult” is a small isolated group that is out of the mainstream. That certainly does not apply to my church. The Church of Jesus Christ of Latter-day Saints is the fourth largest religion in America, and the second largest Christian church in Washington, Oregon, and California (after Catholicism).   As of 2019 there were 14.5 million Southern Baptists.  There are millions more Latter-day Saints than that.

There was a great apostasy that fundamentally changed the New Testament church of Jesus Christ, into something so different that those Christians at Antioch (or Peter or Paul) would not have recognized it. (Amos 8:12) That apostasy required the “restitution of all things” prophesied in Acts 3:21 to occur before Christ’s return. That restitution or restoration of original Biblical Christianity was what was looked forward to by the first Baptist pastor in America, Roger Williams, when “new apostles are sent by the great Head of the Church, for whose coming, I am seeking.”

That Restoration HAS come, and original Christianity is back on the earth in its fullness as The Church of Jesus Christ of Latter-day Saints.  This is only a small part of the case for Latter-day Christianity.

This article was excerpted from Robert Starling’s book A Case for Latter-day Christianity, available on Amazon.com.

(footnote re: above reference to John Smyth)

The first General Baptist church, led by John Smyth, was founded in Amsterdam, Holland, in 1608/09. Its members were English refugees who had fled England to escape religious persecution. John Smyth was a minister in the Church of England. As a student and later as a pastor and teacher. … By 1608/09, Smyth was convinced his Separatist church was not valid. Most of the members had only infant baptism, and the church was formed on the basis of a “covenant,” rather than a confession of faith in Christ. Smyth therefore led the church to disband in 1608/09 and re-form on a new basis–a personal confession of faith in Christ, followed by believer’s baptism. Since none of the members had been baptized as believers, Smyth had to make a new beginning. He baptized himself and then baptized others.

The earliest reference to authentic Christianity as a ‘cult’ that I know of comes from Tacitus, who lived in the first Century. That’s how real Christianity looks from the outside. A real Christian gets called a cultist and just smiles, remembering the Beatitudes (Mathew 5). If you are doing the religious persecution, you are outside Orthodox Christianity.

The term "cult," for all practical purposes, has come to mean whatever anybody wants it to mean.