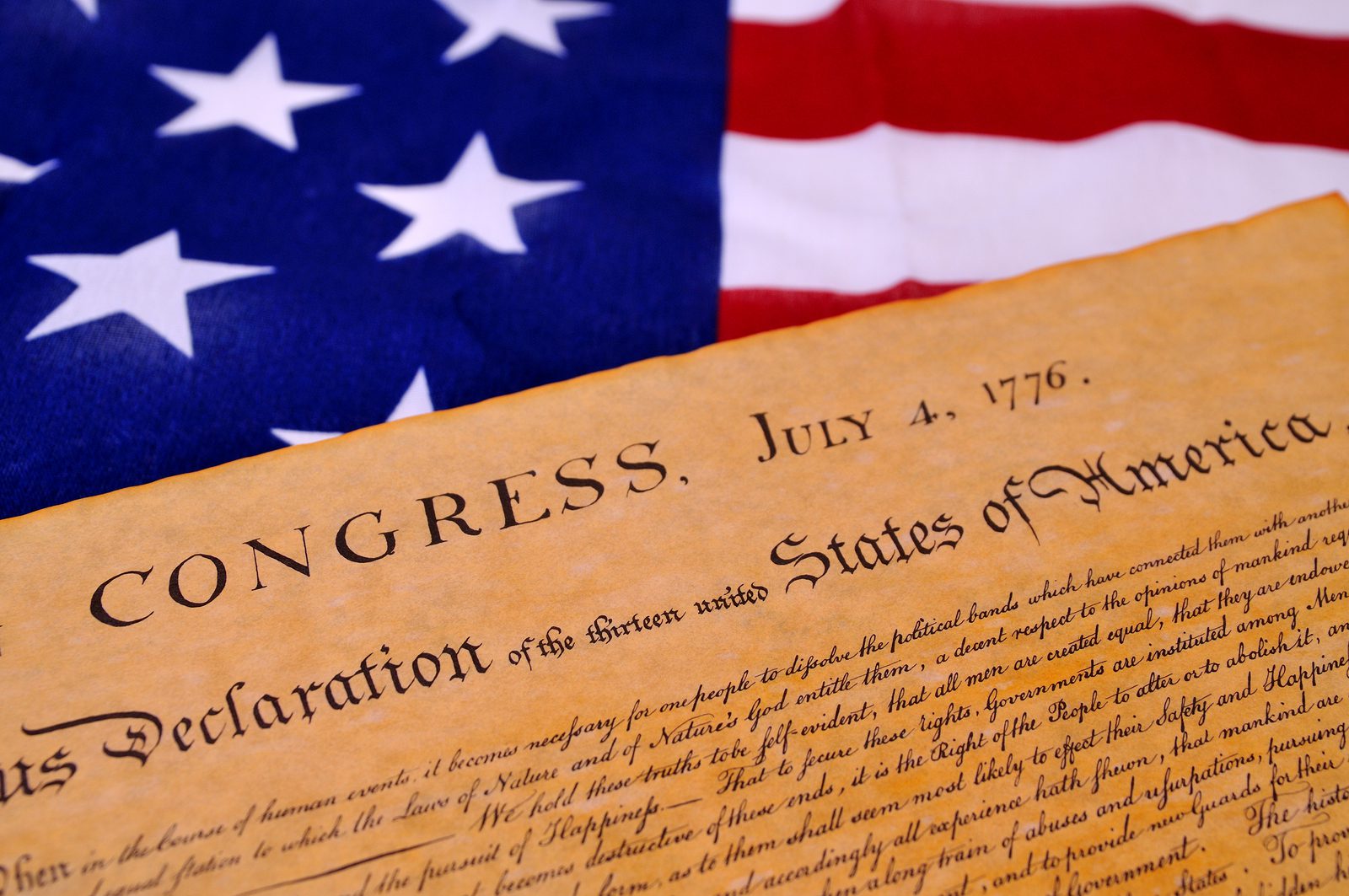 Enemies of the Constitution employ the craziest tactics, even at times attempting to use the Declaration of Independence as ammunition.

These assailants, with their favorite historians in tow, claim that the Constitution differs from the path the Declaration of Independence pointed us.  They argue that the Declaration had it right, but the Framers of the Constitution eleven years later went a different direction.  This crafty distortion implies that the Founders weren’t sure of themselves and made mistakes.  And if they weren’t on solid footing in the 18th century, then surely people two-plus centuries later can be excused for taking latitude with the document.

What they don’t realize, or choose to blindly ignore, is that these two founding documents played different but complementary roles leading to the same goal – enthroning the people as sovereign over a limited government charged with protecting their God-given rights.

Part of the reason for the Constitution’s enduring strength is that it is the complement of the Declaration of Independence.  The Declaration provided the philosophical basis for a government that exercises legitimate power by “the consent of the governed,” and it defined the conditions of a free people, whose rights and liberty are derived from their Creator.  The Constitution delineated the structure of government and the rules for its operation, consistent with the creed of human liberty proclaimed in the Declaration.”[1]

That “philosophical basis” was hammered out in debates over two pivotal questions:  What is the nature of man and what rights does he have?  In the back and forth between the ideas of John Locke, Jean-Jacques Rousseau, and   Thomas Hobbes, the Founders embraced more the ideas of Locke:  Man is good though he will make mistakes, he deserves maximum freedom to act, he has natural fundamental rights that do not come from government, and governments exist to protect those rights.

From this process came beliefs that undergird America and could well be labeled our nation’s articles of faith.  Here are seven I feel should be committed to heart by every member of the Church, for they are universal and apply to all mankind:

The principles of God-given agency are unmistakable in this great document, and were so declared with firm reliance on the protection of divine providence in the ensuing war for independence.

Our rights come from our Creator.  They are not given to us by any man, by any group of men, by any government.  Only a person who ignores the role of natural law in both founding documents, who fails to see the connection between the laundry list of offenses listed in the Declaration and the Constitution’s focus on the limitation of powers, and who cannot see the avowed goal of representation and the people as sovereign in both documents, could possibly believe that the document of 1787 breaks with that of 1776.

Yet that seems to be the current fad logic muggers of the Constitution would have us believe.

Next week:  Nine key points from the Bill of Rights.

Gary Lawrence is a public opinion pollster and author.  His latest book “The War in Heaven Continues” is available at Deseret Book, Ensign Books, and at   GaryCLawrence.com.  He welcomes reader comments at [email protected].

[1] Edwin Meese III, The Meaning of the Constitution, The Heritage Foundation, September 16, 2009