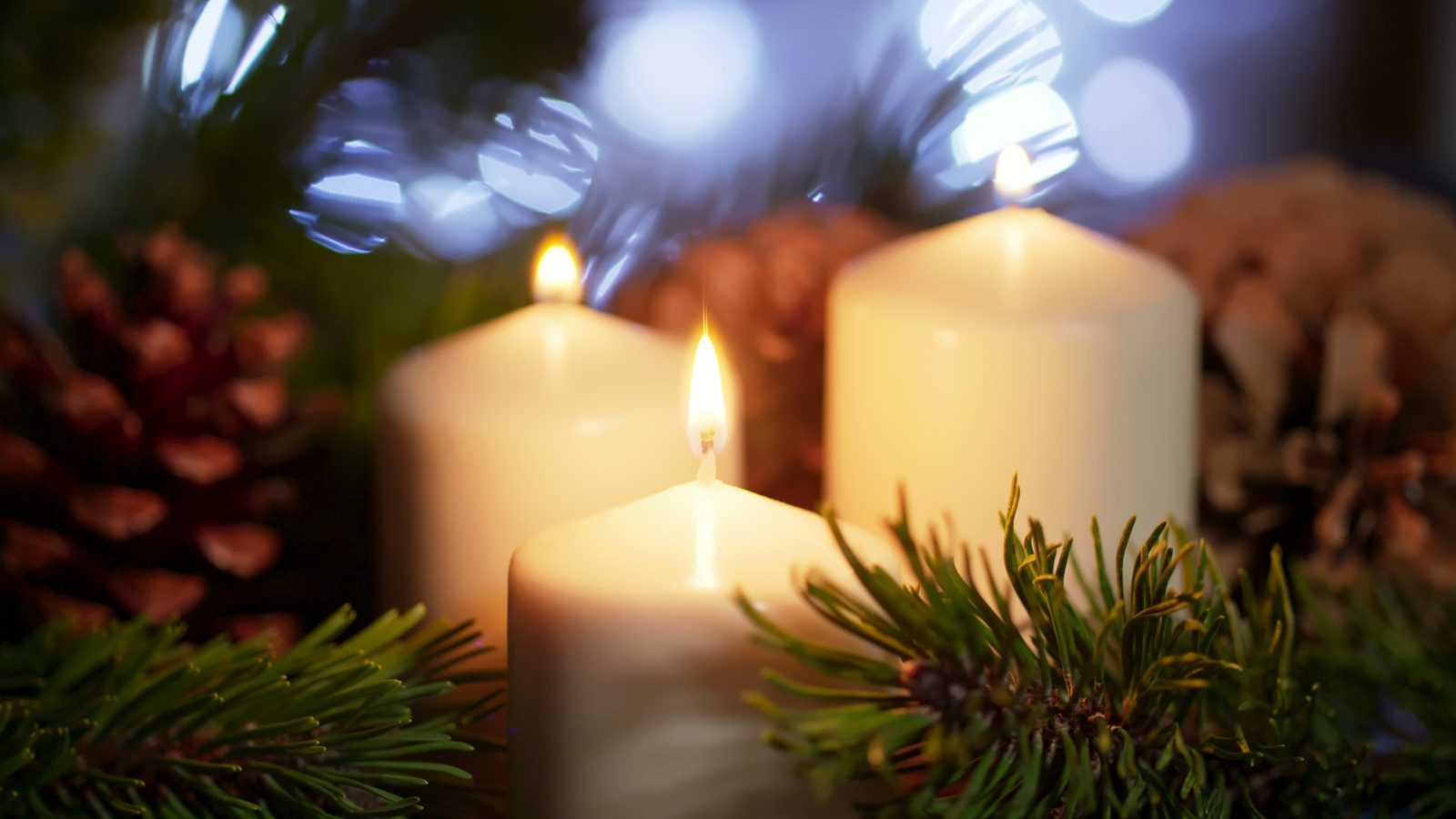 As long-simmering debates continue over how American society should commemorate the Christmas holiday, a new Pew Research Center survey finds that most U.S. adults believe the religious aspects of Christmas are emphasized less now than in the past – even as relatively few Americans are bothered by this trend. In addition, a declining majority says religious displays such as nativity scenes should be allowed on government property. And compared with five years ago, a growing share of Americans say it does not matter to them how they are greeted in stores and businesses during the holiday season – whether with “merry Christmas” or a less-religious greeting like “happy holidays.”

Not only are some of the more religious aspects of Christmas less prominent in the public sphere, but there are signs that they are on the wane in Americans’ private lives and personal beliefs as well. For instance, there has been a noticeable decline in the percentage of U.S. adults who say they believe that biblical elements of the Christmas story – that Jesus was born to a virgin, for example – reflect historical events that actually occurred. And although most Americans still say they mark the occasion as a religious holiday, there has been a slight drop in recent years in the share who say they do this.

To be sure, while the public’s commemoration of Christmas may have less of a religious component now than in the past, the share of Americans who say they celebrate Christmas in some way has hardly budged at all. Nine-in-ten U.S. adults say they celebrate the holiday, which is nearly identical to the share who said this in 2013. About eight-in-ten will gather with family and friends. And half say they plan to attend church on Christmas Eve or Christmas Day, little changed since 2013, the last time Pew Research Center asked the question.

But some of the ways Americans think about and commemorate Christmas appear to be moving in a more secular direction. For instance, while two-thirds of Americans continue to say that Christian displays like nativity scenes should be permitted on government property during the holidays, the share who say these displays should be allowed on their own (unaccompanied by symbols of other faiths) has declined by 7 percentage points since 2014. Meanwhile, the share of Americans who believe no religious displays should be permitted on government property has grown from 20% to 26% over the past three years.

The religiously unaffiliated – those who identify religiously as atheist, agnostic or “nothing in particular,” and who are sometimes also referred to as religious “nones” – are much less likely than Christians to express belief in the biblical Christmas story. And, in recent years, “nones” have become even less likely to believe in it, contributing to the public’s overall decline in belief in the biblical depiction of Jesus’ birth.

The study finds clear divisions along party lines in questions about the way Christmas is observed in American culture. For example, about half of those who identify with or lean toward the Republican Party express a preference for hearing “merry Christmas” from stores and businesses, compared with 19% of Democrats and those who lean toward the Democratic Party. By contrast, a majority of Democrats (61%) say “it doesn’t matter” when asked how they prefer to be greeted during the holidays; 38% of Republicans take this position. Democrats also are more likely than Republicans to prefer a less-religious greeting like “happy holidays” (20% vs. 7%).

There also are clear partisan divisions when it comes to the debate about religious displays on public property. Among Republicans, 54% say that Christian symbols, like nativity scenes, should be allowed on government property even if they are not accompanied by symbols from other faiths, while only half as many Democrats (27%) share this view.

Similarly, while 42% of Millennials say they plan to attend church this Christmas, half or more of those in older generations say they will incorporate a trip to church into their Christmas celebration.

These generation gaps extend to questions about Christmas in public life. A majority of Millennials (61%) say they do not have a preference about how stores and businesses greet them during the holiday, while just 20% say they prefer for businesses to greet them with “merry Christmas” – significantly lower than the share of older cohorts who say this. And Millennials also are less likely than members of older generations to say it is acceptable to display Christian symbols on government property.

These are among the key findings from the latest Pew Research Center survey, conducted by telephone Nov. 29 to Dec. 4, 2017, among a representative sample of 1,503 adults nationwide. The rest of this report looks at the results of the survey in more detail, including trends over time and differences by religious affiliation and observance.

An illustration of your point is the hallmark channel, their two stations have been airing nothing but Christmas themed films since before thanksgiving, yet none of them are connected to the birth of the Saviour, rather just sweet romance stories centred around the holiday.