Americans must uphold court’s role even amid controversy | Meridian Magazine 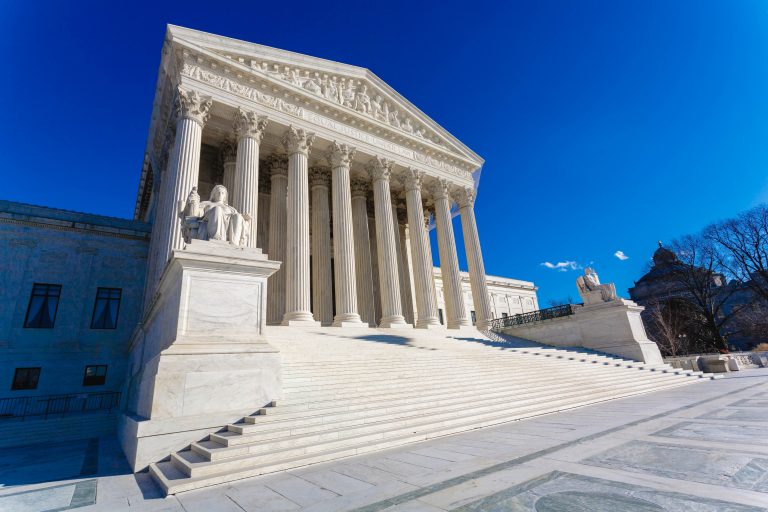 Americans must uphold court’s role even amid controversy

The following comes from the Sutherland Institute. It was contributed by William C. Duncan and Derek Monson.

The U.S. Supreme Court has just ruled that Mississippi’s prohibition of most abortions after 15 weeks gestation is constitutional in a 6-3 vote. The majority of the justices also struck down Roe v. Wade and Planned Parenthood v. Casey, meaning that states are now free to determine how abortions will be regulated going forward.

This case has presented the nation with a test of our civic character: Will we reasonably and rationally apply our moral values and political principles to those who are like-minded as well as those with whom we disagree? The case also offers a lesson in the civics of the Supreme Court – how it was designed to work and what happens when it does not work as designed.

The court is intended to be a deliberative body, applying previous court rulings and duly enacted laws of elected legislative bodies – most importantly, the U.S. Constitution – to specific disputes. The court has almost complete control over the cases it decides to rule on, selecting cases that will have a significant impact on the work of other federal courts and the nation. Thus, it must carefully consider legal arguments made in writing by the parties (and often many others) to the case. It also convenes oral arguments to consider and question their merits. To finalize majority and dissenting opinions, the justices then deliberate among themselves in an atmosphere of confidentiality, to insulate the court (to the extent reasonably possible) from political pressures while inviting a full and candid vetting of all perspectives and implications of possible decisions.

In the Dobbs v. Jackson Women’s Health Center decision announced this morning, many of these patterns were followed – with one glaring exception: In this case, the court experienced an unprecedented leak of an early, confidential draft of the court’s majority opinion. This meant that some justices and their families were exposed to intimidation – and for one justice, an attempt on his life.

Healthy civic institutions – like the U.S. Supreme Court – are essential to fulfilling America’s founding aspirations of freedom and equality. Those institutions require public trust to be effective.

Public trust is possible only when government leaders live by norms that place the common good above partisan interest or an ideological agenda. Public trust also requires fair-minded news reporting grounded in a broad accumulation of facts, instead of promoting a narrative of division that misleads and misinforms the public.

Our constitutional system provides appropriate and responsible ways to respond to court decisions with which we don’t agree. Going forward, advocacy groups and political leaders must categorically reject the use of intimidation as a tactic for influencing the court’s deliberations. The court’s role in our system, which fortifies freedom and encourages equality through checks and balances on political power, is too important to sacrifice over specific policy disagreements.

Public policy regarding unborn human life and the rights and health of women with unwanted pregnancies will continue to be debated. In some ways, that debate will intensify now that the Dobbs ruling has pushed state abortion policies – from the most pro-life to the most pro-choice – to the forefront.

However, everyone will lose in that debate if deciding abortion policy comes at the cost of undermining the institutions designed to protect everyone’s life, liberty and pursuit of happiness. If candor and civility – toward political friend and foe alike – along with sound constitutional principles and reliable facts shape the abortion policy debate, it will move America toward its ongoing vision of forming a more perfect union.