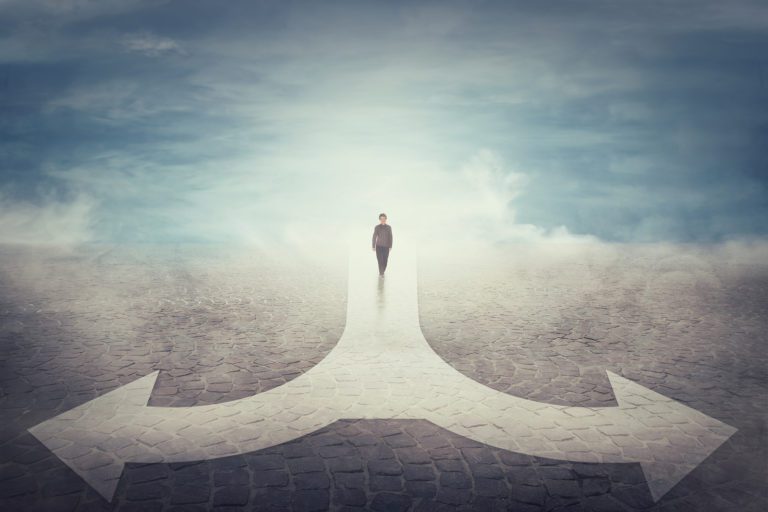 Agency is More Than Freedom to Choose

Agency is more than freedom to choose, more than the right to be one’s own agent.  It is a commandment to act.

A successful lawyer wanted to buy a piece of land.  His experience touched all components of the gift of agency.  He had freedom to act, sufficient power, and an idea.  He saw an opportunity, gave it much thought, collected the opinions of others, arranged financing, became confident, decided to act, and did so.

Then came the consequences.  He was mocked, called stupid, and suffered the derision of many.  Favorable consequences seemed far off, if at all.  But he persevered.  Though he bought the land at a great price – 30 cents an acre in today’s dollars – his exercise of agency was called a folly.  Seward’s Folly.  Because he, William H. Seward, purchased … Alaska.

Action is the hinge-point of agency.  We first think, evaluate risks, and then choose.  After we act, we experience consequences and we learn.

Yes, we will make mistakes, but failures cannot be allowed to stop us.  Without risks, no one eats and no one progresses.  Risk-free progress is impossible.

With agency’s path of progress before us, we took our first risk when we decided to follow the Son of God and enter into mortality and come to a world where things will go wrong for our sake.

Satan, on the other hand, played to those who feared risk and wanted reward without effort.  They wanted a spiritual welfare state.  He promised a risk-free return to God’s presence though he knew he could not deliver.  Satan’s followers were afraid to be their own agents so they appointed the master deceiver to play that role.  They gave up their gift.  The biggest risk they took was not taking one at all.

When we chose to follow the Savior, we had no guarantee that we would return, only that we couldreturn.  The only guarantee we had is that Jesus Christ would overcome evil, conquer death, and provide a return path of grace and mercy to make up our shortfall.  It would depend on us.

When Adam and Eve were given their eviction notice, the trees didn’t go with them.

Previously all they had to do was pick whatever fruit they wanted (minus one) and their hunger was satisfied.  But now they were commanded to earn their calories by the sweat of the brow.

Whereas seeds had produced the trees of Eden – walk-by restaurants, if you will – with no more effort from our first parents than a requirement to “dress this garden,” now Adam and Eve had to start over and plant seeds in the lone and dreary mortal world.  No more spontaneous production.

Seen by most of the world today as a punishment, it was actually a blessing – the blessing of effort that leads to progress.  It was the beginning of the more robust agency that comes with the second act of our three-act play of life.

Scriptures instructing us to act are plentiful and direct:

God “gave unto man that he should act for himself.”[1]

“Thou shalt not be idle; for he that is idle shall not eat the bread nor wear the garments of the laborer.”[4]

In the parable of the talents, the Savior endorsed the necessity of risk.  Three servants were given stewardships of their master’s money.  When the master returned, two were rewarded because they took risks and increased the value of the talents they were given.  The one who feared risk, who played it safe and buried the talent he was given, however, was chastised as a wicked and slothful servant.

We often hear the word disaster associated with the word risk.   But there are also disasters from never taking a risk – the disasters of stagnation, of boredom, of self-hate, of unfulfilled lives, and the agony of “it could have been.”

The bottom line:  Take prudent risks and act.  Agency is not a passive gift.

You are right on the mark! The key to agency is that we are agents of someone. Agents act within the terms of their commission to act in behalf of the one who granted that agency. When we do, we can claim the rewards or positive results of that action. When we act contrary to those terms, we have no agency.