A Walk in Someone Else's Shoes | Meridian Magazine 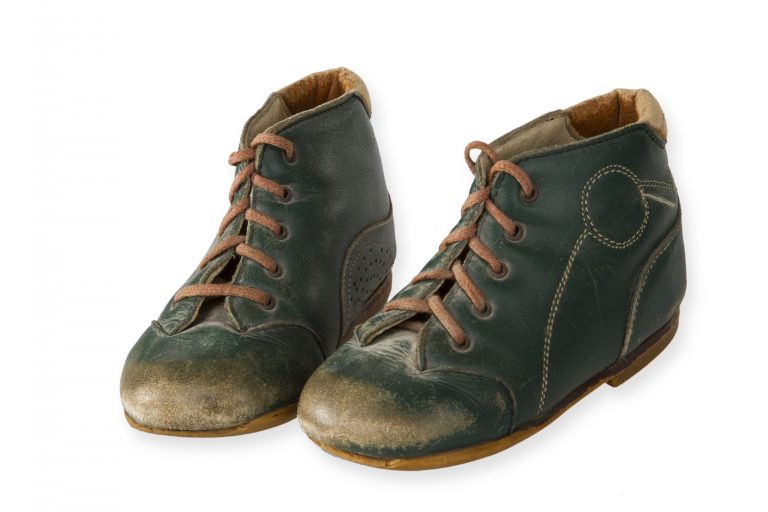 A Walk in Someone Else’s Shoes

The recent coronavirus outbreak, and the fear surrounding it, reminds me of a story I heard. It was based on an event during the 1918 Spanish Flu epidemic.

Earl was a hard-working, family-oriented man. He, his wife, and their children ran a little country store in a small western town. In the area where they lived, there was a lot of excitement about a new branch of the railroad that would be coming through.

When the rail line work started, many new people came. Most of these were families of men who were working on the railroad. Earl’s business increased significantly. But bringing the goods in was costly. Until the rail line was finished, everything had to come over the mountain on mules and wagons.

Earl tried to keep his prices fair. He only added enough markup on goods to pay his costs and take care of his family. But many people complained about the prices at Earl’s store. Most of these were people who had come from other towns much farther south. These towns already had train service and didn’t have the added transportation costs.

Earl and his family had endured the anger and name-calling for some time when the flu epidemic hit. Of all the families in the town, his family was hit the hardest. Many people came in and out of this store, and many carried the flu. Soon, Earl’s whole family was sick.

Though Earl worked from morning until night taking care of his family, he tried to keep his store open as much as possible. He knew the people of the town depended on it. But Earl lost four of his six children, and his wife was bedridden. There were days he had to shut the store to bury his children or just take care of his family. This added more to the anger he received from those who came to town only to find the store closed.

One day, when Earl was driving to the cemetery with the body of his two-year-old daughter in a small pine box, a crowd surrounded his wagon. They started yelling things at him about being rich while others struggled, and him not caring about anyone else. Suddenly, the crowd went crazy. Someone pulled Earl from the wagon, and men began beating him.

Almost instantly, the railroad foreman was there. He knew of the losses Earl had in his family and had even helped Earl bury some of his children. The foreman angrily hit and kicked his way into the circle, single-handedly forcing the men to stop. The foreman helped Earl to his feet, then climbed onto the wagon and held up the small coffin as he spoke.

The foreman then turned to one of the men who was foremost in the beating. “How about you, John? You haven’t lost a single family member to the flu. Which one of your children’s lives would you like to trade for Earl’s store? How about Timothy or maybe little Susan?”

“Well, then,” the foreman said, “when you imagine how much better you think it is for someone else, I’d suggest you consider what it would be like to walk in their shoes all the way, not just on the parts of their journey that you like.”

The foreman reached out a hand and pulled Earl back onto the wagon. He then turned to the crowd. “I suggest you get back to your work. As for me, I plan to go to the cemetery and help dig a small grave.”

As Earl and the foreman drove to the cemetery, no one returned to their work. Instead, they followed the wagon. As many men helped dig the small grave next to the three new markers that were already there, no one said a word. But as Earl fell to his knees sobbing when the little wooden box was placed into its place, people in that small country town were changed forever.

As years passed, people who came to that town said there was never a town with more compassion. The old-timers would nod and say it was because those who lived there had to learn the hard way what it was like to walk in someone else’s shoes.

Thanks Daris,A wonderful story of the importance of not judging others.

When people say, "Life isn't Fair" they need to understand that it wasn't meant to be 'fair'; it was meant to learn how to be more compassionate to those around us and help others on their path--because we are all on that same path.