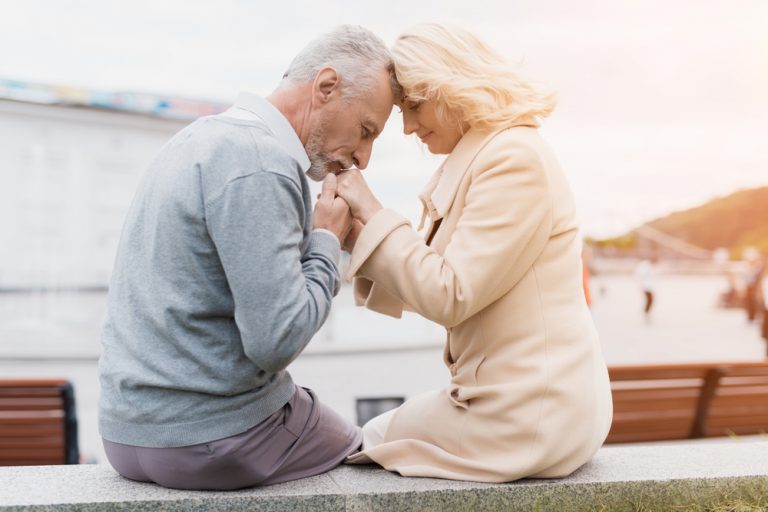 1-23-23 was the fifth anniversary of my third first kiss with the woman who, four months later, became my wife.

You might be asking how a kiss could be a “first kiss” if it was “third.” If you’ve read my book, Intentional Courtship, you know that my relationship with Cathy had its ups and downs over a two-year period. We broke up a couple of times—once for a year—before we finally made it permanent. Our third first kiss followed a breakup and a year as “just friends.” That’s not the path I generally recommend, but it was our path. Many singles feel that a “first kiss” signals some kind of step forward in the relationship. Since we had three dating relationships, we had three first kisses. I think we both intuitively understood that our third first kiss would be the last first kiss for each of us.

We remember how many mid-singles speak to well-meaning friends who tried to help them mind-read their dating partners. They say things like, “if she was going to marry you, she’d have done it by now” or “you can’t be with a middle-aged woman who doesn’t even know what she wants.” The truth is that relationships are complicated and sometimes the process of deciding what you will mean to each other can be complicated. I can only tell you that if I had listened to the cynics, I would have missed out on the greatest blessing of my life. I suggest not giving much credence to those who are simply fortune telling without adequate information. The decision of whom to marry is the most important of your life. It’s fine to talk it over with trusted friends. But make the decision for yourself and for your own reasons.

If you have a best friend you have thought about creating something more with, what is holding you back? Chances are good that the thing holding you back is fear. You might be afraid to lose what you already have with your friend. But, keep in mind that, if you don’t move the friendship to something more serious, you are going to lose her anyway. Ultimately, one or both of you is going to marry someone else and boundaries will be created that prevent you from being as close as you are now. So, “playing it safe” and deciding to stay friends instead of trying for what you really want may be a short-sighted idea.

In the last five Years, I have seen Cathy through a miscarriage and two years of severe health challenges. She has seen me through the tragic death of my son, the recent the death of my mother, and some perplexing challenges in my career. We have been there for each other. The trials of our lives have been more bearable because we had each other.

To those of you who think dating is too hard, that the people you want to date are out of your league, or that you are only good enough to be the “best friend” but not the boyfriend, I just encourage you to keep trying and not give up. You might not want to put all your eggs in one basket with someone who, so far, is not showing romantic interest. That is sensible. But why not take the courageous step forward to tell your friend how you really feel and suggest dating to see where the relationship can go and what you might mean to each other. Who knows? It may result in your last first kiss.