A Season for the Miraculous | Meridian Magazine 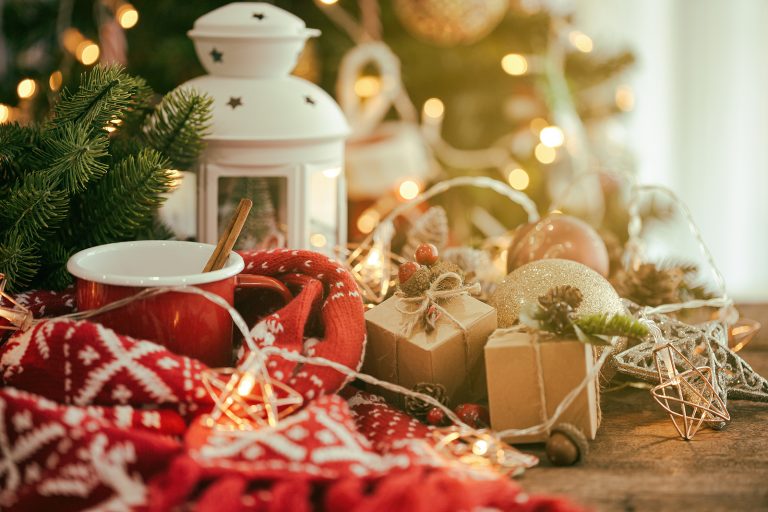 A Season for the Miraculous

God is a gift giver and a miracle worker.  When we are a recipient of His profound gifts or wonders, time often stops and we feel the awe-inspiring sweetness of His Presence.  I want to share three stirring stories where the Lord opened eyes and hearts to receive His special gifts at Christmas time.

Several years ago, I experienced a miracle.  I knew it, and I knew that the Savior knew it, because I felt Him there.

I lived in Monterrey, Mexico at the time and was the Stake Choir Director.  I was in charge of the Stake Christmas Program that our choir had been working hard on for several months.

Several days before the program, my back went out, and I could hardly walk because of the pain. The night of the performance came with little change.  I had taken pain medication, but it made me feel scattered and loopy. How was I going to do this?  Could I be on cue for all the cut-offs and musical interpretations for the 45-minute program? No way!  And it was too late for anyone else to fill in!  I prayed my heart out!

To make matters worse, the musicians I had arranged to perform 10 minutes of special prelude music didn’t show up, so it was abruptly left to me to provide it. I felt an immense wave of panic come over me because I hadn’t practiced any prelude music.  But it was time to perform…

As I sat down at the piano in front of hundreds of people at that very uncertain and fearful time, a marvelous thing happened: I had a perfect peace settle into me.  I opened the hymnbook to play Christmas hymns, but as I looked down at my hands I suddenly felt no attachment to them. My fingers were playing the piano, but it wasn’t ME doing it.  I felt a divine presence playing original stunning arrangements of the hymns THROUGH me. I felt the Savior there, and was enveloped in His love.

For those sacred and tender moments, I marveled. After my prelude, I moved pain-free, almost as if in a dream, to the place where I felt heavenly help conducting the choir for the next 45 minutes. I was aided to make every cue, and could “hear” angels singing with us.  Everything went perfect. I was beyond blessed!

The Giver of Gifts is the “Father of Lights”

I just love the scripture in James where he tells about God giving special gifts.  I feel that this was what happened to me on that night:

“Every good gift and every perfect gift is from above, and cometh down from the Father of Lights…”[1]

The “giver of gifts” gives to all of us in an infinite variety of ways.

I have a long time friend, Rose, who told me about a singular experience she had with her little son when he was 6 or 7.  She was sewing and decorating her home for Christmas when her son began to describe angels that he was seeing.

“I was sewing and he was cutting up fabric beside me as I was singing a random medley of Handel’s Messiah.  The Spirit was very sweet, the room had large windows on three walls and snow was falling through the bare trees.  My little son came to me and asked me,

I was very surprised and asked him to tell me what men he was asking me about.  He told me as he pointed,

‘The men with the white clothes that walked up here.’

“I asked what they were doing and he told me,

‘They were watching me and listening to you sing.  They liked being here, and want to come back.’

I didn’t see them but I definitely felt their presence.” [2]

Rose received the precious gift of angels that night, as did her son.

Seeing a Vision of Christ at His Birth

My friend, Matt Hill, shared a profound Christmastime experience he had shortly after he returned home from his mission.  He writes:

“One Sunday, shortly after returning home from my mission, I had an unusual experience while singing a hymn at church. I was singing the opening hymn that  day which was Silent Night. As we began to sing that hymn, I experienced what I can only liken unto a flashback of sorts. In an instant, there I was in heaven, gathered together with countless spirits for the purpose of watching our Savior-to-be enter mortality. I could see those in heaven gathered as far as the eye could see as we were anxiously awaiting the moment. The mood/feeling/climate in heaven was one of anxious awe, humble excitement and indescribable gratitude.

“When the moment of His birth came, an unbelievable hush rolled over the heavenly hosts as we watched this sacred moment in reverent silence. The quiet moment felt as though a pin drop could be heard. We were witnessing what we knew to be the greatest selfless act that there could ever be. We were witnessing Jesus begin his earthly sojourn.

“Once he was born, the silence was interrupted with the sound of weeping, joy and excitement. Everyone was crying, hugging and smiling as we watched this great event. We were filled with pure joy and absolute gratitude. Shortly after the Savior’s birth we joined together in song.

“I found it notable that those with whom I was hugging and witnessing this event were my family members.

“It was done. He was born. The ball was set in motion. We all knew what this day meant. Although happy and grateful beyond belief, we all knew that He would one day experience complete betrayal and would eventually be crucified, but on this day, we were filled with Joy!”

“Since that time I have often reflected on what I saw and felt that day. I had never before that experience given thought to the idea that I had been a witness to the Savior’s birth. In like manner, I had never considered that those with whom I had  watched this magnificent event would be my loving, eternal family to be.” [3]

Mathew’s experience can give us all extraordinary food for thought.

Season for the Miraculous

The Christmas season is the season for the truly miraculous. From time to time, the “Father of Lights” gives us precious gifts that last for a lifetime in our hearts and minds because His illuminating Presence can never be forgotten.

[3] Special conversations and email with my good friend Matt Hill. Used with permission.

On the Christmas Eve that was two months after my mother’s passing, I was retiring to bed and feeling peace and joy about the next day. I felt ready. All things were prepared but I was also realizing it was my first Christmas without my mother. Soon after I was comfortably in bed and pondering, a vision came of my mother and she was standing in the air in glory. She was whole and complete in her temple clothes but without a veil. In her last months of life, she had had her left leg amputated just below the knee due to diabetic complications. Now she was in a most whole and glorious state with bright light all around her and a radiant smile. She did not speak but I received a message of her love for her family. I arose, after the vision closed, and typed up a letter of her love to my children, made copies and rolled them up with a ribbon around them and placed them in each sock to be read Christmas morning.It was also wonderful to relate this experience to my siblings and help them feel at peace with her passing and to rejoice in her graduation to a much better life.