A Reminder of All You Have Accomplished: Mother’s Day Art to Love « Meridian Magazine 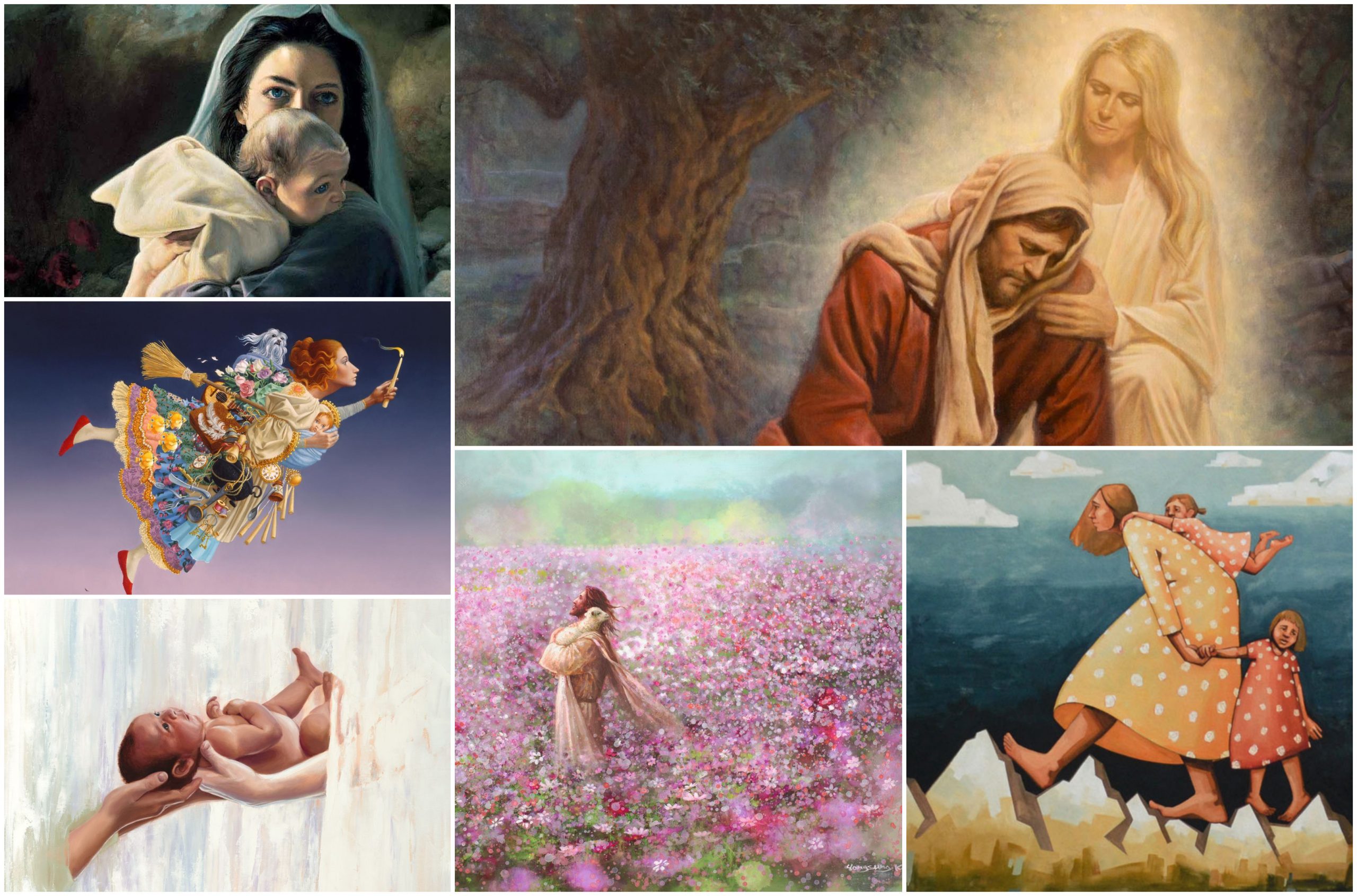 A Reminder of All You Have Accomplished: Mother’s Day Art to Love

This Mother’s day feels different. During the past year our daily routines have been disrupted, the role of every mother has changed. We have all had new experiences and have been allowed time for personal growth. These pieces of art serve as a reminder of the experiences of mothers who have overcome fear and persevered through trials during the pandemic. Click on any one of them to learn more.

“To all mothers in every circumstance, including those who struggle – and all will – I say, ‘Be peaceful. Believe in God and yourself. You are doing better than you think you are. – Elder Jeffery R. Holland

Be Unto Me, by Liz Lemon Swindle, captures Mary having all the same feelings as many new moms who were asked to do more than they ever thought possible. Like any first-time mother she must have felt all the fear, all the joy, and all of the love that comes with a child. Swindle recounts, “I remember a moment after the birth of my first child when everyone had left and I was alone with my son for the first time. I looked at him lying on the bed and realized I was responsible for this new life. How could I teach him everything he needed? I was terrified.I held him close and the two of us cried. Those were tears of fear and tears of joy, but most of all they were tears of love. Looking into his little face that day I made promises to my Father that I have tried very hard to keep.” Was it different for Mary on that night in Bethlehem?

Mother’s Lullaby, by Annie Henrie Nadar, represents a mother watching over her baby, while they in turn are watched over by angels — both mortal and immortal. The angels in our lives are often a profound source of love and bring us closer to understanding God’s love for us.

The Lord is my strength and my shield; my heart trusted in him, and I am helped: therefore my heart greatly rejoiceth; and with my song will I praise him. — Psalms 28:7

Calming Embrace, by Yongsung Kim, depicts Jesus Christ holding a lost lamb in a field of pink and purple flowers. Kim created this image to help provide calm in your own life as you imagine Christ embracing you personally. It also serves as a reminder of the calming embrace that mother’s surround their children with during times of uncertainty.

The Responsible Woman, by James Christensen, is a homage to artist James Christensen’s wife, Carole. He began to contemplate all her roles in life and the many responsibilities she shouldered as a full-time wife and mother of five young children. Women everywhere relate to the need to confidently soar above life’s troubles and challenges. In a given day she may shuttle the children, prepare a gourmet feast, keep to hectic time schedules and more, but she always keeps her head up and carries the light of hope to those around her. A special way to recognize a wife, mother, grandmother, sister or those who have accomplished so much.

Climbing Mountains With Children, by Caitlin Connolly portrays motherhood figuratively. Connolly describes the women in her drawings, saying ‘they feel big, substantial, capable – like they can do things’. This image perfectly shows a mother overcoming the hurdles of life while gracefully caring for her children.

Mother to Mother, by Katie Garner, serves as a symbol of the birth of a baby. Garner began the painting with the idea that she was creating an image symbolic of the birth of a baby. A mother extends her hands through the veil to reach Heavenly Mother’s hands and receive a baby. It can just as well be interpreted as a mother gently placing her infant child back into Heavenly Mother’s care.

Heavenly Mother, by Del Parsons, depicts Heavenly Mother comforting Jesus Christ while he was suffering in Gethsemane. “There is an exalted woman, the Mother of your spirit, who cares, instructs, and watches over you, who is helping govern the universe. There is someone on your side, urging you to become all you can be, who sent Her son along with the Father to help show you the way,” says Martin Pulido, co-author of the BYU Studies essay “A Mother There”.

Mother, by Liz Lemon Swindle, highlights the relationship between Mary and the Savior. She recounts, “As I grow older, I see that there is a natural reversal of roles and the child becomes the caregiver for the parent. I think this reversal was part of Mary’s relationship with her Son. She cared for Him as a helpless infant, watching him grow in stature with God and man. She watched as the crowds cheered His entry into Jerusalem, only to see them lift Him upon the cross a few days later. Her heart must have longed to heal His pains, but it was He who looked down with perfect love and said, motioning to John, || Woman, behold thy son! || As our children grow, we draw great comfort in their concern for us. Their kindnesses forged in the furnace of our earlier devotions. I wanted this painting to show the love the Savior had for His mother and the feeling that every mother can find comfort and safety in His arms.”