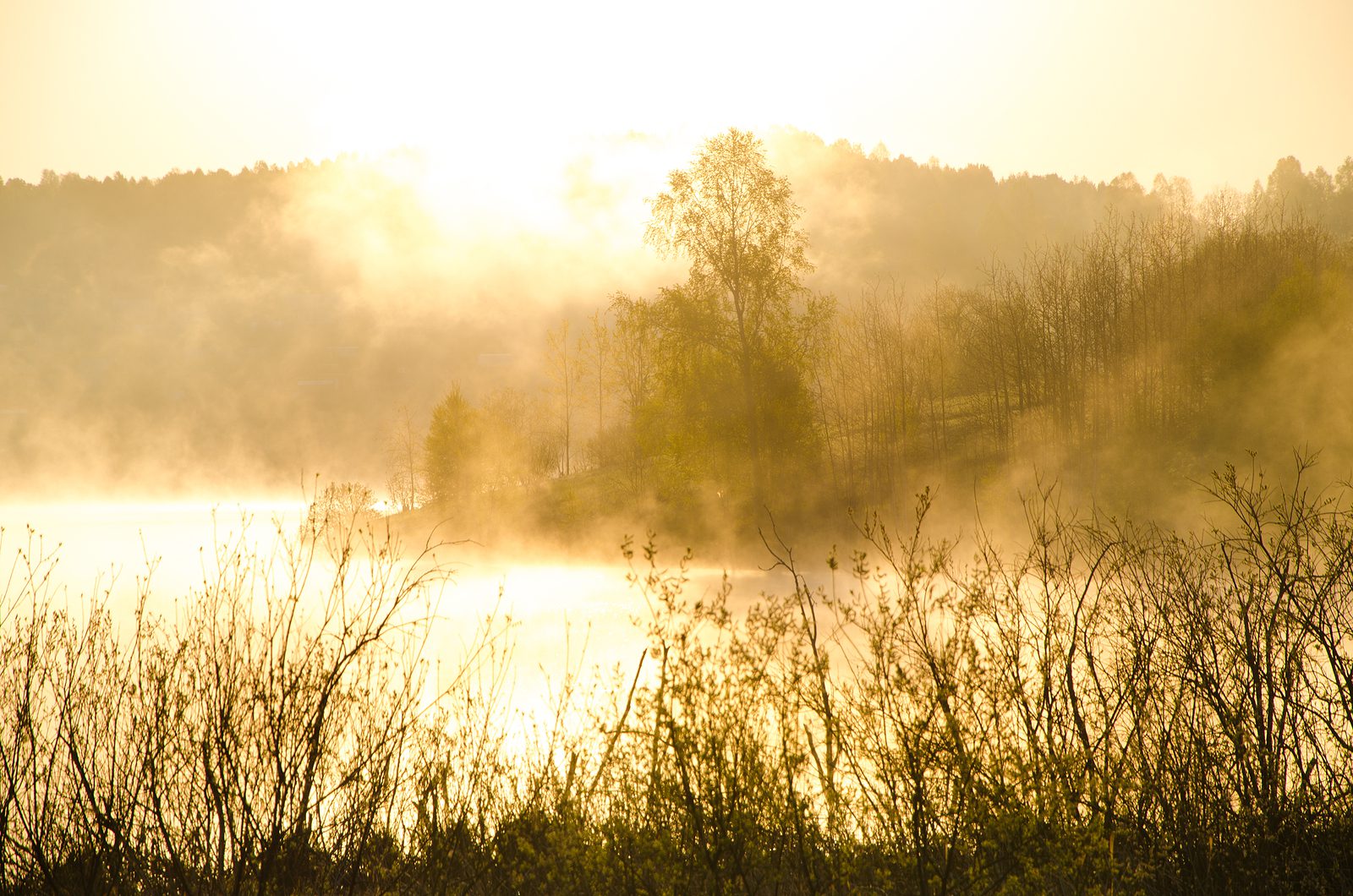 Motherhood with all of its complexities can encompass a wide berth of experiences. How and when we relate events to our children can be enlightening to them and to us. Spiritual experiences that remind us who we really are, and what our missions are, are something we should never refrain from sharing. In fact, experiences which our children are the principal focus, should be recounted as a reminder of our Heavenly parents’ love for them.

The anticipation for the spring soccer season was now at an end. April was here, and I would play in my first game Saturday morning. When Saturday arrived as I was getting ready, I felt the presence of a spirit standing in front of me. This spirit asked me, “If your children needed you, would you stay home?” “Yes,” I replied, but immediately the thought, “they wouldn’t need me”, entered my mind. I knew they would be safely at home while I played.

Then suddenly, I felt the presence of another spirit. This spirit was clearly different from the first, negative in nature, and pounced on the thought with encouragement that my children didn’t need me. Why I heeded this negative spirit still troubles me at times. My desire to play soccer and feeling my children would be fine helped me justify why I didn’t follow the spirit that simply asked me a question, leaving me my agency and reasoning, with no prolonged badgering. What is even more alarming is that during my soccer years, I asked the Lord not just to protect me from injury, but to warn me of injury. When He did, I did not heed the counsel.

Well, I played for about 5 minutes that spring season. Touching the ball for the first time in the game, I sprinted down the left sideline of the field, cutting around the last defender toward the goal. As I turned to shoot, my knee buckled tearing my anterior cruciate ligament (ACL). I would not play soccer again for a year.

With my leg still in a brace in July, I took my three children to upstate New York, to vacation at Keuka Lake and to see the Hill Cumorah Pageant in Palmyra. My parents, a few other family members, and my best friend, Rita, would meet us at the lake house.

On a beautiful sunny day, Rita and I took my three children, Sam age 7, Jake 6, and Stephen 4; two nieces, Sara 11 and Becky 9, and my autistic, older brother Lance and his friend Claudia, to visit with Vera, a family friend.  Vera had a lakefront home with a dock, pedal boat, and floats. The children played in the chilly lake water staying close to shore. Being fairly incapacitated with my leg in a brace and unable to swim or move quickly, I watched from the deck.

Earlier that morning I had prayed for protection for my family as I often do, but it felt different. I could sense a calm feeling as I requested this blessing. I didn’t know quite what it meant, but I “marked it” in my memory.

After a little while, Lance pulled the pedal boat into the water. My niece, Sara, and Stephen clambered aboard as Lance and Claudia took the front seats. Immediately I yelled to Lance, “Stephen can’t swim! He needs a life jacket.” My voice faded into the void as Lance, filled with excitement, continued to pedal out. Rita grabbed a few life vests and ran to the dock calling to Lance. Awakening to her voice, Lance began peddling toward the dock being about 20 feet from it and shore.

As I watched, I could clearly see the small boat with my four-year old, Stephen, was sinking! Lance immediately went into action telling Sara to go to the front of the boat believing it would balance it out. I knew it would flip it and screamed, “NO!”  Rita saw it, too. She dove in the water although she was fully dressed including her sandals and glasses.

As Sara and Claudia leapt off, I could see Stephen falling down from the back of the vertically inclined boat, toward the water as it capsized, certain he would be trapped underneath. Once the boat was upside down, I lost view of Stephen and Lance.

I was praying Lance had Stephen on the other side as I hobbled as fast as I could toward the water. Lance emerged. His head was bloodied, and he didn’t have Stephen. I screamed, “Get Stephen!” Lance quickly dove down in the water, but I knew it was too late. Lance and Rita would never find him under the water. Yet, several seconds later, to my overwhelming joyous astonishment, Lance came from the blind side of the boat with Stephen in his arms.

Soon after, Rita, who had collected Stephen from Lance, brought him to shore. Incredibly, his hair wasn’t even wet. Lance told us he found Stephen clinging to the side of the boat. In an effort to calm Lance and Claudia who were both extremely upset, we just laughed off the incident even though I knew we could have easily had two deaths that day.

Later that evening as we recounted the events of the day to my parents, I described how Stephen had grabbed the side of the boat as he fell. Stephen, who is usually quite quiet, heard me, then corrected me. He said, “No Mommy, I couldn’t reach the boat. Sara pushed my feet so I could reach it.” I answered him by saying I could see Sara who was clearly on the other side of the boat and couldn’t have helped him. He then insisted that Sara had pushed his feet; so he could reach the boat. That is when I knew I had witnessed a miracle; Stephen had been rescued and preserved so he could continue his life’s mission.

I was overcome with gratitude as I had never felt previously. For the next few weeks my humility deepened. Every time I looked upon my children, I felt this penetrating gratitude. I also noticed my children were much calmer. I was much more at peace. Not only that, I could feel two angels around me constantly. They walked with me daily and stood as sentinels on either side of me.

Then it happened. My precious four-year old did some small thing and I felt irritation. With some annoyance, but not raising my voice, I snipped, “Stephen, stop that.” I felt the angels gasp at my reaction to Stephen! I was surprised since this was not an act of strong discipline. It was then these angels left me.

I am sad to say after that I was left to my own devices; the deep humility I felt left me. Yet, I remember the feelings, and still desire to always have true humility and gratitude as my companions.

I share this tale with Stephen, who is now in his thirties, from time to time, reminding him of this saving miracle. Relating this spiritual event to him, and those I feel impressed to tell, can be a source of light, a reminder, or impact them in ways I cannot see. This spiritual experience not only reminded me of who we really are, but also helped me to see who I am.