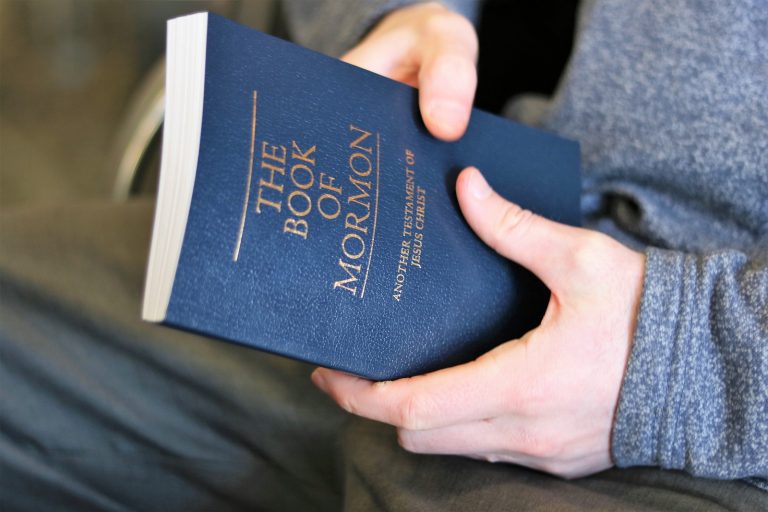 I’d like to point out a minor detail that is part of a massive pattern in the Book of Mormon.

Helaman 6:37-38 contains a description apparently written or at least edited by Mormon about the success of the conspiratorial, murderous, wealth-seeking “model citizens” and influencers in Nephite society, those aligned with the successful business model of the Gaddianton robbers.

And it came to pass that the Lamanites did hunt the band of robbers of Gaddianton. And they did preach the word of God among the more wicked part of them, insomuch that this band of robbers was utterly destroyed from among the Lamanites. And it came to pass, on the other hand, that the Nephites did build them up and support them, beginning at the more wicked part of them, until they had overspread all the land of the Nephites and had seduced the more part of the righteous until they had come downto believe in their works and partake of their spoils and to join with them in their secret murders and combinations. (Helaman 6:37–38)

Curiously, the acceptance of these trendy connivers by the Nephites is described as “coming down,” a term that strikes me as odd in English for this sentence.  Should it just be “had begun to believe”? Matthew L. Bowen helps us see the potential significance of this language in terms of what may be happening in the Hebrew, where “coming down” in its various forms can be a reference to the Jaredite people and their failure due to being dominated by secret societies. In his latest article,  “Coming Down and Bringing Down: Pejorative Onomastic Allusions to the Jaredites in Helaman 6:25, 6:38, and Ether 2:11,” Interpreter: A Journal of Latter-day Saint Faith and Scholarship 42 (2021): 397-410, he notes that the likely Hebrew for in this passage for “had come down” is yārĕdû or yordû, very similar to the Hebrew for “Jared.” This follows a warning in Helaman 6:25 against sharing details of the secret oaths had among the Jaredites “lest they should be a means of bringing down [cf. lĕhôrîd] the people unto destruction.” In fact, there are three cases of  apparent wordplays in the Book of Mormon casting a negative light on the Jaredites and their descent due to secret combinations. Bowen writes:

All three of these onomastic allusions constitute an urgent and timely warning to latter-day Gentiles living upon the land of promise. They warn the Gentiles against “coming down” to believe in and partake of the works and spoils of secret combinations like the Jaredites and the Nephites did, and thus “bringing down” their own people to destruction and “bringing down” the “fullness of the wrath of God” upon themselves, as the Jaredites and the Nephites both did.

Bowen cites Brant Gardner’s insightful view on how Mormon viewed the Jaredites, blaming the greatest problems of the Nephites on the Jaredites, as if their secret societies were an ancient infection that had spread among the Nephites. It makes sense, then, that Mormon would strengthen his case against the Jaredites with pejorative wordplays pointing to the danger that had come from their influence. We shold note that while two major Jaredite armies wiped each other out, there is evidence in the Book of Mormon that Jaredite influence remained in the land, as we see Jaredite names persisting among the Nephites, generally associated with rebels and wicked people. (Some of these names are listed in the Book of Mormon Onomasticon at https://onoma.lib.byu.edu/index.php/Reuse_of_Jaredite_Names_Among_the_Mulekites,_Lamanites_and_Nephites.)

All of this is a reminder that the Book of Mormon often has much more going on than meets the eye. There are allusions, wordplays, unusual phrases rich in meaning, and details that become more meaningful when viewed with the perspective of antiquity. This use of wordplays around the name Jared are a very small but interesting aspect of this broad pattern in the Book of Mormon.

Fascinating! Unfortunately, the Gadianton robbers are alive and well in 2021, with a significant number of people--especially in America--giving them support and seeking to profit from their depredations on society.

I always enjoy reading Jeff's posts. His attention to small details is fascinating. Thanks, Jeff.