A Memorable Parting Gift From A Dying Mother | Meridian Magazine 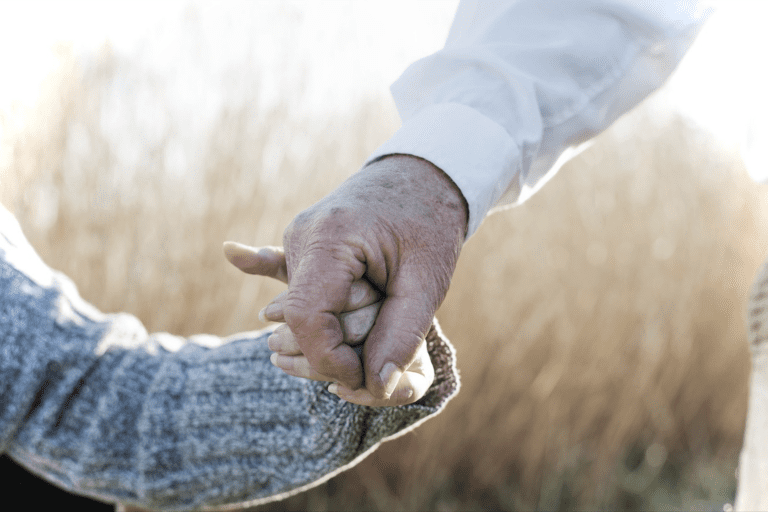 A Memorable Parting Gift From A Dying Mother

Meridian has been following Laura and Craig Mortensen for years as they have developed the Easter Crèche, creating a new tradition for families everywhere. Now they report of one woman’s last legacy to her family: an invitation to each of them to bring Christ into their homes.

When Karen Roberts was diagnosed with stomach cancer, the doctors told her she had 3-6 months to live. Though this terminal cancer seemed sudden and tragic to her family, the news was not surprising to her.

From a young age, Karen had a special relationship with Christ. With a mother who was not active in the Church and an alcoholic father who was not a member, she stepped up as the oldest child and got her four siblings ready to go to church each Sunday. Life was not easy for young Karen, but because of her trials, she gravitated towards Christ and found strength in her relationship with Him. She not only stayed active in the Church, but she instilled the gospel in her siblings who all remain active to this day.

Karen’s relatives were mostly Christians from other sects, and when they would get together, she unabashedly discussed religion with them and shared her testimony as often as she could. Even her home testified of Christ, especially at Christmas time when she set out her collection of nativities displayed throughout the whole house.

Tara Ethington, Karen’s daughter, remembers that “every night in the middle of the night if I ever couldn’t sleep, I would get up to get a drink and my mom would be sitting in her chair reading her scriptures.” She observed her mom and how she reached out to others who were struggling to remind them of their Savior’s love.

“When someone would pass away or lose a child or lose a loved one, she would always go buy a Christus [statue] and give [it] to the families that were left to mourn, to remember Christ and His plan,” Tara said. “She was always trying to draw things back to the Savior, draw things back to Heavenly Father’s plan. That’s what she relied on her entire life and what strengthened her testimony so greatly.”

As she got older, she began to have ongoing stomach problems. Before even going to the doctor, Karen began telling people that she had cancer. She was not one to make up any illnesses, but Tara remembers getting frustrated at her mother, saying, “Mom, you can’t tell people you have cancer. You have not been diagnosed.” No matter what her kids said, Karen felt and knew she had cancer. So, when the doctors gave her the official prognosis, she decided she had just enough time to get her children and grandchildren something to remember her and her testimony of the Savior by.

All of her children already had Christmas nativities. She wanted something unique—something special.

One day, Tara heard about the Easter Crèche, a set of figurines (like a nativity) depicting the resurrection of Jesus Christ. Knowing her mother was in search of a parting gift that could teach of Christ, Tara showed her mother the Easter Crèche. Karen immediately ordered one for each of her six children and one for herself.

“I remembering opening that first set and my mom’s eyes filled up with tears of joy, knowing that this was perfect in every way of what she represented and of what Christ represents,” Tara said. “We took it out of the box and delicately set it up by her bed. She expressed to me in the days that followed that in moments of fear and anxiety, she would look at it and it would bring her peace and joy and comfort, knowing that she would be reunited with her Beloved Savior soon.”

The crèche remained at Karen’s bedside until the day she died on March 29, 2015, a week before Easter.

“There isn’t a day that goes by that I don’t think of her. It’s an honor and a privilege to put up that Easter Creche every year in her memory and in remembrance of our Dear Lord and Savior Jesus Christ, His Atoning sacrifice, what it means to me and to the world…We focus so much on [Christ’s] birth, which is wonderful, but it’s amazing to be able to have this in our home during Easter time to be able to remember the true meaning of Easter.”

Only three months elapsed between Karen’s diagnosis and when she passed away, but even with the terminal cancer that so quickly took their mother, Tara and her siblings cherish the gift she gave them and put it up every Easter as a reminder that not only will they see their mother again, but it is because of Jesus Christ that “death is swallowed up in victory” (1 Corinthians 15:54).

To read more about the Easter Crèche, see our previous article HERE.