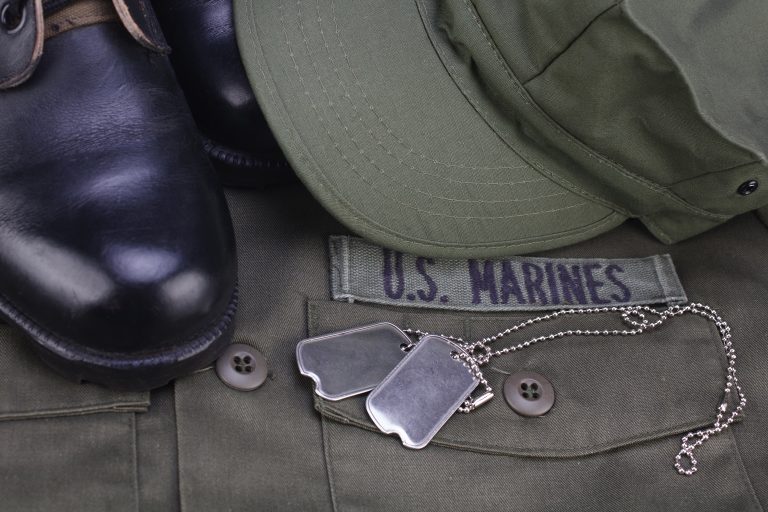 A Marine’s Thoughts on Heavenly Mother

I was raised by warriors, individuals of great renown. Regular guests to my house growing up were people like Jerry Marvel, Brad Garfield, or Carlos Hathcock. I know the names probably don’t mean anything to you, but they are well known among warfighters. One regular visitor was my great uncle Jim.

Every year he would travel to our home from Missouri so that he could spend a week fishing on the beach. Uncle Jim started his Marine Corps career during World War Two. He fought at Guadalcanal , Peleliu, Iwo Jima, and Okinawa. He would go on to serve with Chesty Puller as one of his frozen chosen in Korea and finished his career serving three tours in Vietnam.

Uncle Jim was quiet and patient – and could sling together a string of swears like you wouldn’t believe. I learned a lot of short words and big lessons from him.

Growing up with people like these I wanted to be just like them. I looked up to them. I admired their honor, their courage, and their commitment. As soon as I could I enlisted.

I didn’t want to go to Parris Island! It is a hot humid swamp. They have sand fleas and it’s just a terrible place to be. I wanted to go to San Diego where the temperature was more moderate (and there were no sand fleas). The Marine Corps is built on custom and tradition and so they honor legacies. If you have a legacy in your family, they’ll send you to that same place to become a Marine where your family became Marines. So I put in for legacy placement – I wanted to go where great Uncle Jim, my father, my uncles, had gone to become Marines. The response returned; they would honor my family’s legacy. I was thrilled… to not be going to Parris Island.

I was shocked when my orders came to report to Parris Island. Not having much recourse, I took my orders and shipped out to the swamp. Nine weeks later we’re out at this place called Paige Field. An old airfield  now overgrown with forest and full of obstacles courses and running trails. For fifty years this is where recruits have gone to complete their basic warrior training and field training in preparation for infantry school. Mostly what you do out there is run, run, and run.

The sun had just started to peek through the trees one morning while we were out running. Suddenly, I felt an extraordinary rush of well-being accompanied by this thought: “my mother ran here.” You see, I forgot that my mother was also a Marine – and all female recruits go to Parris Island.

Now, how could I forget something like that? Well, I didn’t know my mother. At least not very well. She died when I was very young and so I don’t know what kind of music she loved, or what movies she enjoyed watching. I don’t know if she was a big reader or a theater geek or was in the band.

Really, I didn’t know if I was anything like her. And doesn’t every child want to be like their parents?

Why didn’t I know more about my mother? Growing up we lived in in a military town in North Carolina. My mom was from Tulsa. Many of the people who knew her growing up were far away, and the folks that knew her when she died soon moved away. For others it was uncomfortable for people to talk about my mom. For some it was painful, for others talking about my mom made them feel uncomfortable. As such, I didn’t know much about her. That morning I resolved that I would find out who my mother was. When I got home I started a quest. I wanted to know who she was. I wanted to know her better. I wanted to remove the shame I felt for not having honored her as I should have. You can understand I’m very grateful to the Marine Corps, in their own bureaucratically efficient way, for choosing to honor a legacy that I had neglected.

I tell you this, so you know where I am coming from. That if you, like me, also feel a deep yearning and desire to know our Heavenly Mother, I share it. I know what it’s like to feel so much love and admiration to someone about whom we know so little. To be so indebted to someone to whom we haven’t been taught to express gratitude.

I have three things to say. One, this desire is a righteous one. Anyone who tries to shame, discourage, or damper in any way, a desire to know our Heavenly Mother better should be treated with a great deal of suspicion.

Two, children need to know their mothers. I needed my mother, and still need her. I need to honor her, even in death. I’ve learned that she was a great person. Funny things too, like that she had a paper route in Tulsa that she did on horseback. Or that she was Miss Teen Oklahoma and was voted Miss Congeniality at the national stage. She was kind. She had an infectious laugh. Everyone who remembers her recalls that laugh with a smile. She was brave.

I learned in the years since that she became pregnant in high school. Faced with a choice, she chose to have a child but was not allowed to keep her (we found each other). She was brave. Given a choice between the easy or the hard-but-right she always chose the right one. Given the choice between being right or being kind, she always chose kindness.

If you are waiting for someone else to teach you about Heavenly Mother, stop. Begin the quest, no one else will do it for you!

If we are uncomfortable speaking about our Heavenly Mother we should ask ourselves – Why? Why does it make us uncomfortable to talk about Her? Is there some practice, part of our culture, or belief that keeps us from approaching divinity? If there is, we should confront it and change it.

This article makes me appreciate my own mother and my Heavenly Mother even more. Thank you for sharing your story. I am sure your mom is smiling and proud of you.