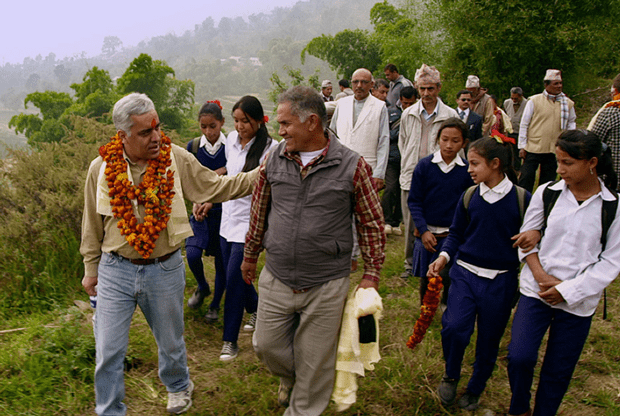 A Jewish Review says Everyone Should See “Meet the Mormons”

What’s more Yair Rosenberg writing at Tablet suggested that everyone—especially Jews—should see the film. He acknowledges that even Jews like Time Magazine’s Joe Klein and BuzzFeed’s Ben Smith have trouble understanding the Mormons and writes, “If even Jews like Klein—members of another minority faith historically maligned for its unusual beliefs and rituals—have trouble understanding and accepting Mormons, one can imagine how hard it has been for the rest of the country. It’s exactly this sort of discomfort that Meet the Mormons, a 78-minute documentary produced by the LDS Church that is currently playing across America, seeks to allay.”

Rosenberg writes. “You won’t find much in Meet the Mormon sabout the church’s internal struggles over women’s roles or the faith’s staunch opposition to gay marriage and fraught relationship to the LGBT community, or be introduced to polygamous LDS splinter cells. But then, you won’t hear much about the diversity, contributions, and personal fulfillment of everyday Mormons in the mainstream media. The film is certainly not a totalizing portrait of the LDS Church, which is unsurprising given its origins. But it is perhaps a necessary corrective to the cartoon caricatures of Mormonism that too often masquerade as respectable representation.

“On the surface, there is little that Jews will find familiar in the film. No converts from Judaism are featured, and the church’s outlook toward the faith—including its prior practice of posthumously baptising Holocaust victims—is not discussed. Yet at the same time, even as the protagonists of Meet the Mormons reflect on what Jesus means to them, the film’s underlying narrative strikes a common chord. It is an attempt by a minority faith—often maligned as privileged and clannish—to dispel debilitating stereotypes and gain acceptance in the American mainstream. The modern Jewish and Mormon stories are not the same, but they share certain aspirations that the film brings to the fore.”