A Historical Case for the Literal Resurrection of Jesus | Meridian Magazine 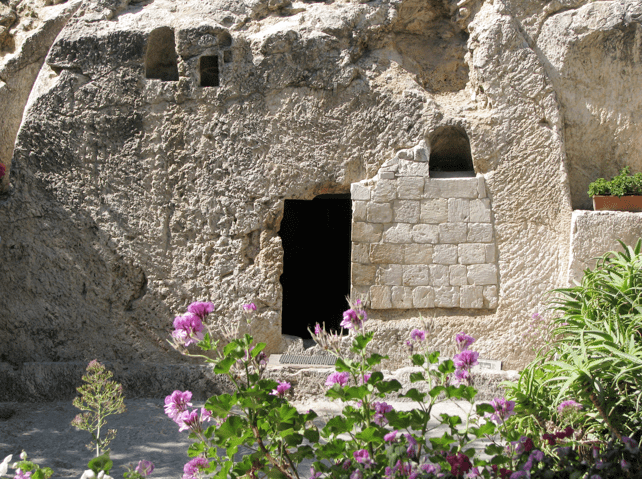 A Historical Case for the Literal Resurrection of Jesus

Many of us can name a handful of books that changed our thinking in some fundamental way.  They aren’t necessarily the best books that we’ve ever read, though they might also make that list, but, for one reason or another, they’ve proved pivotal to the way we’ve thought about some issue, event, or person.  For me, beyond question, one of those books is “Did Jesus Rise from the Dead?” by Gary R. Habermas, Antony G. N. Flew, and Terry Miethe.

The book is the record of a 1985 debate between Habermas, who teaches philosophy and Christian apologetics at Liberty University, in Lynchburg, Virginia, and the late Antony Flew (1923-2010), who was, at the time, arguably the successor to Bertrand Russell as the best-known advocate of atheism among English-speaking philosophers.  (However, Flew made headlines in 2004 when he announced that, although he still rejected Christianity and the idea of personal immortality, evidence had finally convinced him of the existence of an intelligent creator of the universe.)

When I picked the book up, candidly, I expected very little.  Habermas was a little-known professor at Jerry Falwell’s university; Flew was a world-famous Anglo-American analytic philosopher.  But virtually everybody who witnessed the debate or read the transcripts of it acknowledged afterwards that Habermas won it, and that he did so by a significant margin.  After reading the book, I agreed.  Moreover, I was surprised by the persuasive strength of the case that he had marshaled.

Until I read the Habermas/Flew debate, I believed in the historicity of the resurrection of Jesus because the Bible affirmed it and because the Book of Mormon and modern prophets reaffirmed it.  I trusted them (and I still do).  But it was a question of religious faith, I thought, which one either had or didn’t have.

Professor Habermas convinced me, however, that a strong and reasonable historical case could be made for the proposition that Jesus really rose from the dead.  Yes, it was and is still a matter of faith.  But it is also, unless one flatly rules miracles out in advance, a plausible way of construing the historical evidence.  Since that 1985 debate, Habermas has written many other books on the subject that might, perhaps, offer better treatments of the issue, and other scholars and philosophers—e.g., William Lane Craig, Stephen Davis, Michael Licona, and N. T. Wright—have weighed in with their own often quite potent cases for the literal resurrection of Christ.  But it was Gary Habermas’s argument, as originally presented in “Did Jesus Rise from the Dead?” that fundamentally transformed my thinking about whether belief in Jesus’ resurrection could be solidly grounded in secular historical reasoning.

A week or two ago, I listened to an interview with Prof. Habermas.  In the course of the conversation, he very briefly outlined a “minimal facts” or “six points plus one” argument for the historical authenticity of the resurrection of Jesus, and I thought that readers here might find it interesting.

How did Habermas choose his six minimal facts?  Obviously, he required them to be relevant to an argument for the resurrection of Jesus.  Also, though, and crucially, for an occurrence to count as an acceptable “minimal fact” for Habermas, it needs to have been established by more than adequate scholarly evidence, and usually by several independent lines of analysis and argument. Additionally, though, the historicity of the occurrence must be acknowledged by the vast majority of contemporary professional scholars in relevant academic fields—somewhere in the vicinity of ninety percent of them or higher.

The first of the two requirements is the more significant, in his view, since academic fashions change and academic judgments are sometimes fickle; it is multiple independent streams of evidence that actually establish the historicity of an event. There are other relevant propositions that, Habermas reports, are also accepted as historically accurate by a wide range of professional scholars, including skeptics, although not with the overwhelming majority that he reports for his six chosen “minimal facts.”  Among these are the claims that Jesus had predicted his resurrection appearances in advance; that he was buried; that the disciples despaired after the crucifixion, thinking that all hope was lost; that the early Christians conceived the resurrection of Jesus as literal and physical; and that Sunday, rather than the Jewish sabbath of Saturday, became the primary day of Christian worship.

However, he says, his six minimal points are accepted by all or virtually all credentialed academic scholars of the New Testament and related fields, whether believers or unbelievers, Jews or Christians, or overt skeptics.  He is not arguing, in other words, on the basis of disputed assumptions that are held only by theologically conservative Christian believers. Accordingly,  he considers them solid and, as much as anything in this area can be, uncontroversial.  The “plus one”—that the tomb of Jesus was discovered to be empty shortly after his death and burial—is accepted by most such scholars (probably, he estimates, by between two-thirds and three-quarters of the critical scholars who comment on this matter), but not in the same proportion as the first six of his principles, his “minimal facts.”

So what are his six basic points?  I’ll list them and briefly comment on each of them.

Anciently and particularly among Jews, crucifixion was regarded as a demeaning and dishonorable death, something that Christians would not willingly have ascribed to their leader.  (See Deuteronomy 21:23 and Galatians 3:13.)  This is one of the reasons that few scholars doubt that Jesus really was crucified.

You will immediately notice that this first “minimal fact,” that Jesus died by crucifixion, plainly and necessarily presupposes that Jesus of Nazareth was a historical person who, first, really lived.  The so-called “mythicist” position that Jesus is a fictional character, associated most prominently these days with Richard Carrier, has persuaded a vocal and perhaps even increasing number of online atheists and agnostics but almost no scholars in the field.  (I’m being generous here; I know of no serious scholarly authorities who have accepted it, but I allow the possibility that there may be one or two with whom I’m unacquainted.). It remains, by a very wide margin, an eccentric view far out on the fringes of the relevant academic disciplines.I’ve treated the question of whether or not Jesus actually existed in several short articles, including:

2. The disciples had real experiences that they believed to be appearances of the risen Jesus.

3. The disciples proclaimed the message of a risen Jesus very, very early, within—at most—a year or two of the purported event

Academic scholarship on the New Testament increasingly recognizes the existence, within many of the early epistles, of quotations from creeds and hymns that are even older than the epistles themselves.  A central element of those hymns and creeds is the proposition that Jesus rose triumphant from the dead.  Some scholars have argued that such materials may go back to within mere months, not years, of the crucifixion of Christ.

4. The disciples’ lives were transformed by their experiences, to the point of being willing to die for their message.

Any understanding of the early history of Christianity needs to account for such things as the otherwise astonishing fact that Simon Peter, an insignificant fisherman from the backwater region of the Galilee in the backwater province of Palestine, ended up in the imperial capital of Rome, where he caught the lethal attention of the Emperor Nero.  What set him on such a course?

On the transformation of the apostles, which, according to the New Testament book of Acts, occurred within at most a couple of months of the crucifixion of Jesus, see my 2012 article in the “Deseret News,” “Apostles became fearless preachers”(https://www.deseret.com/2011/11/17/20231473/apostles-became-fearless-preachers
For the specific question of the senior apostle, see “Why was Peter in Rome?” (https://www.deseret.com/2014/6/12/20543095/why-was-peter-in-rome)

5. James, “the Lord’s brother,” had a real experience that he believed to be an appearance of Jesus.

John 7:5 reports that, during his mortal life, even Jesus’ siblings disbelieved in his claims.  No early Christian would have invented such an embarrassing fact.  The gospels indicate that Mary, his mother, was present at the crucifixion, but his brother James seems to have been absent.

According to 1 Corinthians 15:7, though, the Savior made a special post-resurrection appearance to James (who is not to be confused with the Galilean fisherman James, the son of Zebedee).  This James thereafter became perhaps the principal leader of the Christian community in Jerusalem, where he died as a martyr in AD 62 or 69, stoned to death by order of the High Priest Ananus.  Atheists, agnostics, and skeptics accept these facts nearly as much as believing scholars do.  Yet James’s conversion requires explanation.

6. Saul of Tarsus also had an experience that he believed to be an appearance of Jesus, and he converted.

This story, the story of the man who, thereafter known as Paul, became the most famous of the early Christian missionary-preachers, is well known around the world.  Once again, though, it demands explanation.

And, says Habermas, all of these six “minimal facts” call for explanation, not just individually but collectively.  And, he argues, the most reasonable explanation for them, if we don’t simply dismiss miraculous claims in advance, is that the risen Jesus, returned from the dead, really did appear to the disciples, as well as to his brother James and to Saul of Tarsus, utterly transforming them and thereby transforming the world.

Moreover, if we add into the mix his “plus one” proposition, the case is strengthened immeasurably:

Jesus’ tomb was found empty after his crucifixion and burial.

People convinced of the physical return of Jesus from death would be well motivated, as James and Paul and the disciples plainly were, to take that transformative message around the known world, even at the risk of death.  For death, they knew, had been conquered.

Habermas’s argument, as sketched here, is interesting for several reasons, not least because it is constructed on the basis of purely secular academic analysis, making no appeal to faith.  Can it, therefore, replace faith, or make reliance on the Spirit unnecessary?  No.  It simply makes the conclusion that Jesus rose from the dead more plausible.  Saving and transformative faith, though, requires more than merely accepting plausible propositions.

Had a similar impact on me when I first read it years ago. Piece of trivia for you-- the book played a supporting role in the 2017 movie "The Case for Christ."

Dr Peterson, thank you. I found this very interesting. You have inspired me to look up Habermas’ writings. I will bookmark this for a time when I will teach about the Resurrection, as well.