A Day of Fear and Thanksgiving | Meridian Magazine 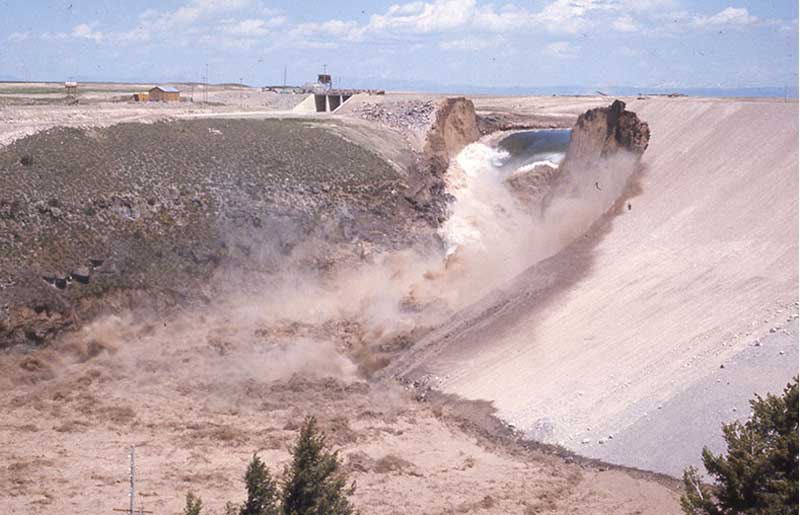 A Day of Fear and Thanksgiving

On Saturday, June 5, 1976, my younger sister came running out to where I was fixing a fence our cows had broken down. It was lunchtime, and I thought she might be coming to call me to come eat. But I quickly realized by the way she was running that something was wrong.

“Daris,” she said, panting, her voice sounding panicked, “the radio said the Teton Dam broke and that St. Anthony has been destroyed!”

My parents and the rest of my brothers and sisters were in St. Anthony. I threw down my tools and raced back to the house. “What do we do?” she asked.

I decided we should try to call my father at his office. I called, and he answered calmly.

“Dad, the radio said the Teton Dam broke and St. Anthony is under water!” I said.

He laughed. “I can tell you that I’m not treading water. I haven’t seen or heard anything, but I’ll check and learn what I can and call you back.”

I waited for a while as we continued to listen to the radio. Dad didn’t call, so after some time, I tried to call him again. This time the phone was dead. My mind raced, trying to think of anything I could do. But just then, the radio announced that they were wrong and the water had not touched St. Anthony but had cut through Wilford and turned toward Sugar City and Rexburg.

I had a lot of friends living in those areas, and my relief about the security of St. Anthony was quickly replaced by the fear of a possible loss of friends.

Suddenly the power went out. I searched desperately for a radio that ran on batteries but could not find one. Not knowing what was going on made us imagine the worst, and that was far worse than any bad news could be. My sister and I needed to know what was happening. Finally, I remembered that our old hay truck had a radio. I retrieved the key from a key hook, we made our way to the truck, and I turned on the radio.

We listened as KRXK continued to report the news. That station was in Rexburg, right in the main path of the flood waters. Still, they kept broadcasting, apparently with backup generators, until the last minute when they reported they were fleeing for safety on the Rexburg hill.

When the station went dead, I quickly turned the dial. Other stations were reporting the news, but what one would say would contradict the news from another. A measure of relief swept over us when our mother and our brothers and sisters drove into the yard in our old car. Still, we didn’t know where Dad was, and those arriving didn’t know either.

We sat in the old car most of the afternoon, listening to the radio. As evening came, my dad drove into the yard, followed by another car. Dad announced that we would have another family whose home had been destroyed, staying with us for a few months.

As the other family climbed from their car, we counted seven young children along with the two parents. They, with the ten of our family who were still living at home, would make a full house.

We teenage boys spent the next few hours moving our belongings to the basement so the new family could have our rooms. The living room would be the boys’ bedroom, and we would spend the summer sleeping on the living room floor.

We worked to rig a backup generator to be able to milk our cows and then worked until after dark to finish chores. The last news we heard that evening as we prepared for bed was that even though people were still missing, the number was small, and most people were accounted for.

As our two families knelt together before going to bed, even though there was a daunting task of rebuilding ahead of everyone in that valley, all we could think of was our gratitude that there was very little loss of life and that our families were safe.

We realized that nothing else really mattered.

Having lost 2 extended family members in the 2017 Santa Rosa CA Tubbs fire, I attest your conclusion after the experience of your day of fear: that 'nothing else really matters', when it comes to the preservation of the life. Tangible goods can be replaced, but love ones cannot.

Awesome. I remember that time.