A Cunning Plan to Destroy the Work | Meridian Magazine 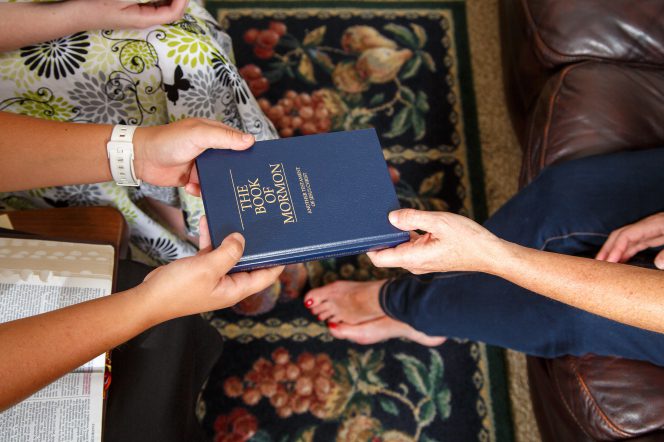 A Cunning Plan to Destroy the Work

I spent some serious time examining Doctrine and Covenants 3,5, and 10. These three sections are all related to Martin Harris’s loss of the 116 pages. As I pondered D&C 10, I kept seeing the word ‘destroy.’

And, on this wise, the devil has sought to lay a cunning plan, that he may destroy this work . . . (Doctrine and Covenants 10:12).

And thus he goeth up and down, to and fro in the earth, seeking to destroy the souls of men (Doctrine and Covenants 10:27).

There are other verses containing this word in these three sections, but these passages make my message clear: Satan was desperate to prevent the coming forth of the Book of Mormon. He gave his best satanic effort to destroy the work and the man responsible for it so that he could destroy us.

He failed of course: “I will not suffer that they shall destroy my work; yea, I will show unto them that my wisdom is greater than the cunning of the devil” (Doctrine and Covenants 10:43). But Satan had a backup plan. If I can’t keep the book from coming forth, then I will keep people from reading it.

Part of this backup plan has to do with his efforts to discredit the book, a cause sponsored by Hell’s Department of Disinformation about the Book of Mormon. Their efforts began pretty early.

As a curiosity, we have carefully examined the Golden Bible, and pronounce it not even “a cunningly devised fable,” Every page bears the impress of its human authorship. Though free from vulgar obscenities, it is an absurd collection of dull, stupid and foolishly improbable stories, which no person, unless under the influence of powerfully excited feelings can mistake for truth and inspiration. ‑‑ With its authors, the Book of Mormon cannot survive this generation. The next will remember it, only to smile at the credulity of the present (Ohio Atlas: Elyria, Ohio, Thursday, December 6, 1832).

I have no idea who wrote this piece, but I do not believe that he examined the book carefully. He may have looked at it, and even read a few pages. But no one who examines the Book of Mormon carefully could honestly say what he says. Still, I wonder how many people who read his article rejected the book without so much as a look.

Those efforts continue. An internet search of the topic Book of Mormon offers convincing evidence that these diabolical efforts have not ceased.

Another part of this substitute plan focuses on those who actually have the book: investigators and members. I suspect that Hell has another department whose occupation is to devise ways to keep people who have the book from reading it. That would be the Department of Disinterest or Distraction Regarding the Book of Mormon. The Hell Office Building (the HOB) probably has several floors devoted to this activity. And since Satan would not be a generous employer (who would ever get free time for good behavior? Or a Sabbath break? Or Christmas vacation?), that entire department of devious spirits must spend their time–24 hours a day, 7 days a week if spirits don’t sleep–trying to devise new ways to keep people who have the book from opening it, or opening it very much, or very frequently, or reading it, or reading it thoughtfully, or prayerfully, or daily, or studying it, or sharing it.

Many of you will remember when President Hinckley issued his challenge in August of 2005 for everybody to read or re-read the Book of Mormon. Satanic angels must have scrambled to find ways to minimize the damage. Can you imagine the distress of these diabolical beings when they checked their black market copies of the Ensign and realized the amount of repentance and righteousness that would take place if millions of people were to read the Book of Mormon?

I offer a challenge to members of the Church throughout the world and to our friends everywhere to read or reread the Book of Mormon. . . . Without reservation I promise you that if each of you will observe this simple program, regardless of how many times you previously may have read the Book of Mormon, there will come into your lives and into your homes an added measure of the Spirit of the Lord, a strengthened resolution to walk in obedience to His commandments, and a stronger testimony of the living reality of the Son of God (Ensign, August 2005, p. 6).

I wonder how many of those who responded to the challenge were turned out of the path before they were done. Satan did not destroy the work nor the translator in the beginning, but since then he has destroyed the incentive of many to read the book.

The issue however, is not simply to prevent a single reading in a few months at the end of a single year. The issue is to prevent reading at any time in any year.

We live in a day when sophisticated electronic surveillance devices offer early warning of impending dangers. Satellites circle the globe watching for activity of any kind that might indicate peril to our nation. Car computers monitor systems. Airliners have redundant relays to track safety in the air. When something unexpected happens that might imply trouble, alarms sound and people become busy finding out what is happening and what can be done. It seems likely that when people pick up the Book of Mormon, alarms sound loudly in the hallways of Hell. Evil spirits race to their computers. What happens next?

The phone rings, or a friend calls suggesting a trip to Krispy Kreme, or the clothes dryer buzzes, or the reader remembers some unfinished business. Satan and his followers are endlessly inventive. I wonder if that being who had such marvelous power as to bind Joseph’s tongue so that he could not speak (see JS-H 1:15), might not also bind our fingers so that we cannot turn the pages, or our eyes so that we cannot focus on the words.

I know I have overstated my position, but these thoughts have grown out of my study of D&C 3, 5 & 10. If Lucifer was willing to work as hard as he did to destroy the work and keep it from appearing at all, he is working to keep it from changing our lives (see Ezra Taft Benson, Ensign, May 1986, p. 43) as it has the power to do, or to insure that the book does not “transform men into Christlike beings worthy of exaltation” which it does (Spencer W. Kimball, CR, April 1963, pp 5-7).

So, if you have drifted away from the book, please don’t give up. The book has blessed lives for 185 years. We ought to do our part to make the alarm bells of Hell ring out.

I was inactive my whole adult life . I read of President Hinckley's call to read the Book of Mormon; I was inspired to do so. My life changed. I have been an active member since and enjoying the blessings of a converted life.

When we were asked to read the Book of Morman by Pres. Hinkley the Harry Potter books hit the stores and people were lined up to get a copy just in time to compete.