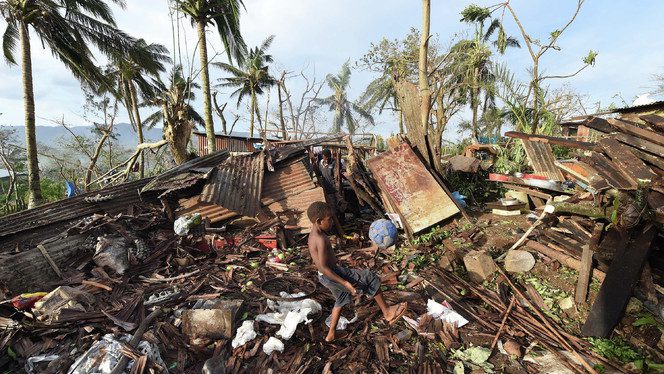 UPDATE: All Vanuatu Missionaries Accounted for after Storm

UPDATE: all of the LDS missionaries in the path of Cyclone Pam have now been contacted and accounted for.

The LDS mission president in Vanuatua dispatched two missionaries by boat on Wednesday to find six missionaries on the northern island of Ambae.

President Larry Brewer has not been able to contact the six missionaries on Ambae since Friday, when Cyclone Pam rampaged across Vanuatu’s islands with winds reaching 185 mph.

Brewer believes the missionaries are safe because he instructed them to find shelter before the storm and because the northern islands did not take the full brunt of the fearsome Category 5 cyclone, according to a spokesman for The Church of Jesus Christ of Latter-day Saints.

Brewer is in the capital city of Port Vila on Efate Island. On Wednesday, he instructed two missionaries living on Espiritu Santo Island to travel by commercial boat a few dozen miles east to Ambae. An LDS Church news release said officials expect to hear a report early Thursday.

The missionaries on Ambae are the final remaining missionaries Brewer has been unable to reach. All other LDS missionaries in the South Pacific are safe and accounted for.

This sounds like the storm portrayed in the movie of Elder Groberg's mission, "The Other Side of Heaven."