5 Things You Might Have Forgotten About the Sacrament | Meridian Magazine 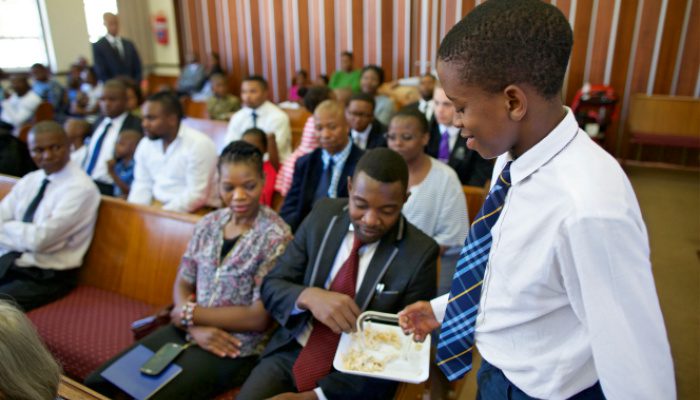 Latter-day Saints gather every Sunday in meetinghouses to partake of the Sacrament. The purpose is to remember Christ and renew sacred covenants. The sacrament has a long history. We have gathered some facts you might have forgotten about this important ordinance.

1. The sacrament changed drastically during the Great Apostasy

On the eve of Christ’s crucifixion, He gathered His apostles together and instituted the Sacrament.

After His crucifixion and the death of his original twelve apostles, many practices within the Church became corrupted and incorrect, including the Sacrament.

According to Richard Lloyd Anderson, “by ignoring major parts of the scriptures, various Christian theologies have either explained away or changed vital covenants and rites still mentioned in the Bible.”

Brother Anderson goes on to teach that “historical records show that the sacrament covenant of remembrance and recommitment was changed to include elaborate practices that tended to produce awed onlookers. Such changes forced individual repentance into nonscriptural channels like scheduled penance and the last rites.”

Because of these false changes that occurred during the Great Apostasy, it was necessary for the sacrament to be included in the truths restored by Joseph Smith.

2. The current sacrament prayers are identical to the Nephite prayers