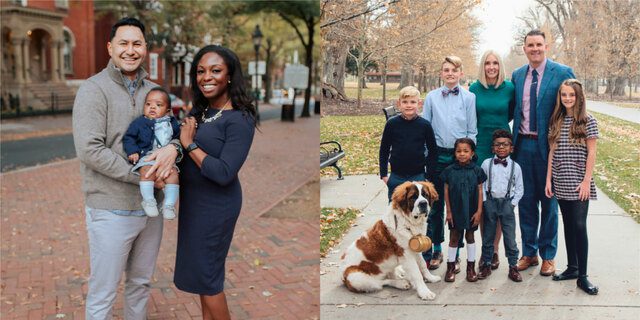 Editor’s note: Earlier this week, Sheryl Ellsworth and Emily McCormick appeared on KSL’s Studio 5. Their topic? Five things that mothers of children of color want you to know. You can watch their segment here and then read below to learn more as the mothers expand on the thoughts they expressed on the show.

“But race is the child of racism, not the father. And the process of naming ‘the people’ has never been a matter of genealogy and physiognomy so much as one of hierarchy. Difference in hue and hair is old. But the belief in the preeminence of hue and hair, the notion that these factors can correctly organize a society and that they signify deeper attributes, which are indelible—this is the new idea.” –Between the World and Me by Ta-Nehisi Coates

In the wake of people of color being killed and what were intended to be peaceful protests sometimes turning violent, we came together as mothers of children of color to think about what we have learned from being in our position—and what five things we would hope others could learn about race and racism.

Be aware, not afraid

Let’s start with an experience Sheryl had recently:

As a new mother, I remember going to a boutique to pick up something for our baby boy. The store wasn’t large, and I kept passing the same family. When I walked by, the daughter, who was no more than 3 years old, looked surprised and said, “Oh, scary!”

I hadn’t realized she was talking about me until she said it again. On my third pass, she repeated, “Oh, scary,” and I decided to talk to her father, who had been oblivious.

I approached him nicely. “Hi sir, I just want to let you know every time I’ve walked by your family, your child has called me ‘scary.’ And I just want you to know that I’m not a scary person. I’m just a mom trying to shop for her new baby.”

I felt immediate relief for having said the words.

The father, confused, looked at his daughter, thanked me for telling him, and walked away.

A few minutes later, the father, probably a little embarrassed, found me and asked if he could introduce his daughter to me. It was a simple thing—we briefly looked in each other’s eyes, shared our names, and said hello. But that short encounter had a big impact. It was a learning moment for all of us.

The father had been surprised by his child’s reaction to seeing a person of color. But as much as I couldn’t stay silent about sharing what had happened with him, he ensured that this teaching moment did not go by. He took that potentially awkward or embarrassing moment to teach his child that people might look different from her, but people are people.

That is one illustration of the fear or embarrassment around talking about race. This fear can be driven by a lot of things: What is the correct terminology? We are all children of God, so race doesn’t matter, right? Does talking about race make racism worse?