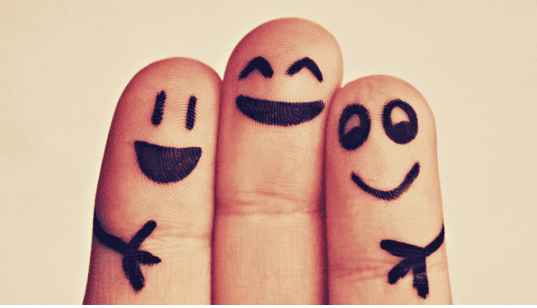 5 Reasons Why Mormons are Happier, According to Research

Three years ago, the Gallup organization released the results of a massive study on the link between religion and happiness, surveying 676,000 people.

The result? Mormons and Jews tied for first place, with a 69.4% “Well-Being Index Composite Score.”

Why do Mormons score consistently high in these studies? (See also here and here.)

This past weekend at the International Positive Psychology meeting in Orlando, I met a researcher who recently finished a thesis on just this question. Elisa Hunter (see here) has a master’s degree in Applied Positive Psychology from the University of Pennsylvania, where she studied with Marty Seligman, considered by many to be the founder of the field.

Here are 5 reasons that Hunter thinks Mormons may have a head start on happiness.

2. A focus on family

“Mormonism has a large emphasis on Family Home Evening, family prayer, family meals, and family rituals. A review of 32 publications suggests that family rituals and routines are associated with childhood health, academic achievement, and improved marital satisfaction. Also, one surprising finding is that a study at Emory University showed that knowledge of family history greatly predicted a child’s psychological health. Researchers found higher self-esteem, lower anxiety, and lower behavior problems in kids that know their family’s stories. This could be because they develop a sense of identity that’s larger than just themselves. They’re embedded in a larger, intergenerational context. Knowing that your great-grandma was able to cross the plains after her husband died could give you a greater amount of grit and self-determination.”