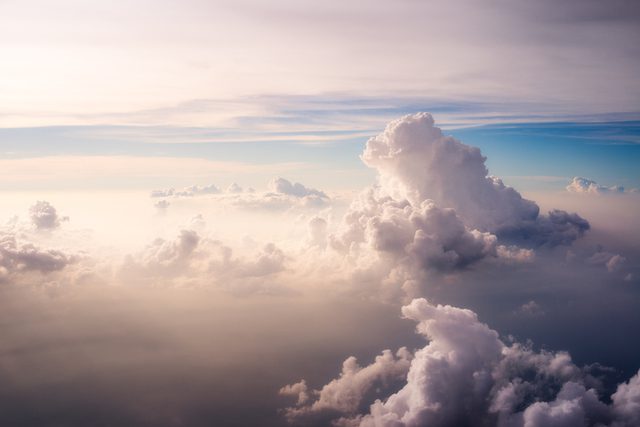 This article was written by Marlene Bateman Sullivan for LDS Living.

Jesus Christ answered, saying; “Because I live, ye shall live also” (John 14:19). Like birth, death is a necessary step in our eternal progression—a doorway that leads into the next life. The written accounts we have of early Latter-day Saints visiting the spirit world stand as a witness that life does not end with death. When the Savior came to earth, died, and rose again, He opened the doors of salvation, breaking the bands of death so that we might live.

Brigham Young said, “Our bodies are composed of visible tangible matter . . . What is commonly called death does not destroy the body, it only causes a separation of spirit and body, but the principle of life, inherent in the native elements, of which the body is composed, still continues” (Discourses of Brigham Young, compiled by John A. Widstoe, (Salt Lake City: Deseret Book 1954), pp. 368-369).

Since none of us has died, death remains unfamiliar and unknown. However, a few people have visited the spirit world through near-death experiences, dreams, and visions. We can learn much about death and the next life from their accounts.

We Are Not Left Alone When We Die

One such insight we learn from these accounts is that in the first moments after death, newly-departed spirits are often met by a guide who escorts them to the spirit world.

Lorenzo Dow Young, who had a near-death experience in the early 1800s, said:

“In a moment I was out of the body, and fully conscious that I had made the change. At once, a heavenly messenger, or guide, was by me. I thought and acted as naturally as I had done in the body, and all my sensations seemed as complete without as with it,” he went on to say, “the personage with me was dressed in the purest white. My guide, for so I will call him, said ‘Now let us go’” (Marlene Bateman Sullivan, Gaze Into Heaven; Near-death Experiences in Early Church History, (Springville, Utah: Cedar Fort, Inc., 2013), 27-30).

Tom Gibson, who had a near-death experience following a heart attack, shared that his friend Daniel came to escort him to the spirit world. He wrote:

“The world was different from this one. I’m not sure how I got there . . . I just followed Daniel. It seems as if all I had to do was think of where I wanted to be, and I could go there at any speed I wished. . . We continued walking for a while and I noticed someone on the path ahead of us. . . As we got closer to the individual on the path, I could see and feel that he was a magnificent person, and it was . . . I felt overwhelmed as I looked at him. He was bathed in light. Daniel asked if I knew who that was, and I answered, yes; it was Jesus Christ.

“When we got close to the Savior, I felt a tremendous love emanating from him. It’s hard to describe, but you could feel it all around him, and I felt a similar enormous love for him. I fell at his feet—not because I thought about it, but because I couldn’t stand” (Marlene Bateman Sullivan, Gaze Into Heaven; Near-death Experiences in Early Church History, op cit. pp. 89-90).

It is comforting to know that loved ones or angels will greet us when we leave our mortal bodies and help us know where to go.

The Spirit World Will Be Glorious but Familiar

It is natural to be curious about what the spirit world looks like. Some people who visited there have given clear and vivid descriptions, such as Brother Pettersson, who said it resembled the world he knew on earth.

See the rest of the article at LDS Living.