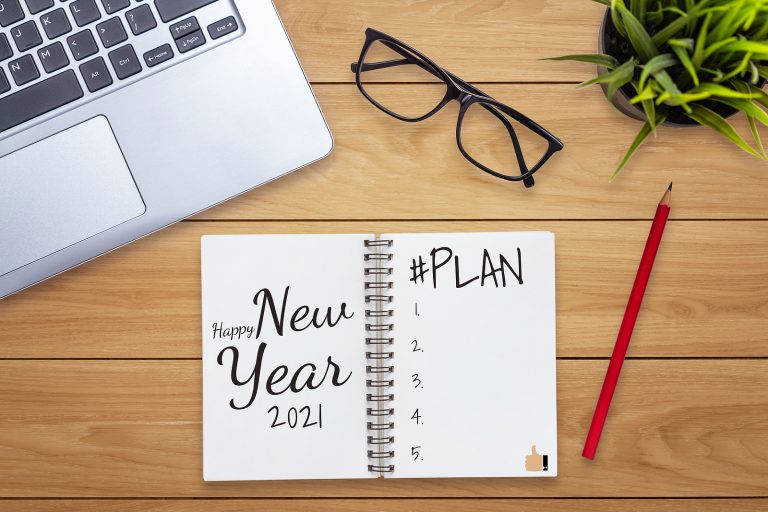 4000 Years of Failed New Year’s Resolutions–What’s That Spark That Keeps Us Going?

There is a bit of cynicism that lingers around the act of making New Year’s resolutions. Many make their list of goals for the year knowing full well that they didn’t succeed last year, and they likely won’t this year either. Were it not the time of COVID, the gyms would be chock full in January and empty again by February.

I’ve certainly had some of the same goals make their annual appearance on my list with nearly unaltered wording from the year before. I’ve hoped to lose that extra weight since I was about 15. I’ve been trying to complete Pioneer Book’s yearly reading challenge every year for the past six without ever once succeeding. I want to work on the languages I’m learning with more regularity and improve my cooking skills. So far, no good.

“The ancient Babylonians are said to have been the first people to make New Year’s resolutions some 4000 years ago”. Their New Year began, not in January, but in mid-March coinciding with the time to plant crops. They held a religious festival over many days in which they would make promises to the gods to return anything they had borrowed and pay their debts. If the Babylonians kept their word, they could expect the gods to bestow favor on them throughout the coming year. If not—well, we all know what an unfavorable year looks like (looking at you, 2020).

It was Julius Caesar in ancient Rome that tweaked the calendar to have the New Year begin with January 1st—a month named for Janus, the two-faced god whose spirit inhabited doorways and arches. His dual image was meant to symbolize looking back across the past year, with an eye ahead to the future. The Romans offered sacrifices that came with promises of good conduct for the coming year.

But I suspect that both the Babylonians and the Romans looked at their promises of good conduct at the end of the year and felt, like we so often do, that they had fallen somewhat short of their hopes. If it were something written down, no doubt even all those centuries past, they would find that their list seemed to look the same from year to year.

According to a 2016 study, of the 41% of Americans who make New Year’s resolutions, by the end of the year, only 9% feel they are successful in keeping them. An earlier study in 2007 showed that “12% of people who set resolutions are successful even though 52% of participants were confident of success at the beginning.”

So, why do we continue to do it? Why have we humans continued to set resolutions for the last 4000 years, even though we seem to be perpetually falling short of the goals and dreams we imagine for ourselves?

I still personally love this week, where the Christmas season is coming to a close and the New Year smells fresh with possibility and potential. Last year, I even threw an elaborate 1920s themed New Year’s bash to ring in all that possibility. It was a big deal for me: the first serious undertaking of any kind since having a baby which had left me mentally drained of the creative energy to do anything but snuggle and survive.

It was a hit, people came in costume and danced and ate 1920s food and played games that had people laughing and joyful right up to the countdown to midnight. 2020 looked like it was going to be mine, but we all know that the year has taken a hard-left turn that no one was expecting and few were prepared to fully take in stride.

And yet, here I sit at the cusp of another year where much of that turmoil remains unresolved and I feel again that humming excitement of a hope that refuses to be fully extinguished. I have a glimpse again of the girl I’ve always dreamed I could be and I like what I see. I believe that hope is a vestige of our divine DNA. We are, as C.S. Lewis said, “living in a society of possible gods and goddesses” (The Weight of Glory), and though it can be easy to lose sight of that when others disappoint us, some part of ourselves never forgets that we are here for growth, not just endurance.

On a walking tour of York, England once, our guide showed us some of the Roman ruins in the outskirts of the city including pointing out a former stadium that had been named: “The Triumph of Hope over Experience”. I laughed at the name and it stuck with me a few days later when my husband and I attempted for the 3rd or 4th time in our marriage to share a twin-size bed, which has ever been an uncomfortable failure with our larger than average heights and frames.

“The Triumph of Hope over Experience”, I thought to myself as I failed to get a wink of sleep that night, “we keep stupidly hoping this time will be different, we never learn”, as though hope is really a product of naivety and failure to see the cold facts as they really are.

But the apostle Paul turns that concept on its head. In Romans 5 he says, “…but we glory in tribulations also: knowing that tribulation worketh patience; and patience, experience; and experience, hope.” According to Paul, it Is experience that gives us hope, not the absence of it.

So, how has the experience of 2020 given you hope? Are you going into 2021 more self-assured for it? If not, what experience are you still missing? Perhaps this week is a perfect opportunity to look back and take stock on what experiences your hope is made of.

It’s interesting to look to the hope of those from the scriptures for inspiration. Despite the gut-wrenching utterances of sorrow and inadequacy in the 4th chapter of 2nd Nephi often referred to as Nephi’s psalm, Nephi declares, “I know in whom I have trusted” with assurance and true hope. Of all the experiences his hope might be built on, I often reflect on those stormy nights on the ocean, cruelly bound on the very boat he’d built from nothing with the divine guidance of his Father in Heaven. His family members had repeatedly turned on him and only after days of tempest and the Liahona failing to work did they begin to think the Lord was visiting them in wrath.

They finally loosed Nephi’s bonds, which had left his wrists and ankles painfully sore, but he says, “Nevertheless, I did look unto my God, and I did praise him all the day long; and I did not murmur against the Lord because of mine afflictions” (1 Nephi 18:16).

In reflecting on the trials of the entire wilderness journey, Nephi said:

2 And so great were the ablessings of the Lord upon us, that while we did live upon braw cmeat in the wilderness, our women did give plenty of suck for their children, and were strong, yea, even like unto the men; and they began to bear their journeyings without murmurings.

I know firsthand just how great a blessing from the Lord this is. I am firmly in the “bear children” phase of life with a toddler under foot and one on the way, and a couple of weeks ago, my toddler threw sloppy joe meat on our new carpet and I sobbed for 30 minutes straight. Bearing their journeyings without murmurings is no small feat.

Nephi’s hope was a testimony built on experience. He saw the goodness and consistency of God, not through moments where God took away the challenge, but moments where He gave them the strength to do what was asked of them. I hope that has been some of the experience of your year this year too; the chance to see that when life drained you until you had nothing left—the Lord offered His strength so you could give a little bit more, or offered his angels so you could get by until you had something to give again.

This life is our wilderness sojourn and with experience, we can learn like Nephi that the Lord will provide means for us during our stay. And that knowledge is the root of our hope.

Our continued hoping and planning to be better, despite perpetually falling short is a divine signature in our consciousness. We know we can do more because some part of us remembers that we are more. We are ancient spirits with a purpose here that involves striving towards godhood. And though mortality with its foibles and pitfalls might feel like an “itty bitty living space” for spirits with destinies like ours, it is also the most fertile soil for our growth. We know it, and we can feel it.

And if I’m honest with myself, I know that though I’ve rarely completed a New Year’s resolution to perfection, setting goals has made me better by degrees. I may not have ever reached my dream adult weight, but after giving birth, I got my body back down to my pre-pregnancy weight using the tools I had found useful in my various attempts to shoot for that dream weight in the past.

Though I don’t study languages nearly as much as I always hope I will, I finally hit my desired 90-day streak of working on Spanish every day after trying for about a year and a half. And I may never have completed the Pioneer Book reading challenge, but one year I read 34 of the 36 required books and were it not for the challenge, I would have probably read 2-3 books that year, tops.

So, if you are looking at the coming year with a little bit of hope, embrace it. Remember that those “strivings within” are evidence of the spiritual potential we all carry and when we fall a little short, we will still be better for the reaching, and Christ will be there to make up the rest. He knows that we aren’t going to accomplish it all in year. There’s a reason we renew our covenants and become clean again every week. We need it at least that often. But He also gives us all the tools to continue to be better because He knows what we can be, and sends the Spirit to offer gentle reminders when we forget.

I suspect in another 4000 years (were the earth to continue that long in its current state), people will still be making goals and looking back across the past year with poignancy and forward toward the next with inextinguishable hope. It is inherent in our divinity to do so. Your goals need not be a list of resolutions, they could be summed up with a simple scriptural theme or even a word, but don’t stifle the impulse to keep trying. No matter how many times you have failed.

It is who we are. And why we are here.