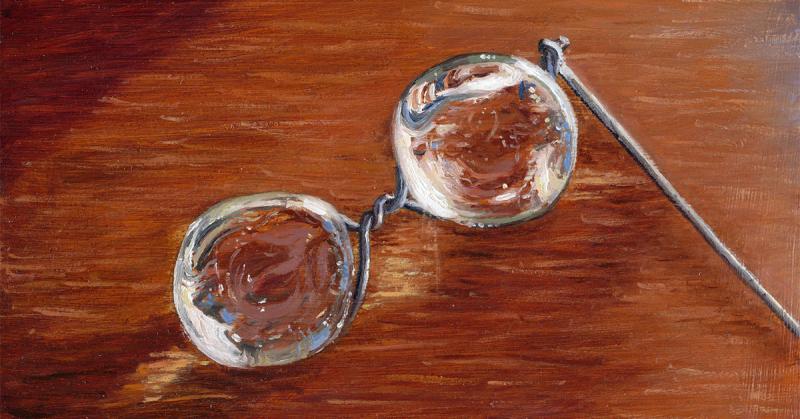 In Mosiah 8, Limhi inquired of Ammon1 who could translate the 24 Jaredite plates. What results is a lengthy explanation about what a seer is and how they operate with revelatory devices

I can assuredly tell thee, O king, of a man that can translate the records; for he has wherewith that he can look, and translate all records that are of ancient date; and it is a gift from God. And the things are called interpreters, and no man can look in them except he be commanded, lest he should look for that he ought not and he should perish. And whosoever is commanded to look in them, the same is called seer. And behold, the king of the people who are in the land of Zarahemla is the man that is commanded to do these things, and who has this high gift from God. And the king said that a seer is greater than a prophet.

And Ammon said that a seer is a revelator and a prophet also; and a gift which is greater can no man have, except he should possess the power of God, which no man can; yet a man may have great power given him from God. But a seer can know of things which are past, and also of things which are to come, and by them shall all things be revealed, or, rather, shall secret things be made manifest, and hidden things shall come to light, and things which are not known shall be made known by them, and also things shall be made known by them which otherwise could not be known. Thus God has provided a means that man, through faith, might work mighty miracles; therefore he becometh a great benefit to his fellow beings. (Mosiah 8:13–18)

Even with this explanation, readers may have some questions about what a seer is, how they are different from a prophet, what the Nephite “interpreters” are, and why seers might use oracular devices such as seer stones to receive revelation.

1. The Difference Between a Seer and a Prophet

When Ammon told King Limhi about Mosiah’s ability to translate, the King declared that a “seer is greater than a prophet” (Mosiah 8:15). He explained that seership is greater than prophethood because a seer unlocks what happened in the past, including mysteries, secrets, obscured teachings, lost scripture, and hidden knowledge. Seership often involves using divine instruments to discern these mysteries.

A prophet, on the other hand, is a spokesperson for God who can with divine authority foretell what would, could, or should occur if people behave in certain ways. So basically, a prophet communicates God’s will. A seer can receive revelation about the past or future, often using special instruments.

The ancient calling of seer remains active today. The First Presidency and Quorum of the Twelve Apostles who are designated prophets, seers, and revelators who direct the Church by means of divine revelation.

But we, also, can receive revelation for our lives. We can discern God’s will for us. We look into the past and have the Holy Ghost whisper lessons for us to learn. We can prayerfully look to the future and receive guidance to direct us as we move forward.

2. Where did the Interpreters Come From?

The “interpreters” originate at the end of the Book of Mormon in Ether 3:28, when the Lord commanded the brother of Jared to “seal up the two stones which he had received, and show them not, until the Lord should show them unto the children of men.” The purpose of the Interpreters was to translate the vision of the brother of Jared, when the Lord commanded.

The story, records, and artifacts of the Jaredites come from three places:

The Nephites could not have obtained the interpreters from Limhi, since Mosiah2 already had them in his possession when Limhi delivered the 24 Jaredites plates to him. Since it appears that the brother of Jared’s vision was “sealed up” separate from the 24 plates, it is possible that the Nephites somehow came across this record and these interpreters separately. Perhaps the Nephites discovered them by the guidance of the Lord, or perhaps the Mulekites discovered them and delivered them over to the Nephites when they combined forces in Zarahemla.

It’s possible that this information about the Interpreters was lost in the manuscript of the 116 pages, or this is simply information that Mormon chose not to include in his abridgment of the Book of Mormon.

What we do know, is that these sacred objects were used to miraculously translate ancient records. With the Interpreters, Mosiah1 translated the large Jaredite stone (Mosiah 1:20), and his grandson King Mosiah2 also had the gift of translation to interpret the 24 Jaredite plates (Mosiah 21:28). In 1828, Joseph Smith inherited these same sacred devices to translate the Book of Mormon by the gift and power of God. One day, when the Gentiles have “become clean before the Lord” (Ether 4:6), perhaps God will once again authorize the use of seers to translate the sealed vision of the brother of Jared.

3. The Nature of the Interpreters

Joseph Smith described the Urim and Thummirn as “two transparent stones set in the rim of a [silver] bow fastened to a breast plate” (Joseph Smith—History 1:35). The Lord described them to the brother of Jared as “two stones” (Ether 3:23). Alma the Younger instructed his son Helaman that the interpreters would function to bring the wickedness of the Jaredites “out of darkness unto light” (Alma 37:25).

It’s clear that these devices were translucent stones that functioned to translate ancient records by the gift and power of God and to bring things “to light.” These interpreters have a number of meaningful parallels with the biblical Urim and Thummim.

Both the interpreters and the biblical Urim and Thummim were paired with a ceremonial breastplate. Both items were apparently used as oracular devices for receiving revelation from God. Both items likely functioned with some sort of illumination. The Nephite interpreters cause the Book of Mormon translation to “shine forth out of darkness” (Mormon 8:16) and the biblical Urim and Thummim translate to “lights and perfections” in Hebrew. One Biblical scholar believes that the Urim and Thummim would illuminate letters as part of receiving revelation.

While the Nephite interpreters and the biblical Urim and Thummim aren’t the same, they do teach an important lesson. It shows how God often uses similar means of revelation to communicate to his prophets in different times and circumstances. As KnoWhy 417 explains, “This shows how God often communicates to his prophets in similar, yet not exactly the same, ways. As Nephi declared, God speaks ‘unto men according to their language, unto their understanding’ (2 Nephi 31:3).”

4. Why Did Joseph Smith Use a Seer Stone?

In Mosiah 8:18, Ammon explains that “God has provided a means that man, through faith, might work mighty miracles.” We learn in the Book of Mormon and in Church History that God uses small and simple means to bring about mighty works. These divine “means” have come in different forms throughout scriptural history. Sometimes God works through a brazen serpent, a bit of clay, the Urim and Thummim, or seer stones. Sometimes God even works through us.

Joseph Smith used both the Nephite Interpreters and his individual seer stone in the translation of the Book of Mormon. The practice of using stones or glass to receive divine revelation is found in many cultures, including among the ancient Israelites and Maya. Though we may ultimately never fully understand the nature of the Book of Mormon’s translation, Joseph repeatedly testified that he translated the plates by the gift and power of God.

Seer stones in the Book of Mormon and in Church History are fascinating. They hearken back to the days of ancient Israel when the High Priest would use the Urim and Thummim to divine the will of the Lord. The Nephites continued that tradition and used the gift and power of God to translate ancient records. Joseph Smith then inherited these sacred emblems of kingship and priesthood in his role as prophet of the Restoration.

While there is still much we do not know about the use and origin of the interpreters and seer stones, we can look to our current Prophet, Seer, and Revelator Russell M. Nelson for guidance in today’s world. We can also receive personal revelation for our lives. We can divine God’s will for us. We look into the past and have the Holy Ghost whisper lessons for us to learn. We can prayerfully look to the future and receive guidance to direct us as we move forward.

I have learned much in this topics by reading the book Seer Stone v. Urim & Thummin by Hanna and James Stoddard. It seems clear through Joseph Smiths words and the words of the Lord that he used the Urim and Thummin, not the stone.