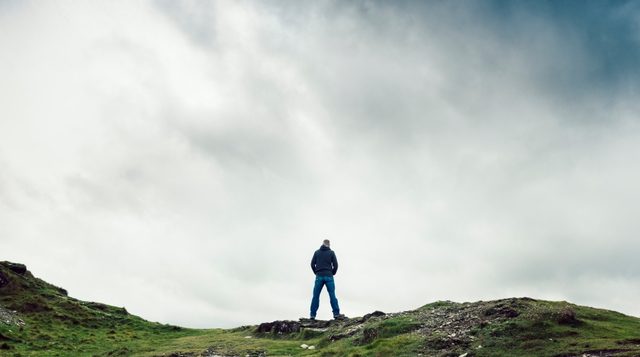 The following was written by Zack Oates for LDSLiving. Image via LDS Living.

It was at this time of great confusion that my friend called me from the airport, en route to his mission. After a few minutes of talking he said, “Zack, you don’t sound good.”

I broke down and for the first time admitted my doubts out loud. I expressed my frustration that I was praying, reading the scriptures, and doing everything I was supposed to do, but just felt nothing.

He listened, thought, and then said, “…but are you doing them the right way?”

He proceeded to share a thought similar to President Dieter F. Uchtdorf, who said, “I wonder if our organizational and personal goals are sometimes the modern equivalent of a Potemkin [imaginary] village. Do they look impressive from a distance but fail to address the real needs?” (“On Being Genuine,” April 2015 general conference).

I was a thirsty man lifting up a goblet of cool water, but never actually opening my mouth to allow myself to be refreshed and filled.

I was doing what I was supposed to, but I was choosing to not get anything out of it.

So how do you lose a testimony while staying active? It’s simple:

1) If you stop listening when you pray.

From the time I was 15, at the end of every nightly prayer I would ask, “Is there anything Thou wouldst have me know or do?” And then I would wait…wait until I received an answer. Sometimes 30 seconds, sometimes a couple of minutes. When my doubts reached a climax, I realized it had been months since I had done that.