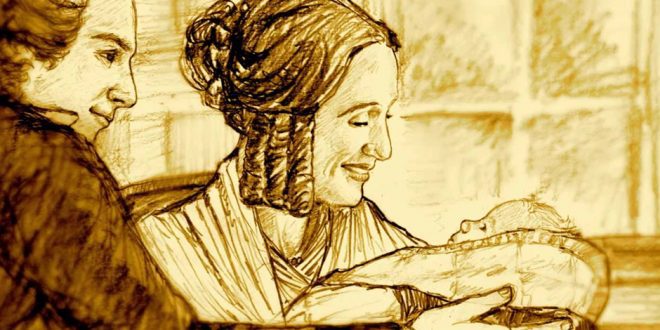 Emma Smith is one of the most fascinating characters of the Restoration. She is remembered for her unrelenting strength and ability to overcome hardships. On the anniversary of her birth, which took place on July 10, 1804, in Harmony, Pennsylvania, here are ten interesting facts you may not have known about Emma Smith.

ONE. Emma wasn’t planning on eloping. In 1827, Emma was visiting a Mr. Stowell and his family in New York. She saw Joseph there, who she had been courting for seventeen months. She would write : “I had no intention of marrying when I left home; but, during my visit at Mr. Stowell’s [Joseph]…urged me to marry him, and preferring to marry him to any other man I knew, I consented.”

TWO. The angel Moroni told Joseph he would receive the gold plates and other hidden items in September if he brought with him the right person. After looking into the seer stone, Joseph discovered the right person was “Emma Hale.” Nine months after their marriage, Emma drove the wagon to the Hill Cumorah and waited while Joseph gathered the plates.

THREE. Emma toiled thousands of extra hours so that Joseph had the time to accomplish of the work of the Lord.

FOUR. Emma was considered an herb doctor and often went among the sick to administer medicine.

To read the other fascinating facts about Emma Smith on LDS Daily, click here.

Has the author ever read Joseph Smith 111 memoirs about his mom, Emma, especially as they relate to Brigham young? I never see this primary resource information in LDS writings. Ihave always wondered why. The memoirs could add a lot more than 10 things people don't know about Emma.