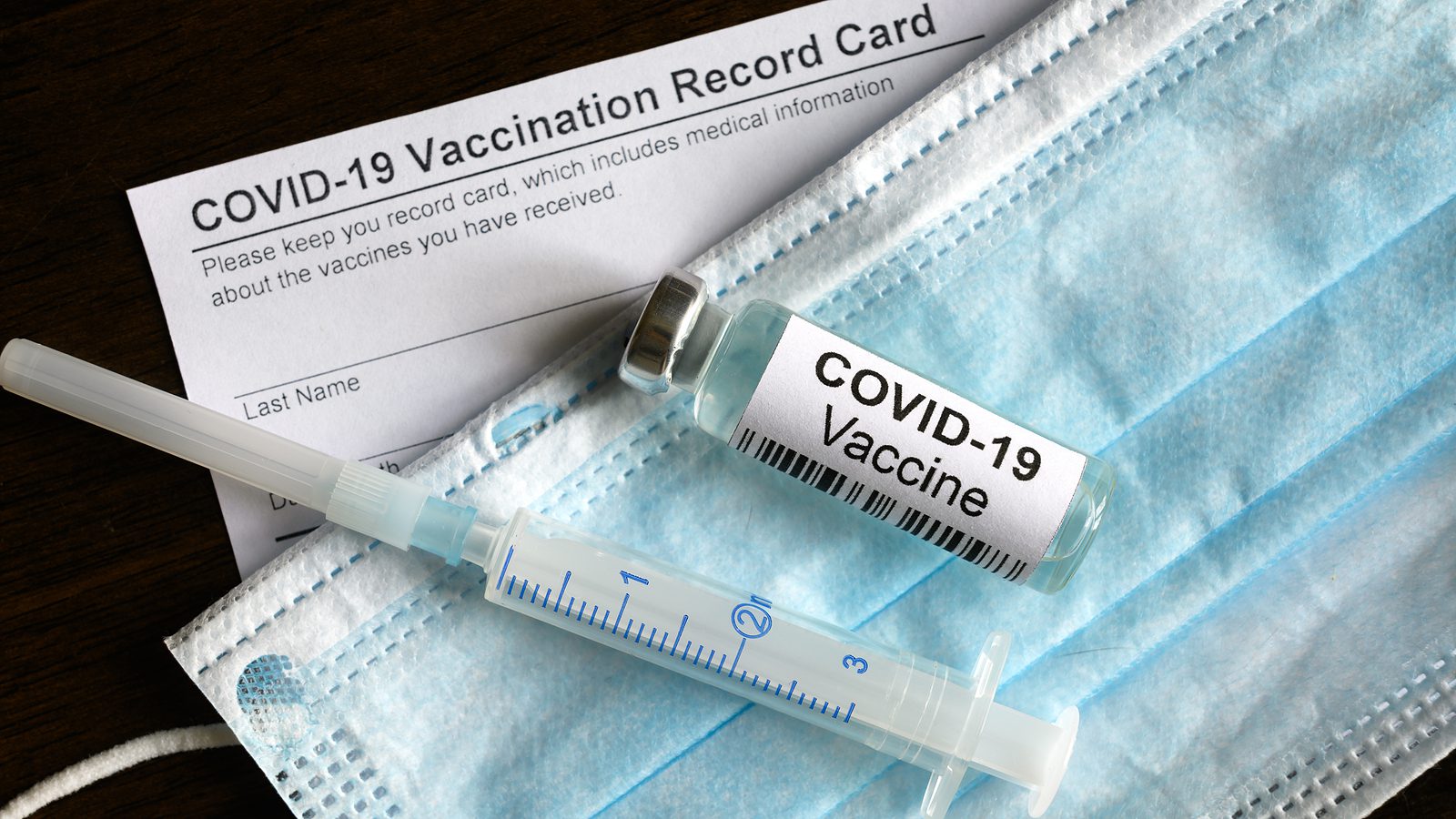 Romans 10:2 speaks of those who “have a zeal of God, but not according to knowledge.” Psalm 19:2 in the NET (New English Translation) tells us that “It is dangerous to have zeal without knowledge, and the one who acts hastily makes poor choices.” Hugh Nibley was fond of the phrase “zeal without knowledge” and once gave a talk at BYU with that title. Zeal without knowledge can refer to those who think they are valiantly following God but acting in ignorance of the truth, which can lead to atrocious results that hurt others and hinder Zion. Nibley urges us to do our own thinking, to use our minds, to constantly seek knowledge, so that we can mature, grow, and do what’s right. “Zeal makes us loyal and unflinching, but God wants more than that.” Nibley quotes Joseph Smith (Teaching of the Prophet Joseph Smith, p. 80) saying, “Many, having a zeal not according to knowledge,” said the Prophet, ” . . . have, no doubt, in the heat of enthusiasm, taught and said many things which are derogatory to the genuine character and principles of the Church.”

That problem continues to this day, in spite of the incredible growth of access to information. Highly educated people who think they know what they are talking about can easily act in zeal, driven by their passionate loyalty for misguided causes, sharing information and teachings that are based on ignorance and a lack of accurate data. Nibley warned that if we don’t actively seek and obtain good information and use our minds to their full capacity, then “false information flourishes” and we are likely to believe all sorts of preposterous nonsense.

A case in point is the very unfortunate op-ed column by a Latter-day Saint professor, Benjamin Park, in the influential Washington Post explaining why the past conservative politics of the Church is to blame for Utah’s allegedly very low vaccination level. The subhead (line below the headline) declares that “LDS leaders stoked a far-right culture for decades. Now it might undermine their authority.” Yep, that’s the problem, all right. Utah’s got some Republicans and it’s the Church that foolishly “stoked” that. Now I suppose Utahans are going to be devastated by COVID as a result since those ignorant right-wingers aren’t getting vaccinated.

Park jumps in quickly with data showing how behind Utah is: “Less than half of eligible residents of Utah, where members constitute a majority of the population, are fully vaccinated, placing the state in the lower half of the nation.” The link he gives is to a Utah vaccine dashboard where Park apparently has taken the percent vaccinated among all Utahans, not the smaller population of “eligible residents.” Huh?

It’s well known that Utah has lots of children, and children under the age of 12 are not eligible for vaccination. So why isn’t Park looking at the eligible population when he claims to be reporting that data? That dashboard page shows Utah’s vaccination level is at 51.2% of all residents (might have been just below 50% when Park penned his article in August), but what’s the level among the eligible? This isn’t hard to find. In fact, the Utah dashboard page that Park linked provides relevant data right next to the number Park was using. The more relevant number is hard to miss: “Percent 12+ Received at Least One Dose” and the value reported is at 72%.  That’s a lot better than “less than half.” The number who are fully vaccinated is at 63% of the eligible population. You can also see how Utah compares to the rest of the nation — not bad at all all  — on the Mayo Clinic’s Vaccine Tracker page under the section, “State COVID-19 vaccine rates by age.”

If there was any kind of real fact checking going on at the Washington Post, this embarrassing blunder would have been rectified — but then the story would not come close to fitting the desired narrative, for the real data directly contradict the basis of Park’s rant.

Park’s error is treated in more detail by A&R Skabelund in the post, “An Attack of Mormon Mania: Embarrassing blunder by WaPo and Benjamin Park on vaccine hesitancy among LDS Church members and what it reveals about our ruling class” at Worthless Thoughts, Sept 21, 2021. They use data from Aug. 18, the week before the Aug. 24 publication of Park’s piece, and show just how painfully off this piece was, not just in the reported “less than half” level, but also in the comparison to other states:

The second part of Park’s claim, that Utah was in the “lower half of the nation,” also proves to be wrong. I consulted the Mayo Clinic’s vaccine tracker (also from August 18th) to compare fully vaccinated rates for each state in the three demographic categories provided: under 18, 18-64, and 65+. In the under 18 fully vaccinated rates, Utah is at 14.2% vaccinated, tied for 25th place. For the 18-64 demographic, Utah’s fully vaxxed percentage comes in at 62.3%, at 17th place. And for the 65+ demographic, Utah is at 90.4%, at 20th place.

The older group most likely to have been influenced by the conservative era that Park decries, are the most vaccinated and are in the top 20 states.

Scholars make mistakes all the time, just like medical experts do. The appropriate scholarly thing is to own up to it and make a retraction.  The appropriate political thing, however, if your purpose is pure politics driven by data-free zeal, is to continue acting with zeal while ignoring the real data because the end justifies the means and “progress” is all that matters. I’m looking forward to seeing whether this particular professor will choose scholarship over politics, now that the blunder has been made known. Here’s my wish that he and WaPo will issue a correction that gets at least as much visibility as the error did, though such a thing is rare in the increasingly politicized media.

The Skabelunds go on to discuss reasons for the lack of scrutiny to facts and data in pieces that attack the Church, and also write much to point out that there are good reasons why intelligent people might be skeptical of the positions our government is taking in the fight against COVID. Some of what they write is similar to the points I made in my recent article, “How to Talk to Concerned Church Members Who Are ‘COVID Policy Doubters,’” published Aug. 15 in Meridian Magazine. Please read their full article and consider some of the excellent point they make. It can help us be less divisive and more understanding of those among our ranks who don’t yet want the vaccine. Again, I’m vaccinated and encourage people to get it, but I value freedom of choice on this issue.

Park is worried about fundamentalist, evangelical, and right-wing white Americans who seem to be the bogey man for COVID, failing to recognize that the data shows black Americans and some other minorities are among the most vaccine hesitant. And the reasons they have for not being super trustful of the US government should not be ridiculed. Ever heard of the Tuskegee experiment? Park may have accepted the call of the politicians to demonize the vaccine hesitant, but his response is an unfortunate illustration of how some of our own members can harm the cause of Zion by acting in zeal without knowledge, or in this case, zeal without sound data.

Wise people aren't "vaccine" hesitant--they are government hesitant. That's what happens when the government openly, continuously and blatantly lies. The CDC, NIH, WHO, saint fauci, and xiden have zero credibility, and anyone with any common sense doesn't trust anything they say. And when doctors parrot those same lies, they also lose their credibility, and also will no longer be trusted.

THANK YOU for this rational, logical and evidence-based rebuttal. Dr. Park's piece was yet another hit propaganda, sloppy at best, was only meant to divide. And certainly below the standard of academic prowess the good Dr. prides himself on. It was terribly sloppy and Dr. Park will continue to embarrass himself if he continues to claim this was a sound academic/scientific piece. Frankly this is on the order of a D rated movie or poor attempt to craft a fictitious article on the order of your average gossip magazine. It is sad Dr. Park has sunk this low. Of course those who enjoy and drink this type of emotional, venomous frontal attack without even basic logic and importantly sound evidence, have drunk the koolaid and enjoy fomenting contention without merit.