Your Hardest Family Question: Should my husband have a relationship with his ex-fiancée’s daughter? | Meridian Magazine 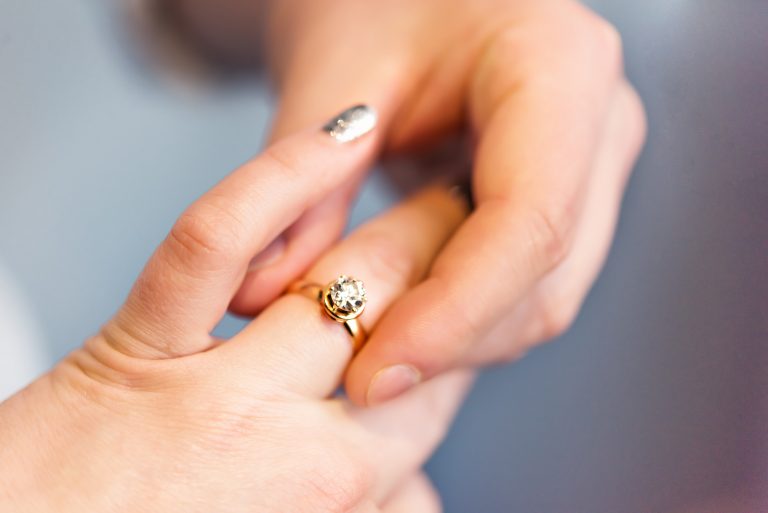 Your Hardest Family Question: Should my husband have a relationship with his ex-fiancée’s daughter?

My husband had a fiancée from almost 20 years ago recently contact him. He told me almost as soon as she did. I have known about her since we began dating. They almost got married after dating for a year, but things didn’t work out between them. He told me he felt like he wasn’t wanted in the relationship anymore, so he left. She says that others were telling her lies about him that she was wrong to believe. She told my husband that she wants to be back with him to have a chance at what they could have had. He told her that he is now married and has two kids, so there is no way it would happen. He admitted to me that he does still have some feelings for her, but it would be foolish to act on them.

His ex-fiancée also had an 18-month-old daughter when they were engaged. He bonded with her daughter as a father figure during that year they were together. I’m curious if I should allow him to have a friendship with his ex-fiancée and at least be part of her child’s life again. I feel like he should at least be part of her life because he was the only person she knew as dad. But I also know that if she is part of his life her mom will also be involved, and I don’t know if she will ever be over him enough to not continue to push more than a friendship. I love my husband and I also know that if he had known about the situation when he left her, he would have stayed. I don’t want to lose everything, but I also feel so bad that everything she ever wanted was ripped away from her.

You have such a kind and generous heart toward everyone involved in this ongoing relationship drama. It would be understandable if you insisted that he cut off contact with his ex-fiancée and her daughter to protect you and your family. However, you’re working hard to be considerate of their experiences while also considering your needs. Let’s talk about how you can sort this out with your husband.

First of all, your husband’s choices to keep you completely informed about these developments is the healthiest way to approach this situation. It takes courage for both of you to face this unexpected development with maturity. Even though your husband has no legal obligation to his ex-fiancée and her daughter, there are clearly old feelings that became stirred up when she contacted him. While I think it’s healthy for him to acknowledge the strong emotions that are surfacing for him, it’s more important to stay united on the boundaries around your marriage.

Even though you’re working hard to make room for her experience, please recognize that she’s not just sharing feelings; she’s pursuing your husband. Thankfully your husband is a faithful man and is choosing his marriage and family. However, she’s not a friend to your marriage when she’s approaching him without your knowledge. Please recognize that the daughter isn’t the one who is contacting him. It’s unlikely she has any significant memories or attachments of him from the year he was with her when she was a toddler. It’s highly suspicious that his ex-fiancée is using his former relationship with her daughter to draw him away from his marriage and family.

Your husband’s fidelity matters to you and his children, not to an ex-fiancée and her now-adult daughter who wasn’t raised by him. The memories of this relationship likely won’t be centered around this daughter, but, instead, centered around his ex-fiancée’s feelings toward him. It’s a painful plot twist to learn that this relationship unnecessarily through manipulation and misinformation. However, it’s not something your husband can repair for her without putting his own marriage and family at risk.

She’s made her intentions clear in recontacting him. It sounds like she fully hopes to be in his life again. Does she include you and your children in her plans to reconnect? If not, then your husband has to decide his intentions with her. Are they going to take a stroll down memory lane and then risk reigniting old feelings? Does he feel like he owes her something because the relationship ended unnecessarily?

This woman and your husband are certainly both allowed to feel some sadness and loss about this tragic turn of events twenty years ago. However, since she’s made it clear what she wants, it’s important to take her seriously and act accordingly to protect the marriage and family he’s created. She has to work through her process of grief and loss on her own. I simply don’t see how this is something you can resolve for her.

Make sure to support your husband in working through his emotions with you and possibly a marriage counselor. He will likely have complicated feelings that he never had a chance to resolve. There can be plenty of space inside your marriage for him to work through old unresolved emotions. However, if he tries to resolve them with her, it’s likely it will create a competing attachment that will be hard to extinguish.

Somebody's just making this one up, right?

The fact that the husband admits he still has feelings for his old flame is the deal breaker here in establishing a relationship with her daughter, who is now an adult. This man needs to concentrate on his own wife and children. Period. Most likely this woman knew the man was married and she may try and use her daughter to get to him. NO WAY!