Your Hardest Family Question: Should I force my daughter to do activities with her dad? | Meridian Magazine 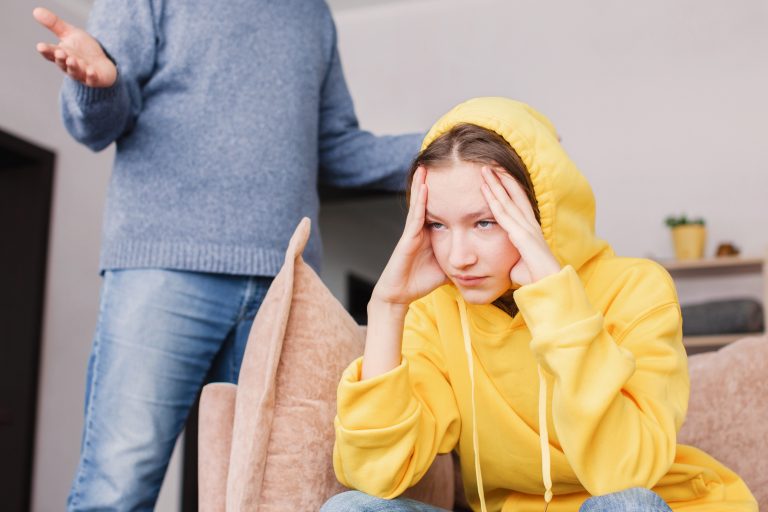 My 14-year-old daughter doesn’t want to talk much with her father or spend any time with him.  She says “hello”, “good morning”, and “good night” and will answer a question, if asked.  For the past two years, she’s been feeling like he doesn’t really listen to her, he doesn’t understand her, rarely wants to bend or be flexible on issues, and they’ve had many, many arguments which I believe were unnecessary. We are married and live together, but don’t have a good marriage. We rarely discuss things in front of our teenage children, but they sense we don’t have a loving relationship. He now wants to force her each month to have father/daughter time alone doing an activity. He believes some of the activities should be based on what he wants even though she isn’t interested in that activity. He thinks children should want to please their parents and that’s what they are supposed to do. He thinks that this will help to repair their relationship and one day she’ll enjoy their alone time. Should a teenage girl be forced to have father/daughter alone time doing an activity that she doesn’t want to do?

It’s challenging when you have parenting differences that can’t be resolved easily due to a troubled marriage. Even though your husband needs some relationship skills so he can improve his connection with your teen daughter, I worry more about the impact your marriage has on your ability to work together as a team for the benefit of your daughter. It’s not unusual for parents to have different approaches to their children, but without a strong marital relationship, it’s difficult to create a unified approach.

You’re right that your children sense the lack of a loving relationship. They live in split environment where they’re caught in the middle of your tension. I have to wonder if your daughter is modeling the distance you’ve established in your marriage. It doesn’t feel inviting, warm, or respectful, so she likely doesn’t want any part of it. Children handle their parent’s tension differently. Some will pull closer and believe they can help close the gap. Others align with one parent against the other. And some want nothing to do with it and will keep their distance. If your daughter has a good relationship with you, then I wonder if she might feel disloyal to you if she has a close relationship with her dad.

It’s also possible that your husband may have difficulty connecting to you or any of the children, thus creating the struggle with her. However, instead of focusing on what she should do with her relationship with her father, I recommend you focus your energy on getting your marriage straightened out. Your husband could use your influence to help your daughter have a better experience with him. However, if he’s closed to you, your efforts to influence him will fall flat. Plus, your daughter is more likely to be open to him if she feels respect and unity in the marriage. Are you open to working on your marriage and sending a clear message of unity and connection to your children?

Until your marriage is stronger, and your daughter receives the message from you that the coast is clear to connect with dad, I wouldn’t make her relationship with him a huge deal. Yes, it’s frustrating to see him disregard input, but since he doesn’t take his children’s opinions seriously, your influence is going to be critical. I encourage you to approach your husband and ask him if he’s open to improving your relationship with each other. Without trust and respect between each other, he’ll likely interpret any suggestions about his parenting as critical.

As you’re working on trying to improve the marriage, this is also a good time to teach your daughter how to advocate for herself. Now, I recognize that if he’s a controlling and punitive parent, this could make her life much more difficult. Neither you or your daughter can control what your husband does. Obviously, if he becomes abusive to her, it’s important to step in and take action to protect her. Otherwise, she can learn to advocate for herself and tell him what she likes and doesn’t like. He’ll have to face the painful reality that if he doesn’t respect her as an individual then she’ll eventually stop engaging with him as she gets older. Hopefully he’ll take full ownership of his relationship with her, even though it’s painful to watch in the meantime. Again, hopefully you can rebuild a connection with him for the benefit of everyone in the family. While you can do everything you can to strengthen your relationship with him, your daughter will have to decide if she wants to be close to him.

If he expects you to back him up and force your daughter to do things with him, you can kindly remind him that you see things differently. Ask him if he’s interested in working as a team. If he’s motivated to turn to you for help, let him know you want to work together, but not in this way. This is an opportunity to redirect the conversation back to your desire to repair the marriage. Take charge of your primary relationship with your husband so you can create a climate of connection in your family.

All I had to do was read the first 3 words: "Should I force...?" No matter what the problem or subject matter is, the answer is "no." You cannot force anyone to do anything, nor should we try. The greatest influence is love.