Your Hardest Family Question: Our daughter is directionless | Meridian Magazine 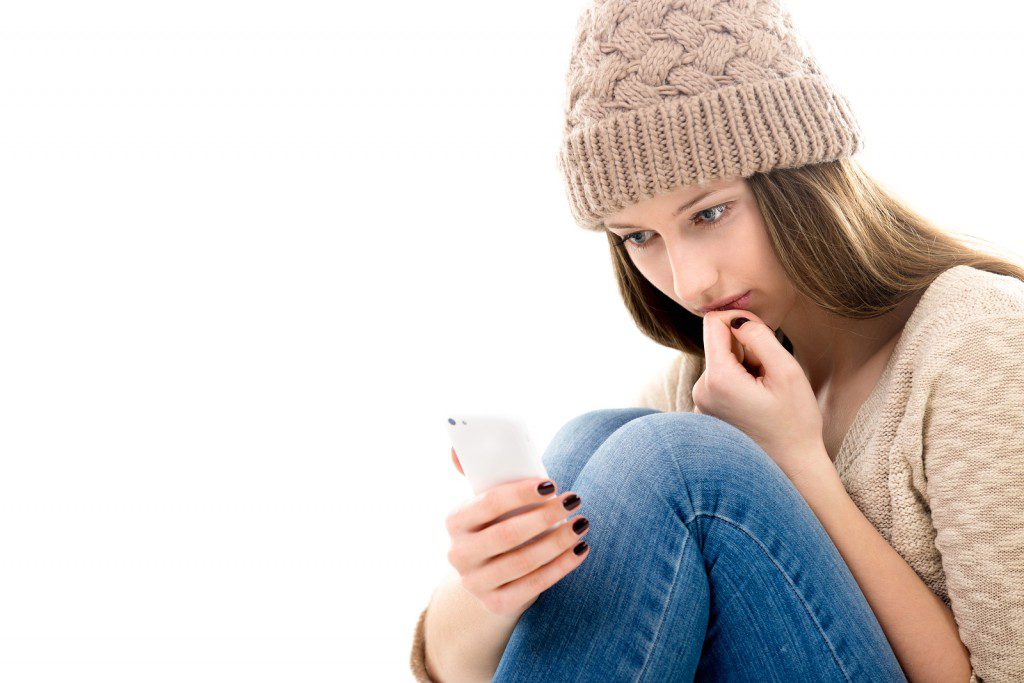 Your Hardest Family Question: Our daughter is directionless

We are concerned about our 18 year-old daughter. She will be graduating from high school this May with good grades. She was part of her high school cheer team throughout high school but other than that she is completely unsocial. She has no close friends and never hangs out with any peers. She’ll decline offers if they are extended and never initiates getting together with anyone.

She doesn’t have a job and when we talk to her about her future she is irritable and thinks we are picking on her. More concerning is that every waking hour when she is not at school she is watching TV (she doesn’t have TV in her bedroom) or on a device scrolling social media. She is mostly unhappy and irritable and even disrespectful and occasionally mean. We’ve had many conversations about this but they never end well. She believes we are attacking her or picking on her when we point out our concerns. In effort to preserve our relationship I haven’t taken drastic measures to not allow media but I am worried about the fantasyland she seems to prefer. Please advise.

Your concern for your daughter makes sense. She is on the doorstep of launching into her future, but has no momentum or direction. I imagine you have fears that she’ll be a permanent fixture in your living room well into her twenties and beyond. Let’s talk about some ways you might be able to help her.

Obviously, your daughter is stuck. A very real possibility is that she may have untreated depression and anxiety. She may need professional help to help her move forward out of her fear and anxiety. However, before you take her to see a counselor or put her on medication, I encourage you to adjust your approach with her.

When there are looming deadlines, it’s natural to feel more anxious as a parent and unintentionally put more pressure on her to move forward with her life. On her end, however, it’s also human nature to resist pressure from others.

Instead of trying to force an outcome, I encourage you to let her know you see the struggle that is holding both of you hostage. Lead by owning your part of the struggle. You might say something like, “I imagine you’re sensing lots of pressure from us, which probably doesn’t feel very supportive to you.” Before you try and solve specific concerns about her future, identify the current struggle between the two of you that keeps the conversation from even happening.

As you talk about your relationship, you’ll probably learn some things about her that you didn’t know. You might learn that she is an introvert and has limits on how much social stimulation she can handle. You might learn that she’s scared about the future or feels like she’s not accomplished what she had hoped to. This is a chance to identify that you’re both stuck and you want to understand how you can both move forward with this conversation. The goal is to better understand your daughter so you can best position yourself to support her as she moves forward.

Terry Olsen put it another way when he said, “Parents sometimes long to be more skilled than they know how to be. They sometimes think if they were better at a given technique, they could turn their children’s lives around. But there is something more fundamental than technique. It is the first task. It involves the quality of the relationship itself, and that cannot be grounded in mere technique or strategy, but in the heart.”[i]

Even though this conversation needs to happen, you can’t make your daughter talk to you. She is an adult now and you have to relate to her with the respect of a peer while hoping to maintain the influence of a loving parent. This will likely take multiple attempts. Your daughter is behaving in a way that makes sense to her. Stay with this conversation until it’s something you both understand.

This isn’t avoiding the necessary conversation about her future plans. Instead, this is a conversation about her future. If she can’t face how stuck she is in discussing things with loving parents, then it won’t matter what her plans are. She needs to be able to feel and think clearly. Forward movement without direction ultimately isn’t going to be helpful to her. Discussing things with others and sharing thoughts and ideas is a major task of adulthood that she’s not mastered.

Even though the immediate goal is to connect with her and help her see where she gets stuck, know that you will eventually get to the exit strategy conversation. Don’t rush it. Instead of getting right to the details of that plan, work to understand why she struggles to have this discussion with you. Be willing to look at both sides so you can work out any differences and be more unified as you help her plan her next move.

I have a similar problem with my 19 year old grandson, and it seems to me that like him, she may feel inadequately prepared to engage with the adult world and is trying to hide from it. The present generation of young adults have suffered from risk averse parenting, and have consequently been "babied" through childhood and adolescence. When you factor in the isolating effects of social media it isn't surprising that some young people fear the idea of independence rather than rushing to embrace it.