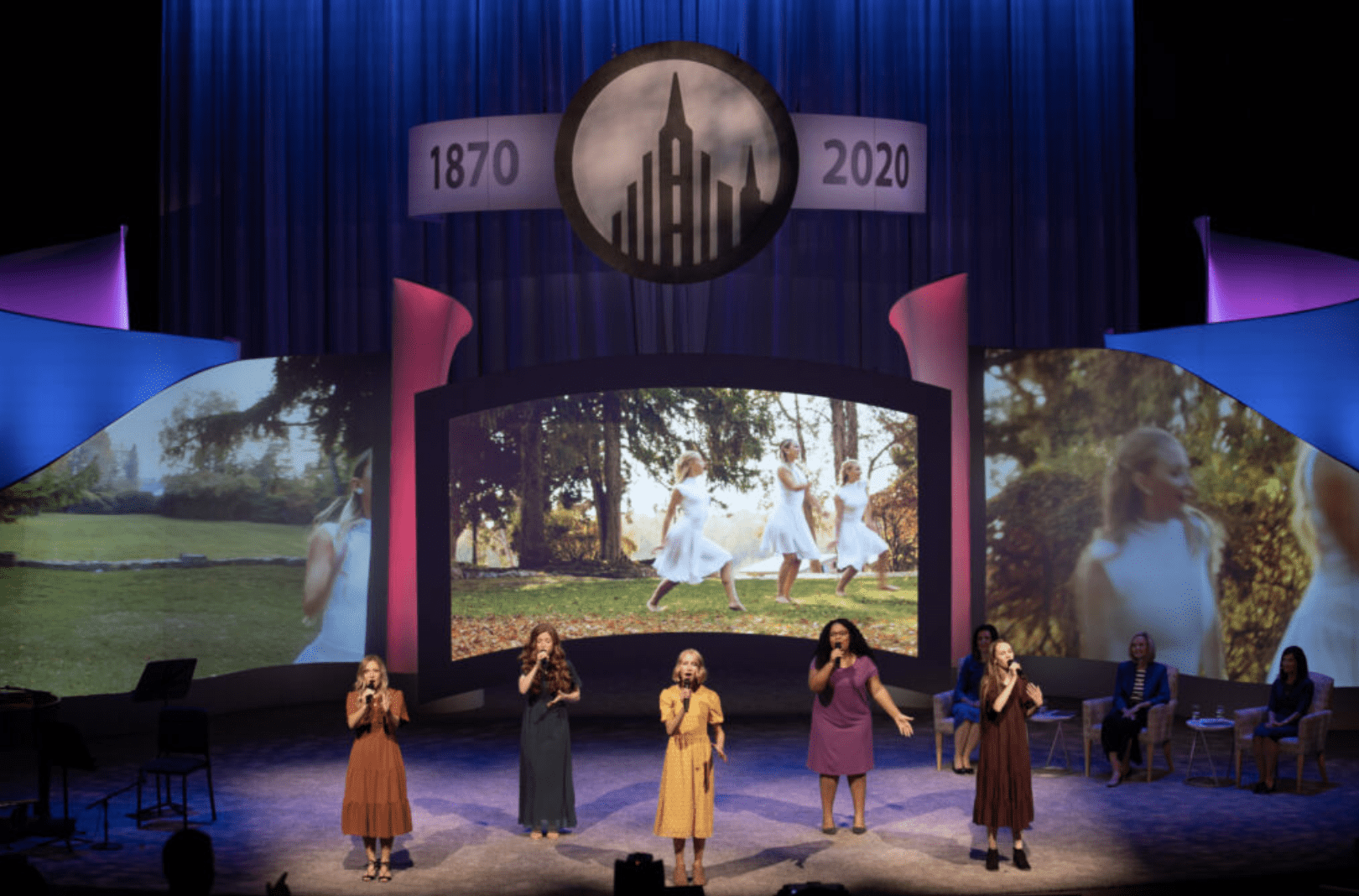 In bringing together a virtual audience of young women from around the world, Sunday night’s Face to Face event with the Young Women general presidency of The Church of Jesus Christ of Latter-day Saints opted for a bit of a twist on the typical Face to Face events.

Rather than youth leading the event and asking questions of the invited Church leaders, the Young Women general presidency —  President Bonnie H. Cordon and her counselors, Sister Michelle D. Craig and Sister Becky Craven — hosted the event and invited youth from around the world to be their guests.

“Oh how grateful we are for your influence for good all over the world, especially during this pandemic,” President Cordon said of the virtual youth audience joining them.

The event, which marked the culminating celebration of this year’s 150-year anniversary of the Young Women organization, was an opportunity for young women from around the world to connect with one another and their leaders through conversations and music.

Music for the event was provided by young women participants and two new songs titled “I Will” and “Great Work” were introduced during the event. Both songs, which highlight important concepts from the event, are available as part of the 2021 youth theme album recently released by the Church, the presidency noted.

Art for the event was provided by Eva Timothy, a Bulgarian artist whose photo series titled “The Lord is My Light” depicts various scriptural scenes with the Savior.

The event also offered a chance for youth to share what they have done and learned as part of the three invitations issued by the general presidency this year.