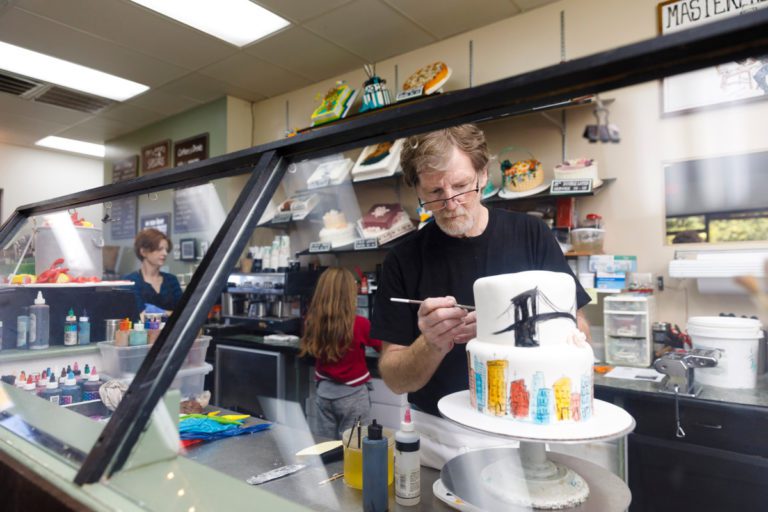 The Supreme Court today said not yet to a second helping of cake.

Justices announced that they won’t hear a new case on the religious freedom and free speech rights of bakers who refuse to sell custom wedding cakes to same-sex couples for religious reasons. But they did send it back to the lower courts for reconsideration.

That means questions left unanswered in last year’s ruling in Masterpiece Cakeshop, Ltd. v. Colorado Civil Rights Commission will remain unanswered for now. Justices may be stalling to give advocates for LGBTQ rights and religious freedom more time to reach a compromise outside the courtroom, legal experts said.

“These disputes must be resolved with tolerance, without undue disrespect to sincere religious beliefs and without subjecting gay persons to indignities when they seek goods and services,” now-retired Justice Anthony Kennedy wrote in the Masterpiece ruling last year. Justices asked lower courts to consider whether proceedings in the new cake case live up to that standard.

Tolerance is a tall order in today’s political landscape, which is dominated by winner-take-all thinking. In recent debates over the Equality Act, legislation that would add protections for gay and transgender Americans to federal nondiscrimination law, members of Congress appeared more interested in crushing their opponents than achieving bipartisan consensus.