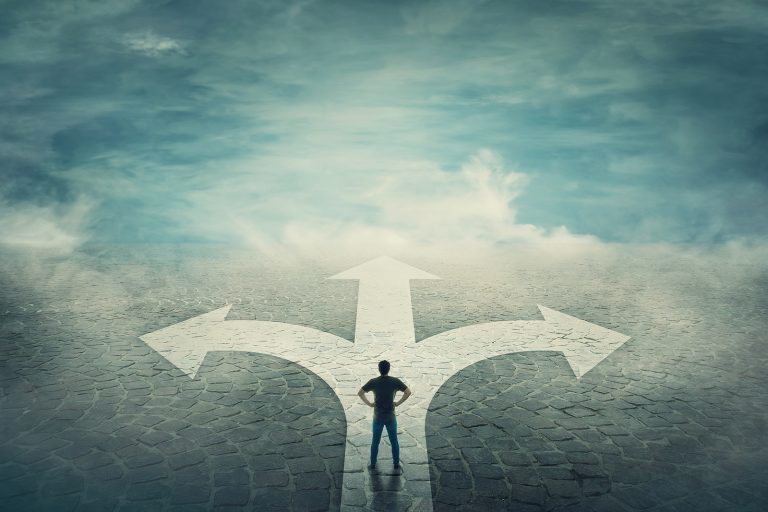 Why Socialism is The Anti-Agency

In my previous column, I related the story of Mikhail Gorbachev asking Margaret Thatcher who in the UK economy tells producers how much to charge.  It never occurred to him, or to socialists in general, that pricing can be left to the seller and the buyer – to supply and demand – to hammer out a mutually agreeable price.

Nope. Government has to be involved, socialist thinking goes.

If a third party such as government gets involved in what should be a two-party dance, you can be sure that one party will get a better deal than the other party.  Or that neither will get the deal they hoped for because the third party will take a cut.  Rarely under such a system will producer and buyer both be satisfied.

When such mutual satisfaction is elusive, such a system can be maintained only through force.

But socialists go beyond pricing.  They demand the means of production be controlled by society as a whole – in other words, by an unfettered central government.  Of course you may own a business, but what you do with it depends on government’s acquiescence … or direct commands as established by central planning.

Four things to note.  First, in direct contradiction to Joseph Smith’s approach to teach people correct principles and let them govern themselves, socialism says people cannot be trusted to do so.  Socialists are all too eager to show the world they can do a better job … on others, of course.

Second, socialism will never spontaneously appear in a thriving society that follows the principles of agency.  The statism trend toward more government feeds socialism.  More government means more force, precisely what socialists want because force is critical to bully their ideas into existence.

George Washington observed: “Government is not reason; it is not eloquent; it is force.  Like fire, it is a dangerous servant and a fearful master.”

Third, ultimate socialism calls for central ownership of the means of production.  This is too blatant for most people, so activists insidiously hide behind “control not ownership.”

The deep state pushes for “government control of the economy, while leaving ownership in private hands,” Thomas Sowell explained.  “That way, politicians get to call the shots but, when their bright ideas lead to disaster, they can always blame those who own businesses in the private sector.”  They envision themselves as “superior beings pursuing superior ends.”

Clever.  No need to own the actual production facilities; just take over and direct the capital that businesses and individuals have traditionally controlled, which in turn prevents scarce resources being guided to their most highly valued use.

Enemies in World War II, Hitler and Stalin instituted two kinds of socialism.  Under communistic socialism in the USSR, the wealthy, such as land-owning kulaks, were exterminated until the state owned everything.  Under national socialism (hence the Nazi abbreviation) in Germany, there was nominal private ownership.  Bankers and owners of the means of production were tolerated so long as they conformed to Hitler’s decrees and produced wealth for the use of the state.

Apologists today say “their” socialism is different and point to prosperous Scandinavian countries as supposed examples.  Based on the common definitions, Sweden, Denmark and Norway are not socialist.  Sweden did try socialist ideas years ago, but has moved in the opposite direction by privatizing industries and repealing regulations.  The Scandinavian countries some American office-seekers claim are socialist are in fact not planned economies under centralized control.  They have private property and private stock exchanges.  They are free-market welfare states with high taxation rates and significant redistribution, but the governments do not own, nor excessively control, the means of production, distribution, or pricing.  Living standards as measured by GDP and consumption are higher than in obviously socialist countries, but are 15% lower than we enjoy in the United States.[i]

Fourth, the workplace has always been socialism’s favorite hotbed of agitation against the free market.  Seeking power, socialists butt into the relationship between employers and employees, and disrupts the natural flow of action-consequence.  Consider …

The free market believes in incentives and free-will agreements: If you produce X, I will pay you Y.

It’s nice to be optimistic, but if workers know they have a guaranteed payment no matter their output, what happens to motivation?  (Hmm, sound familiar today?)  While the threat of a consequence (jail) may deter a negative action (robbery), will the guarantee of a government-mandated consequence (money) generate the positive action (product) of a free-will arrangement?  Doubtful.

You can promise a reward for the right action, but a guarantee no matter the action reveals a poor understanding of motivation.

In the process, a socialism-sympathetic government expands its power and industry loses production.  Control a product’s price and supply soon evaporates.

to respond individually to freely determined prices, allocating resources –
labor, capital and human ingenuity – in a manner that can’t be mimicked
by a central plan, however brilliant the central planner.”

An excerpt from “The Magnificent Gift of Agency; To Act and Not Be Acted Upon.”  This book is now available at Deseret Book stores and:

No one is turned away from a hospital in this country. And yes - one party is promising unfettered socialism which is not only control of commerce but the power of the state to punish you for whatever it decides is a crime. Look to those who paint over racist grafitti on the street or those who brandish arms to protect their lives and property against the mob. Truth and justice are whatever is deemed such by the "leaders" and socialists will use the full force and power of the government to punish these people by bankrupting them or putting them in jail. You see it is a lesson from history. Nothing undesirable is done without the threat of force. For socialism to work, those same police who are now being called pig opressors will become the spear tip by which socialism is enforced. To believe in socialism as an acceptable form of government is sad and indicative of a failed education system or the desire for a king. Will the lessons of the Book of Mormon never be learned!

I agree with Geoff-Aus that the cost of health care in America is a major problem. Many friends and family members struggle with the high costs of paying for their health care. Some even going bankrupt or are left with huge medical bills that they have to pay off over many years. Australia is not a socialist country but has a universal health system that works well..

Prophets on Pandemic: Ten Messages to a Weary, Wary World

Five Reasons why People are Moving to Utah