Why President Nelson took all Latter-day Saint apostles to Rome, and what they said about it | Meridian Magazine 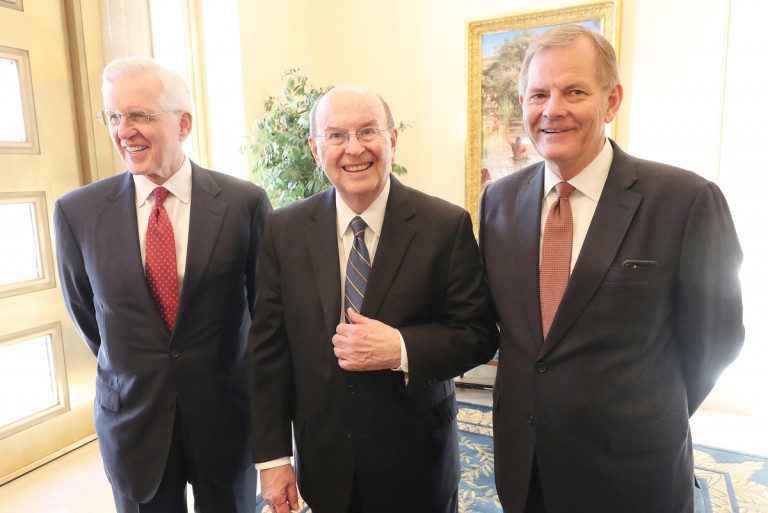 Why President Nelson took all Latter-day Saint apostles to Rome, and what they said about it

The following is excerpted from the Deseret News. Read the entire article here.﻿

Meridian has been in Rome covering the dedication of the Rome Temple. Please access all of our articles and coverage here: latterdaysaintmag.com/rome
Photograph by Jeffrey D. Allred

Our great colleague, Tad Walsh, of the Deseret News was standing side-by-side with us in Rome. The following article of his is extremely important reading to give insight and understanding into the recent unprecedented gathering of the Apostles in Rome. Read the entire article here.

ROME — Gasps have frequently followed announcements made by President Russell M. Nelson during his vigorous 14 months as prophet-leader of The Church of Jesus Christ of Latter-day Saints.

Several months ago, it was the rest of the church’s First Presidency and Quorum of the Twelve Apostles who found themselves gasping in their regular Thursday meeting in the Salt Lake Temple.

That’s where President Nelson issued an unprecedented assignment to all 14 of them to join him this week at the dedication of the Rome Italy Temple. That had never happened before outside the United States.

“We’d never heard of anything where all were present in that way,” said Elder D. Todd Christofferson, who is completing his 11th year as an apostle.

In fact, a church president has taken all the apostles with him just twice in 62 years — and never once outside the United States.

“It was an absolute delight,” Elder Jeffrey R. Holland said. “I don’t think any of us anticipated that happening.”

The question many people have asked is, why now? And why Rome, aside from the fact the apostles all expressed a kinship with Peter and Paul, who tradition says preached in the Eternal City.