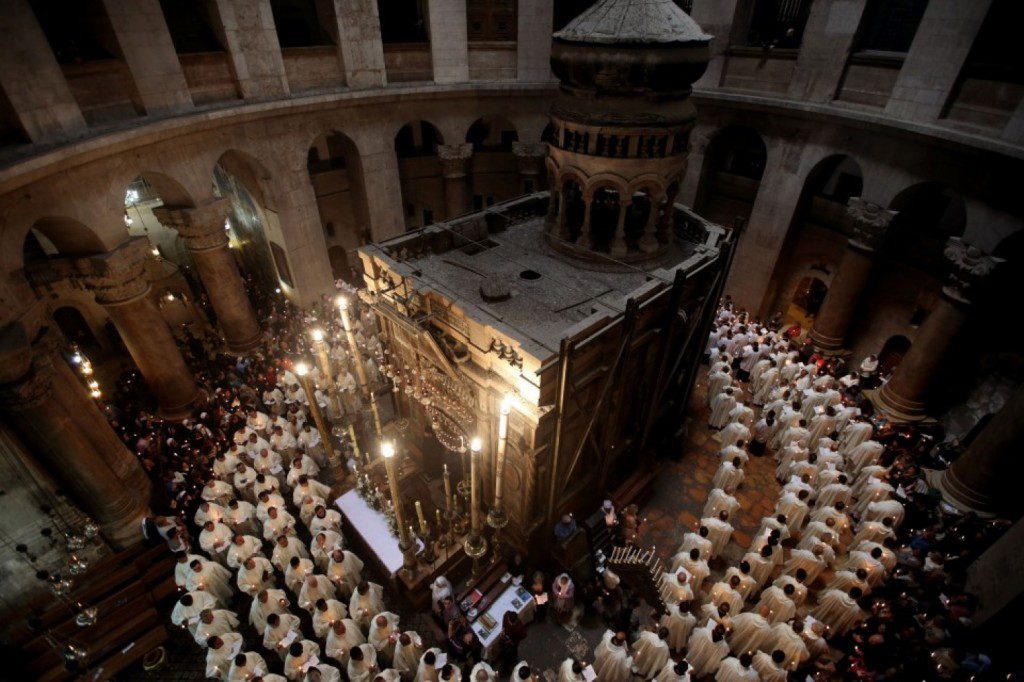 Why Christianity’s Holiest Shrine is Guarded by Two Muslim Families

The Church of the Holy Sepulchre in Jerusalem’s Old City is Christianity’s most hallowed shrine. It’s believed that the rock-cut tomb at the heart of the church was where the body of Jesus Christ was once laid.

Over the past week, for the first time in centuries, a team of conservationists and researchers removed a marble slab that lay in a rotunda, known as the Edicule, at the center of the complex. It’s the spot, as my colleague William Booth put it earlier this year, when the renovation project first began, “where millions of pilgrims have knelt and prayed, where the salt of tears and the wet of sweat have smoothed and worried the hardest stone.”

After hours of careful examination, the team found what they believe was the limestone bed where Jesus could have been buried. National Geographic had exclusive access to the project and published pictures and footage of its efforts.

“I’m absolutely amazed. My knees are shaking a little bit because I wasn’t expecting this,” Fredrik Hiebert, National Geographic’s archaeologist-in-residence, is quoted by the publication’s website. “We can’t say 100 percent, but it appears to be visible proof that the location of the tomb has not shifted through time, something that scientists and historians have wondered for decades.” They have now resealed the tomb in its original marble cladding.

The debate will go on about whether this is the true site of religion’s most famous crucifixion, burial and resurrection. Whatever the provenance of the story — which, after all, led to the church’s original construction some 1,600 years ago — it is now layered in centuries of real history.

“Today, the site thrums with piety, but history knows it is soaked in blood”…And when the world surrounding the religious complex was not convulsed in chaos, tensions among the faithful worshiping within often boiled over.