Who were the ‘wise men’? | Meridian Magazine 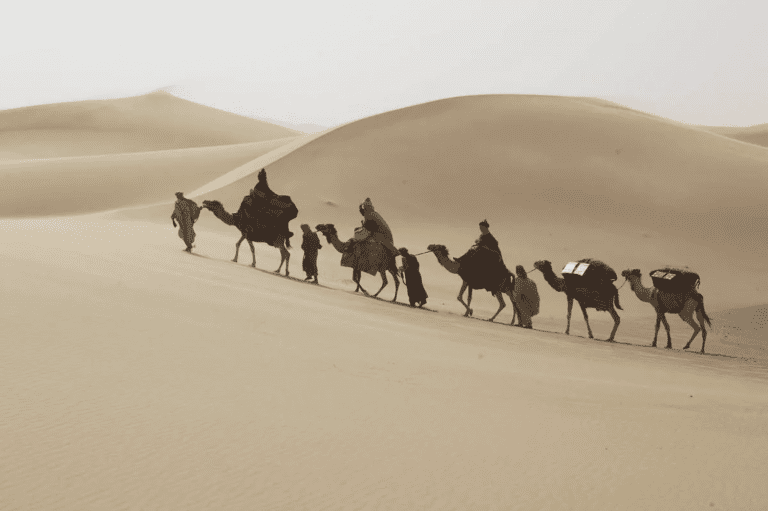 Who were the ‘wise men’?

The following first appeared in the Deseret News. It was written with William Hamblin.

The search for wise men and women is a perpetual quest in every age — alas, often with dubious results. The search for the wise men in the Christmas narratives in the New Testament is, unfortunately, equally difficult. All Christians are familiar with the story of the three magi from the east bringing gifts to the infant Jesus, a tale that provided the prototype for giving Christmas gifts in less crassly materialistic times.

When we dig a bit deeper into the biblical Christmas narratives in search of the wise men, a number of questions arise. First, only two of the four Gospels — Matthew and Luke — contain Nativity narratives. John and Mark begin their Gospels at Jesus’ baptism and the beginning of his public ministry. Many scholars believe that Matthew’s Gospel tells the Nativity story (Matthew 1:18-2:18) from the perspective of Joseph, whose dreams are recounted in detail. Luke (2:1-20), on the other hand, presents recollections of Mary, including her vision of the Annunciation (1:26-56).

Only Matthew tells the story of the visit of the wise men (2:1-12). Although in traditional Nativity scenes, we usually find the wise men and the shepherds adoring the infant Jesus together, Matthew tells us that the wise men arrived only after Jesus had been born (Matthew 2:1), not on the actual night of his birth. In other words, the visitation of the angels and shepherds seems to have occurred on the night of Jesus’ birth (Luke 2:7-8, 12), while the wise men must have arrived some days — or even months — later.

Who were these “wise men”? Unfortunately, the New Testament is rather vague — although this has not prevented later legends and traditions from filling the gaps in Matthew’s account.

The King James Bible calls the visitors “wise men,” which translates the Greek term “magos” (plural “magoi”). The Latin Bible transliterates this term into the Latin plural “magi,” by which they are also frequently known in English. The Greek word “magos”/“magoi” is an interesting one. Linguistically, it is a transliteration of the Persian term “magush,” referring to the ancient Zoroastrian priestly caste. In Greek, the term “magos” had become a much broader word for a person learned in arcane lore — hence “wise men.”https://e0c9e407d0bf4bb742d4465a89f2ff4f.safeframe.googlesyndication.com/safeframe/1-0-37/html/container.htmlReport ad

In the New Testament, “magos” is also used to describe the sorcerers Simon Magus (Acts 8:9-13) and Elymas (Acts 13:6-11). Our modern term “magician” is simply an anglicization of the Latin “magus”/“magi.” The fact that they learned of the birth of Christ by observation of the stars has led many to assume they were astrologers (Matthew 2:2, 9).

The idea that the magi were “three kings,” as the traditional hymn declares, derives from later Christian tradition. The three famous gifts of the magi — gold, frankincense and myrrh (Matthew 2:11) — may imply there were three givers, though there could have been many more. Their alleged royalty is nowhere implied in the New Testament, although the fact that Herod and the priests of Jerusalem were willing to meet with them, along with the great value of their gifts, certainly implies some sort of wealthy and aristocratic status.

The ethnicity of the wise men is also uncertain, a fact that has only served to fuel speculation. Matthew merely states they are from the “east” (2:1). A literal reading of the Persian title of “magos”/“magush” might imply that they were Zoroastrian priests, who (according to Zoroastrian scripture) were awaiting the coming of a messiah they called the “saoshyant.” Zoroastrian scripture prophesied that he would bring about the triumph of righteousness and the resurrection. On the other hand, it is quite possible that the magi were Jews living in Babylon — then a province of Persia — where many Jews were residing at the time of Christ.

Daniel Peterson founded BYU’s Middle Eastern Texts Initiative, chairs The Interpreter Foundation and blogs on Patheos. William Hamblin is the author of several books on premodern history. They speak only for themselves.

Is it possible, or has anyone studied the idea that the Three Wise Men could have been sent from the Lost 10 Tribes? Clearly, they would have been looking for the Messiah, have their own scripture, and be from an obscure origin as well.

I have long believed that the wise men from the East were priests/Rabbis living in Babylon. A small percentage of the Jews returned after the Babylonian captivity and right up until the 20th century their was a thriving authoritative Jewish community living in what was the remnants of the Babylonian empire - now Iraq. It would make sense to me that God would send simple shepherds to witness the birth of his son as well as spiritual leaders in the "eastern" community to bring the word back to the people in that part of his kingdom. The fact that we hear little about "eastern" Judaism in the new testament doesn't mean that righteous witnesses were not available there