Who Controls My Child’s Education: The Government or Me? | Meridian Magazine 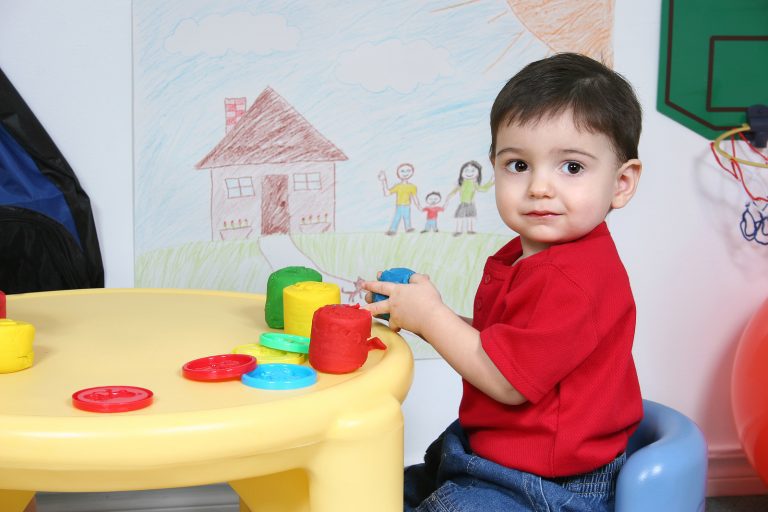 Who Controls My Child’s Education: The Government or Me?

With the American Families Plan being pushed in Washington DC, with part of its funding earmarked to implement programs to take care of our children at younger and younger ages, all parents should ask themselves if their children will obtain a better education and valuable skills at home with family or under paid supervision by the government. More importantly, do we as parents want to make those decisions ourselves, or do we want the government to make them for us?

Shortly after coming into office, President Biden presented a bill called the American Families Plan, part of which gives 3-4 year olds free all-day preschool and daycare by government-run programs. At a press conference April 29th, Nancy Pelosi stated, “Universal Pre-K, I love that because it’s children learning, parents earning.” Biden proposed a 35 percent, $139,158,000,000, budget increase in part to cover the cost of this pre-k and daycare. The “high-quality education” for preschool would be led by a well-trained and well-compensated workforce.

Is this what parents want? To turn our children over to the government as early as possible?

History shows that the best environment in which to raise healthy, well-adjusted children is a married, two-parent family. Polls reveal that a growing number of mothers want to stay home to raise their young children, but that if they have to work, they want their children in family care, not government-run day care.

One mother’s experience with all-day kindergarten

I registered my five-year-old son (my third child of four boys) for kindergarten this past year. He was excited to go to school for the first time to learn with peers and be a social butterfly, just like his big brothers. When the school emailed me his schedule, I was surprised to find it was for full-day kindergarten. Since full-day kindergarten was now “free,” all schools in my area had dropped their half-day program. Whereas I wanted to ease my child into school part-time, now I would have to give him up for the entire day. I knew he would not be able to learn for seven hours each day, so to me the system would just be a glorified babysitter.

I was not about to hand over this important stage in my child’s life to anyone else, since the first six years are the most crucial for a child’s learning and development.  That was when I made the decision to pull my son from public kindergarten and homeschool him. Sure, he may have missed out on some positive experiences by not interacting with other kids his age, but we both feel he gained a lot more from being at home with me. We focused on learning at his pace, and on his interests. His opinion was heard, and as a plus we were able to bring religion into learning. Best of all, we made wonderful memories together. Looking back, I would not give up that extra time with him for anything.

My son is now in first grade and attends a local charter school like his older brothers did. Parents have options when it comes to their children’s education. Some may choose to homeschool full or part time, while others place their children in public or charter schools. Whatever our circumstances, as parents we need to be involved in our children’s education. We need to decide if, when, and to what extent the government should be involved in their growing-up years.

Studies have shown that the extra hours at school and in full-day paid programs do not make any beneficial difference long term.  Research Addict published an article called, Full-day kinder improves math and reading (temporarily), not behavior, which found that by third grade, any advantage of full-day kindergarten over half-day was gone; the half-day kindergarteners had caught up. There were also more negative emotional effects with full-day kinder children.

Jama Pediatrics and Harvard researchers also noted that younger children are often misdiagnosed with ADHD, intellectual disability, and depression. Kim McDonald from Intellectual Takeout expressed, “if a child has a hard time sitting still and paying attention, is not catching on to the learning material as quickly as her peers, or is showing signs of depression, it could very well be that she is simply younger than the other kids. She may not yet be developmentally ready to listen and learn, and the disconnect between her own timetable and the school’s artificial one may cause her emotional turmoil.”

There is not much advantage to the full day curriculum. The negative aspects far outweigh the good, yet parents are being told it is a great opportunity that they need to take advantage of simply so they can be “children learning, parents earning”.

What is the current public education system teaching our children?

As parents ask themselves whether the government should take on the responsibility of raising our young children, we also have to ask what, exactly, they are teaching our children who are already at school. Here are a few of the controversial things our public schools are teaching children:

The teaching of controversial topics to our children is not just a problem in the United States, but a global issue.  Germany, Sweden, Hungary, Canada, and other countries have been teaching these conditioning strategies for years.

According to Kimberly Ell’s recent article in The Daily Signal, global organizations want to “free children from the oppressive grasp of their parents.”  The United States is not leading this revolution, we are following it.  Organizations like the UN and its various branches are challenging parental rights and pushing for children’s autonomy.  E.T. Sullivan once wrote: “The greatest forces in the world are not the earthquakes and the thunderbolts. The greatest forces in the world are babies.” The UN organizations know it, our government knows it. Do we, as parents, know the power we hold in the family?

“A nuclear family headed by two loving married parents remains the most stable and safest environment for raising children,” stated Brad Wilcox in his article, The Nuclear Family Is Still Indispensable. As parents face the difficult decisions on if, when, and where to send their children to school, it is important to know what they will be facing, the things they will be exposed to, and the influence the public system might have on their young minds. With studies showing little to no benefit from extra hours at school, harmful emotional effects, and misdiagnoses, it is parents who need to decide what the best option is for their children and family. Let us use our freedom to make educated decisions that will benefit those we love the most.

Lisa N. Hickman, “Who Should Care for Our Children? The Effects of Home Versus Center Care on Child Cognition and Social Adjustment,” Journal of Family Issues 27 (May 2006): 652-684.

Loeb, Susanna, Margaret Bridges, Daphna Bassok, Bruce Fuller and Russell W. Rumbergerd. “How much is too much? The influence of preschool centers on children’s social and cognitive development.” Economics of Education Review 26, 1 (February 2007): 52-66.  http://ideas.repec.org/p/nbr/nberwo/11812.html

Thank you for this valuable information and for your informed perspective. It seems that it's increasingly important for parents to pay attention to what is happening with their kids at school. I think you made a wise move to turn to homeschooling for the beginning of your child's education.