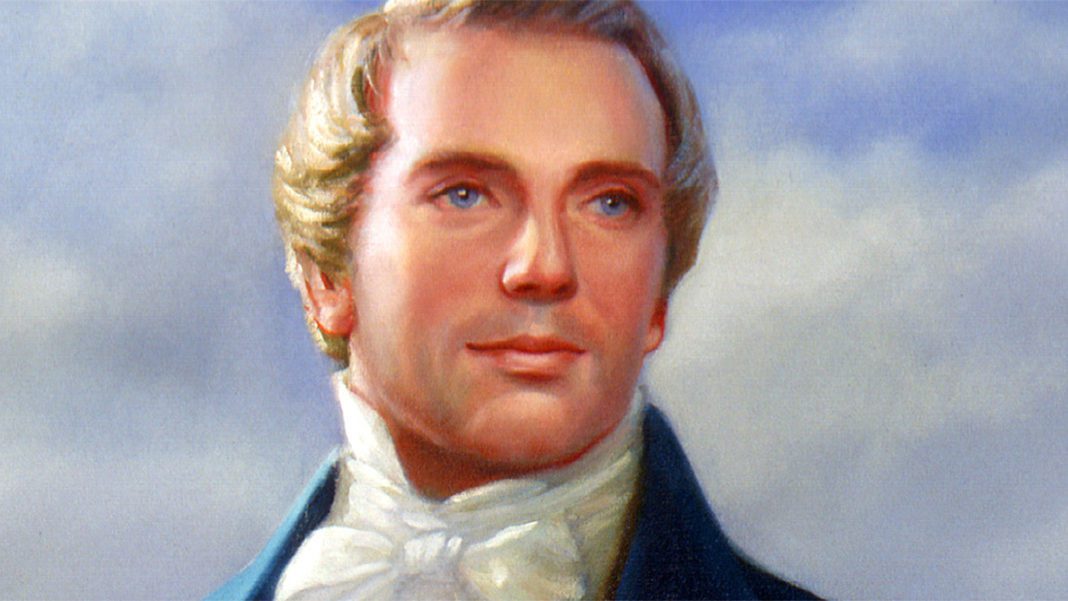 When You’re Facing Doubts: Faith, Trust, and Prior Knowledge

On several occasions over the past few years, in various venues — see here, for example — I’ve published a list of four books that I recommend as a kind of “basic  packet” for people struggling with their testimonies, and I’ve explained that I think it important to preemptively strengthen faith as well as to fend off attacks, criticisms, or doubts.

Let me explain a little bit of what I have in mind:

Suppose that, one day, you hear a shockingly negative report about someone.  What effect will the report have upon your opinion of that person?

Suppose that this report is the first thing you’ve ever heard about him.  In that case, the report will almost inevitably color your opinion of him in a fundamental way, because it’s the only “color” you have for him, the only information that you possess about him.

Suppose, as an alternative scenario, that you’ve known him to be a bad sort for a very long time.  You’re not surprised to hear this latest account, and it fits right into the picture of him that you’ve had in your mind for years.  It won’t require a lot of additional evidence — if, indeed, it requires any further evidence at all — to persuade you that the report is true.  The new account doesn’t fundamentally transform your opinion of the person, but it does reinforce your pre-existing opinion.

Now suppose, instead, that this person has been a friend of yours for several decades.  You’ve always known him to be good, honorable, reliable, and kind.  The report that you’ve just heard about him simply doesn’t fit with the man you know, doesn’t seem consistent with his character as you’ve observed it over the years.  You don’t necessarily pronounce the report a lie, but you’re certainly more inclined to withhold judgment, to give him the benefit of the doubt, to suspend your verdict until you can get his side of the story.  It’s going to take quite a bit of solid evidence to persuade you to revise your long-standing opinion of your friend.

Now, I think that this parable, if you will, can be applied to both Joseph Smith and the Book of Mormon.

If someone runs into an argument against the Book of Mormon, the weight that she is going to give to that argument will depend, to a significant degree, upon her general evaluation of the Book of Mormon.  If she’s studied it and found it rich with spiritual treasures, she’ll be more inclined to minimize the argument’s force than if she doesn’t know the Book of Mormon very well and doesn’t value it, let alone if she already holds the book in contempt or derision.  But she will also be more resistant to this argument against the Book of Mormon, in my view, if, having read Richard Anderson’s Investigating the Book of Mormon Witnesses, she is persuaded that the Witnesses were telling the truth about the plates and the angel and the confirming voice of God.  And, likewise, if she’s read Grant Hardy’s Understanding the Book of Mormon and is convinced that Nephi, Mormon, and Moroni were distinct historical individuals, it’s going to be much more difficult for her to be won over to the view that Joseph Smith just made the whole thing up, including them.

In a similar fashion, imagine that a Church member runs into claims about Joseph Smith and early Mormon plural marriage that disturb him.  (This rather murky topic is, perhaps, the single most difficult, most challenging, Latter-day Saint historical issue.)

There are some excellent scholarly resources on the question — including, for example, Gregory L. Smith’s review “George Smith’s Nauvoo Polygamy,” in the now defunct FARMS Review 20/2 (2008): 37-123 (still available online at https://publications.mi.byu.edu/fullscreen/?pub=1431&index=4), and the anthology, edited by Newell G. Bringhurst and Craig L. Foster, entitled The Persistence of Polygamy: Joseph Smith and the Origins of Mormon Polygamy.  (I find three essays — Don Bradley, “Mormon Polygamy before Nauvoo? The Relationship of Joseph Smith and Fanny Alger”; Brian C. Hales, “Joseph Smith and the Puzzlement of ‘Polyandry,’”; and Craig L. Foster, David Keller, and Gregory L. Smith, “The Age of Joseph Smith’s Plural Wives in Social and Demographic Context” — especially useful.)

But the nature of the sources is such that it probably isn’t enough merely to fight a rearguard action on this issue — particularly in our society, which tends, for very good reason, to be deeply cynical about sexual matters and very aware of hypocrisy concerning them.  We’ve seen far too many philandering preachers, far too many hypocritical “family values” politicians.  What needs to be done is to examine carefully the question of Joseph Smith’s general character.  Is he the kind of man who, when difficult and seemingly irresolvable issues arise, should be given the benefit of the doubt?

Mark McConkie’s impressive collection of eyewitness testimonials (Remembering Joseph Smith) argues powerfully that he was a good, honorable, reliable, and kind man whose character does, indeed, merit that kind of trust.  And John Welch’s anthology of articles (Opening the Heavens), along with the Anderson and Hardy books, supplies strong evidence that he did genuinely receive divine revelation.